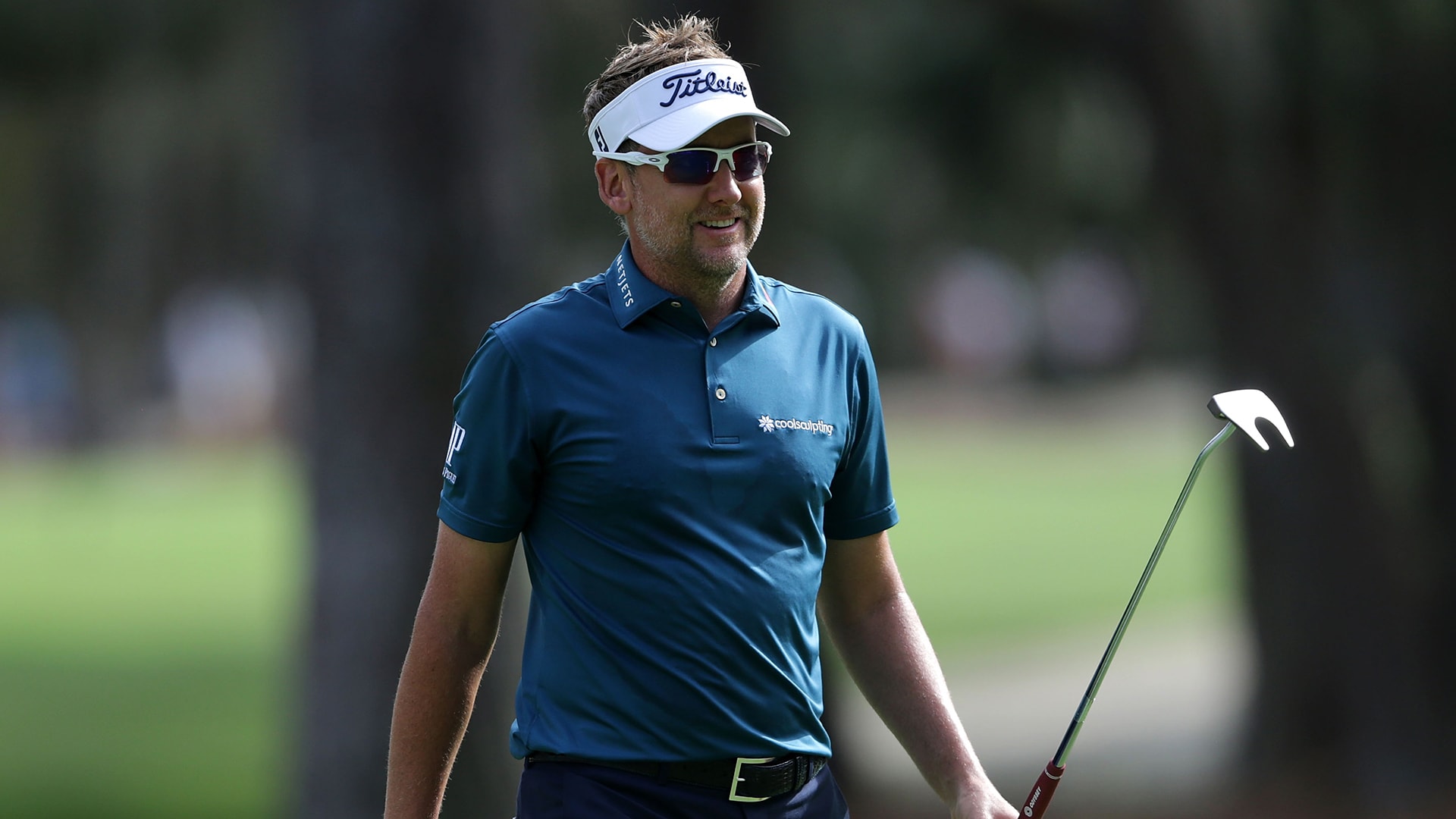 HILTON HEAD ISLAND, S.C. - The resurgent Ian Poulter shot a 4-under 67 on Saturday to take a one-shot lead into the final round of the RBC Heritage, putting him in position for his second victory in three weeks.

Before April, Poulter had not won on tour in more than five years. Now, he's one more solid round away from adding another title to his dramatic win at the Houston Open on April 1.

No joke, Poulter's play is for real.

Seven of the Englishman's last 11 rounds have been in the 60s after having just three such showings in his first 20 rounds this season. His latest left him at 13-under 200, and a stroke ahead of Luke List (67) and Si Woo Kim (68).

Poulter and his chasers will have a quick turnaround Sunday with tour officials starting play at 7 a.m. and going off in threesomes on both tees because of expected bad weather in the afternoon.

C.T. Pan and Billy Horschel, both with 67s, were another stroke back at 11 under, and Kevin Kisner (66) and Chesson Hadley (69) were three shots behind at 10 under.

Poulter made his run in spurts, moving out front with birdies on the fifth and six holes before getting his last two on the 12th and 13th. He saved par out of the bunker on the par-3 17th, rolling in a rock-solid 6-foot putt and making a routine par on the signature lighthouse hole, the 18th, to stay in front.

Kim was in front at 12 under after birdies on the eighth and ninth holes. He fell back with bogey on No. 12 and could not catch Poulter down the stretch.

List took off with three straight birdies on Nos. 14-16. List, who finished second earlier this season at the Honda Classic, is seeking his first PGA Tour win.

Second-round leader Bryson DeChambeau had the confident stride of a pending winner with his first solo 36-hole lead as a pro - at least until the third round got going. After grabbing a two-shot lead with a birdie on No. 1, DeChambeau imploded with a triple-bogey eight on the normally birdie-able par-5 second.

DeChambeau struck his second shot past the green and out of bounds by some condos. He fluffed his fifth shot into a bunker, then missed a 5-foot putt for the dreaded snowman.

Three holes later, DeChambeau botched another par 5, the fifth, by rolling his blast from a bunker off the green and into a sprinker cover.

''Unbelievable what's happened on the par fives today,'' DeChambeau said as he saw his ball.

DeChambeau had been 6-under par on Harbour Town's three par 5s the first two rounds. He played them in 3-over Saturday on the way to a 75 to fall seven shots back.

In his only two previous appearances here Johnson missed the cut badly - at 16 over in 2008 and 5 over in 2009. This time, he to channel the game that's made him the world's top-ranked golfer for more than a year. Instead, Johnson had bogeys on four of his first 11 holes before rallying to finish with a 72 and was 10 shots in back of Poulter.

Again, Johnson pointed to putter problems this week. Johnson missed five birdie putts of 16 feet or less on the front nine. ''Around here, you've got to hole some putts if you want to compete,'' he said.

Johnson said the early call will be difficult as the winds pick up on what has been an unusually mild layout.