FIANO, Italy – Robert Rock birdied his last five holes for an 8-under 64 to join fellow Englishman Chris Wood with the lead after the first round of the Italian Open on Thursday.

Rock and Wood were one stroke ahead of Scott Jamieson of Scotland, Rafael Cabrera-Bello of Spain and Thorbjorn Olesen of Denmark.

Rock and Wood are seeking their first European Tour titles at the Royal Park Roveri club just outside Turin.

Rock produced 10-foot birdie putts at two of his last three holes, while Wood holed a 12-foot eagle putt on the par-5 eighth.

Wood has twice finished in the top five at the British Open. He was the low amateur when he tied for fifth in 2008 at Royal Birkdale.

With the U.S. Open next week, Manassero and Molinari are the only two players in the game’s top 50 entered.

Manassero has had two tour victories since making his professional debut in this event a year ago, making him the first player in European Tour history to win twice before turning 18.

“My first full year as a professional has been more than I could ever have imagined,” Manassero said on Wednesday. “It would be fantastic to put my name on the trophy alongside Francesco’s. Winning my home open is definitely something I want to achieve sometime in my career.' 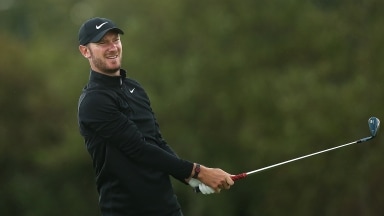 Chris Wood birdied the 18th hole to card his second 65 of the KLM Open on Saturday and take a one-shot lead into the closing round. 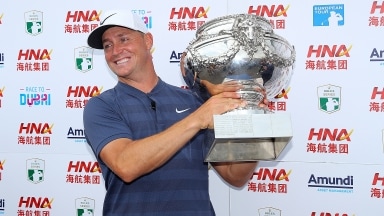 Alex Noren won the HNA French Open by one shot on Sunday after a final round 4-under 67. It marks his 10th career win on the European Tour. 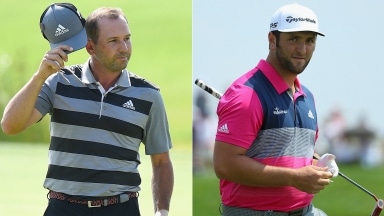 Garcia, Rahm in fight to finish at the French