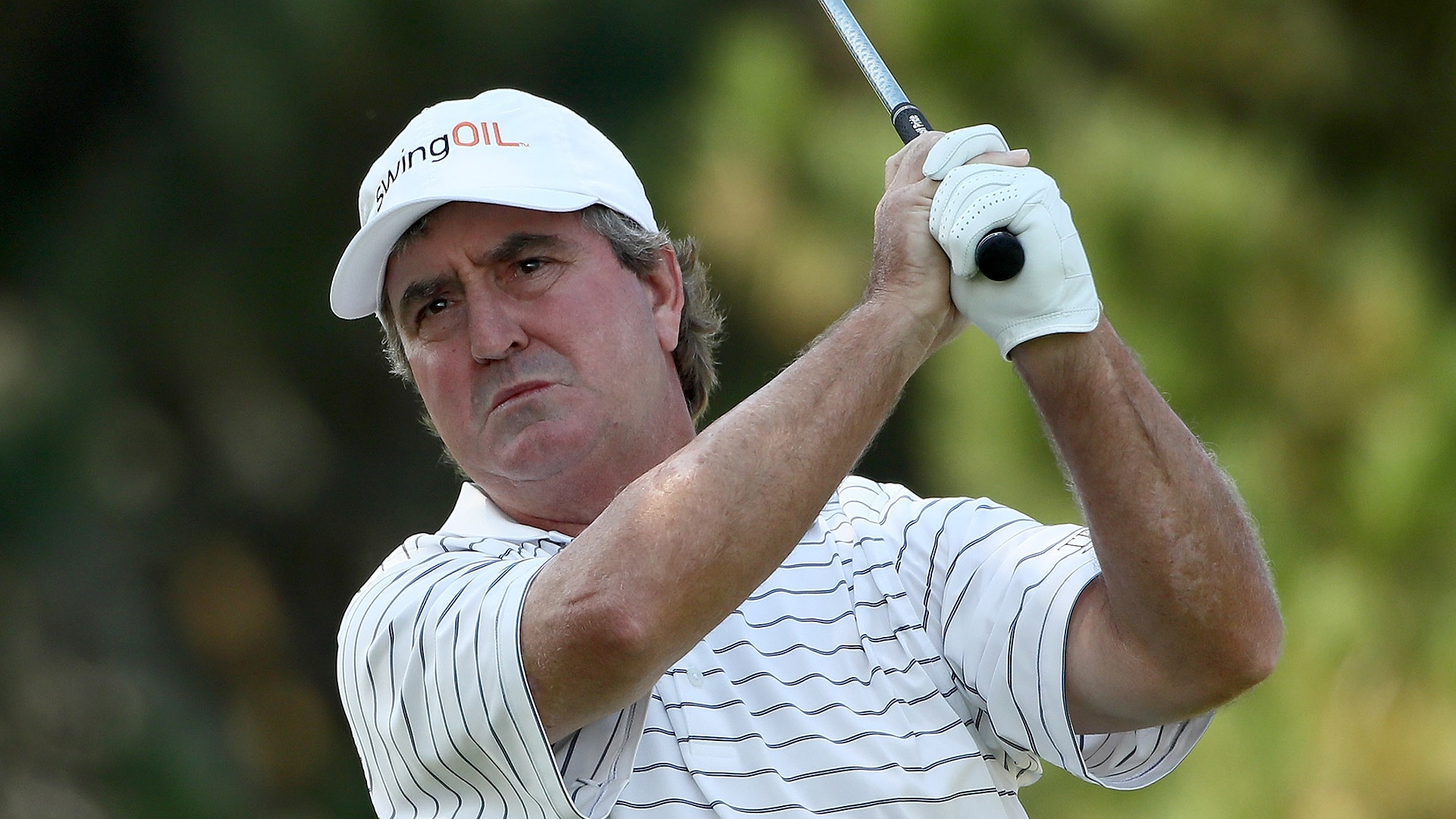 BILOXI, Miss. - Gene Sauers shot a 9-under 63 to take a one-shot lead after the second round of the Mississippi Gulf Resort Classic on Saturday.

The 54-year-old Sauers started the day three shots behind leader Joe Durant at Fallen Oak, but moved up the leaderboard with five birdies and an eagle on the front nine. He made bogey on No. 10, but recovered with three birdies over the final eight holes. He's at 12 under for the tournament.

Defending tournament champion Miguel Angel Jimenez shot a 66 and is alone in second place, one shot behind Sauers. Glen Day (67) and Durant (69) are both three shots off the lead.

John Daly was in contention after shooting a 69 on Friday, but faded with a 1-over 73 on Saturday.