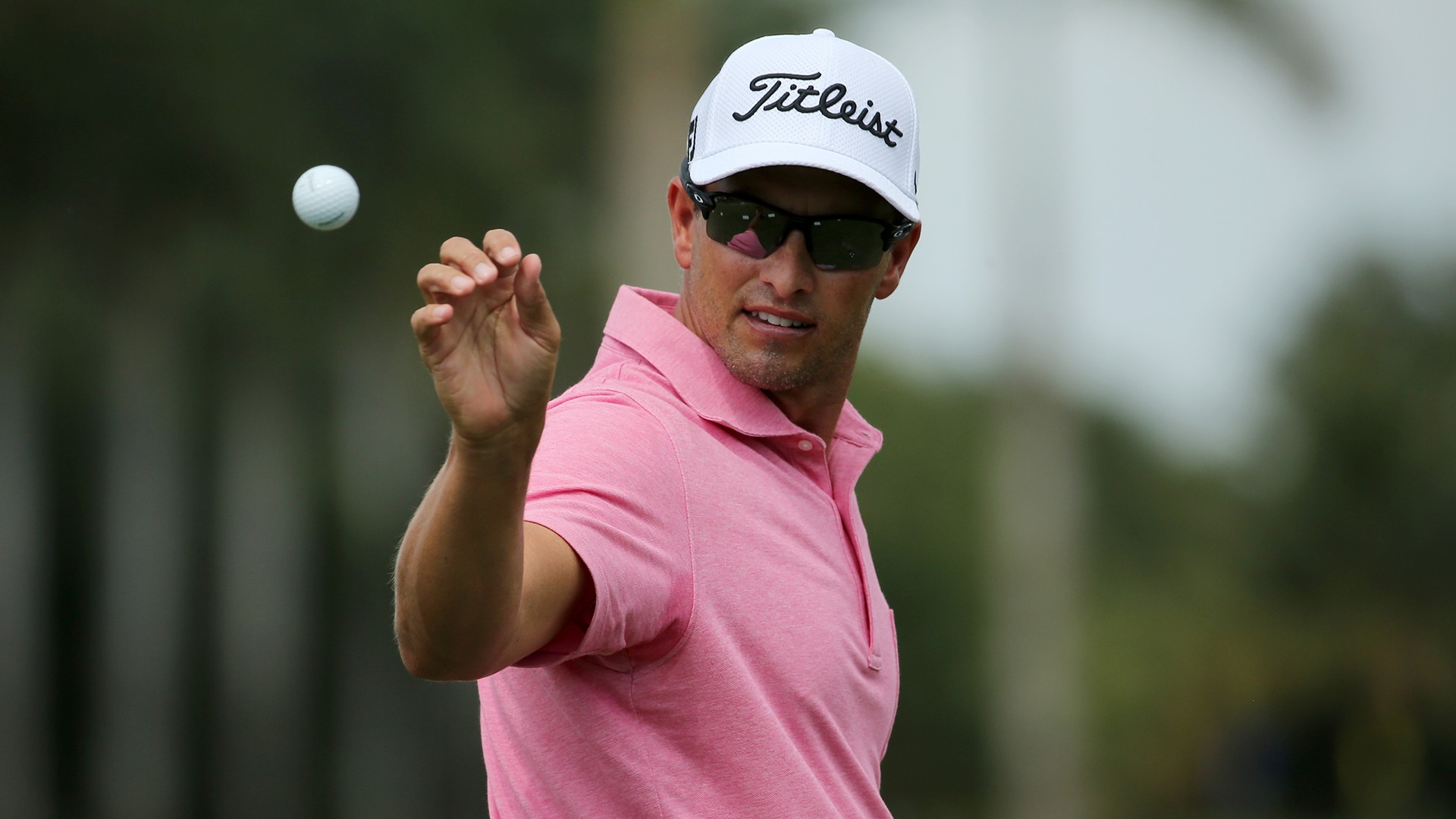 DORAL, Fla. - A rare instance of Adam Scott seeming less than pleased Friday came after his first putt on the par-4 16th, when he miscalculated the speed and left the 30-footer well short.

Of course, that was after he drove the green on the 315-yard hole and had to merely settle for a two-putt birdie.

Otherwise, there wasn't much for Scott to dislike during the second round of the Cadillac Championship. His 6-under round of 66 got him to 10 under for the tournament and put last week's winner of The Honda Classic two shots clear of Rory McIlroy and defending champion Dustin Johnson at the midway point of the first World Golf Championships event of the season.

''Overall, it was a lot of good stuff,'' Scott said. ''Enough quality shots and enough quality putts to negate a couple of mistakes out there, but they can easily happen on this golf course. So I'm glad there was enough of the good stuff to keep me up on top and kind of setting the pace after halfway.''

Scott made eight birdies, including three straight on holes 15, 16 and 17 to strengthen his grip on the lead.

''I'm probably a little more relaxed this week leading going into the weekend than if I hadn't won last week,'' Scott said. ''A 36-hole lead doesn't mean that much, unless it's by about 10. I could tee off tomorrow and not be leading. I'm going to have to play a good couple of days and try to keep moving in the right direction while the conditions are allowing us to.''

He's right - with relatively gentle breezes, the Blue Monster wasn't exactly defenseless but scores were there to be had Friday, as in the opening round. There were 25 rounds where a player went under 70 at Doral last year; so far this year, the count is already at 21 with the weekend left to go.

Johnson shot a flawless 64, eight birdies and no dropped shots on the way to the best round of the day. McIlroy shot a 65 for his share of second place after two rounds, and Danny Willett (66) was alone in fourth at 7 under.

''I think the golf course is fantastic,'' Johnson said. ''It's in great shape. The greens are perfect. It's not an easy golf course.''

McIlroy announced his arrival with a four-hole barrage of birdies on the front side, but the catalyst to all that, he said, was what came immediately before that streak. Going with a left-hand-low grip this week on the greens, McIlroy made a testy 7-footer to save par at the par-3 fourth hole - and that's when the run of birdies started.

''There was a lot of big momentum putts in there that I have not been holing,'' McIlroy said. ''So to see those drop today and to be as comfortable as I was, it feels really good and obviously I'm very happy with where I'm at going into the weekend.''

Phil Mickelson got to 9 under at one point, leading by three - until the two shortest holes on the course led to his undoing.

Mickelson three-putted from 55 feet for bogey on the 191-yard 13th, and made an enormous blunder at the 139-yard 15th by putting his tee ball into the water. That led to double-bogey, the only one made on the hole all day and essentially costing him nearly 2 1-2 strokes against the rest of the field. Mickelson made a 5; on average, everyone else made 2.68.

''I just kind of lost my train of thought,'' Mickelson said. ''I'll be fresh and ready for the weekend. I feel like I'm driving the ball extremely well and my iron game is sharp. And even though that back nine wasn't what I wanted, it was kind of an anomaly. It's going to be a good weekend.''

DIVOTS: Bubba Watson, who has contended at Doral in each of the last two years, shot his second straight 69 and is four shots back. ... Jordan Spieth made bogey on his final hole and shot even-par 72, leaving him seven shots off the lead. ... Brandt Snedeker, who shot 76 on Thursday, withdrew Friday citing a rib injury. ... Marcus Fraser, who shared the lead after the opening round despite flying in from Australia earlier in the week, seemed to have fatigue catch up with him. He shot 77.