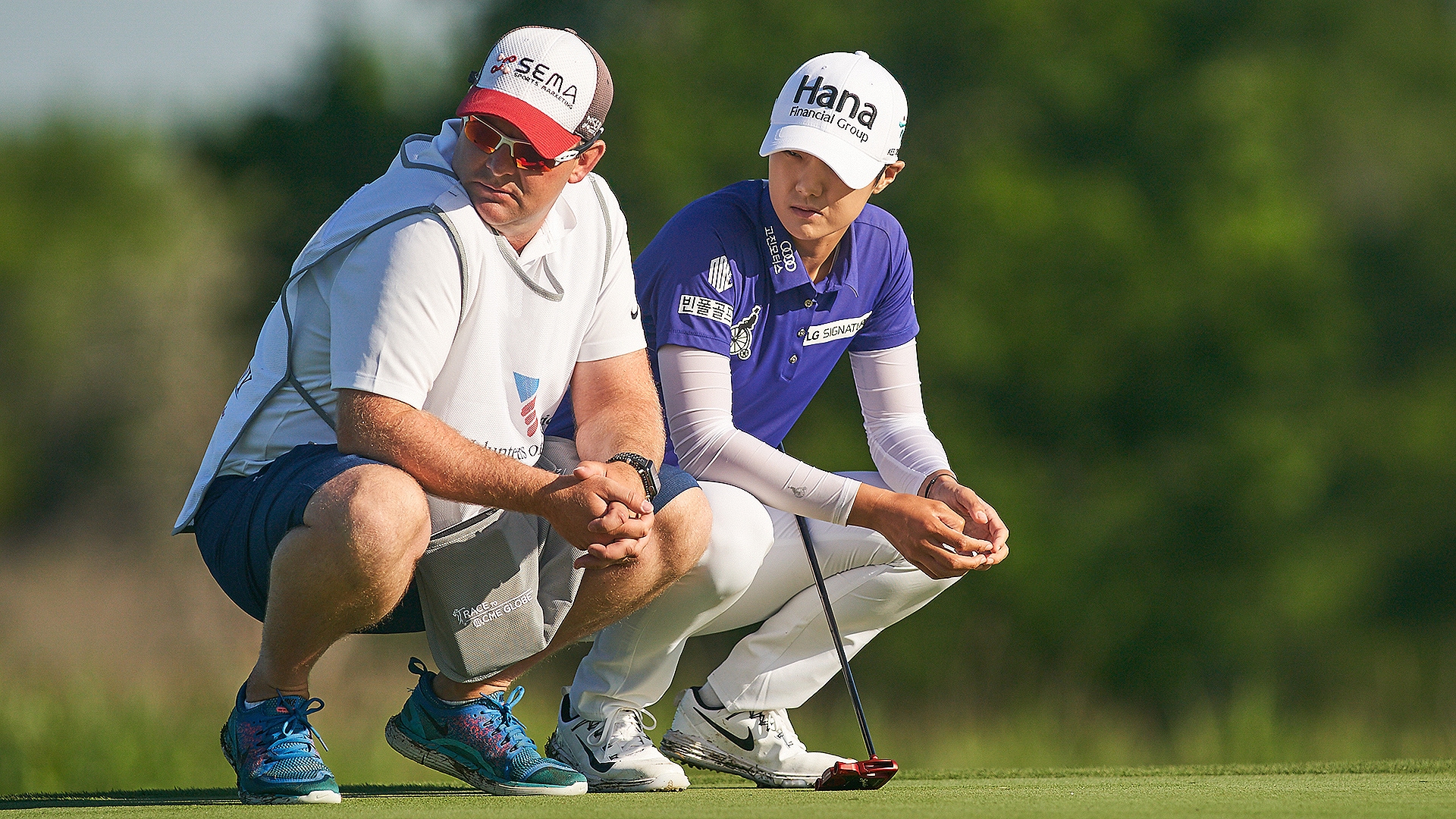 THE COLONY, Texas - Sung Hyun Park got to 6 under through 14 holes before play was halted by darkness in the weather-delayed first round of the abbreviated LPGA Texas Classic on Friday.

After Thursday's play was canceled and Friday's began after an 8 1/2-hour rain delay, the tournament was reduced from 72 holes to 36. There will be no cut, but only the top 70 and ties in the 144-woman field will win prize money.

Park, last year's U.S. Women's Open champion and the top-ranked player in the field at No. 5, had seven birdies and one bogey to top the leaderboard at the 6,475-yard Old American Golf Club, which is hosting the event for the first time.

Fellow South Koreans Jenny Shin and Sei Young Kim were 4 under through 14 and 12 holes, respectively. Shin collected her only LPGA victory two years ago at the tournament's previous home, Las Colinas Country Club in Irving.

Half the players did not start their first rounds. Last week's winner Lydia Ko and another former No. 1, Ariya Jutanugarn, were at 2 under through 14 holes, as was Hall of Famer Laura Davies.

Celine Boutier of France shot a 1-under 70, the best score among the dozen players who finished the first round on Friday. She took a three-hour nap after her 7 a.m. tee time was pushed back to 3:30 p.m.

''I was really surprised,'' she said. ''We had barely any wind, and I feel like the course drained really well. There was no casual water except for maybe a couple of holes.''

The first round was postponed from Thursday after only 34 golfers completed one or two holes because of morning rain and afternoon wind.

This will be the LPGA's first 36-hole event since the Bahamas-LPGA Classic in May 2013, which encountered flooding.

Rules official Marty Robinson said the decisions to halt Thursday's play after just over an hour and then to reduce the tournament to two rounds were ''tough choices.''

''You do what you have to do to get an official golf tournament,'' Robinson said. ''The maintenance staff did a fantastic job getting the golf course ready.''

No spectators were allowed on the grounds Friday because of the muddy course and unpaved parking area.

''I've been doing this a couple of decades, and I can only think of it happening a couple of times,'' Robinson said. ''That (fan safety) would be the only reason.''