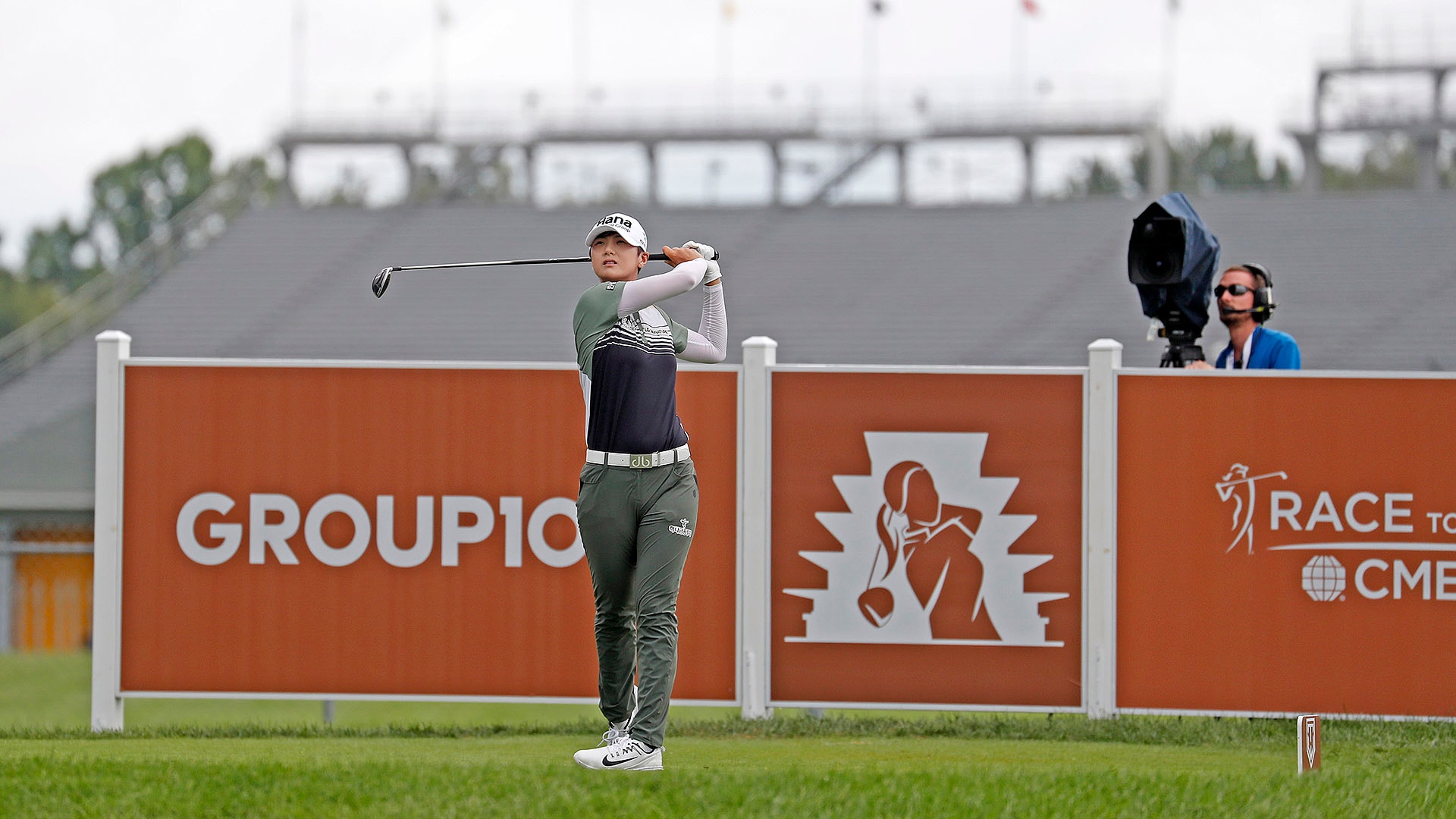 INDIANAPOLIS - Sung Hyun Park relied on the same, steady style that has helped make her one of the LPGA's top players. When her putts kept rolling in Friday, she was virtually unbeatable.

Park shot a 9-under 63 for a share of the lead with Lizette Salas during the suspended second round of the Indy Women in Tech Championship.

''The best round of the year,'' the South Korean player said through an interpreter. ''My putting overall was what really helped.''

Salas, the first-round leader after a 62, had a 69 to match Park at 13 under at Brickyard Crossing. Danielle Kang and Nasa Hataoka were two shots back.

''It was going to be hard to top that 62 yesterday but I stayed patient,'' Salas said. ''This was a completely different golf course, so I had to change my mentality a little bit and I had to forget about the 62 in a way and just go back to what I was doing.''

Nothing rattled Park on a sticky, overcast day.

''I worked on my short game the most, especially measuring the distances,'' Park said. ''It paid off.''

After more rain drenched the already saturated layout around the Indianapolis Motor Speedway, Park completed the round by putting out in a downpour that forced the afternoon groups to contend with a delay of nearly four hours.

In between the showers, the world's fourth-ranked player performed like a two-time major champion.

She birdied three of the first five holes to reach 7 under, started the back nine with three straight birdies then took the lead with her ninth and final birdie of the day on the par-4 17th.

Rather than take advantage of the course's soft greens, the 29-year-old American needed patience Friday. She opened with 12 consecutive pars then made three straight birdies on Nos. 4-6. After her first bogey of the tournament, on the par-4 eighth, Salas closed out the round with another birdie to tie Park.

Salas hasn't won since the 2014 Kingsmill Championship, but she's developed a real affinity for the Indy course where she's had five consecutive sub-par rounds dating to last year's fifth-place finish.

Kang, who kept Salas composed during a 77-minute rain delay Thursday, had a 68 to get to 11 under.

''I've been giving myself a lot of birdie chances,'' Kang said. ''That was my goal this week. I just have been feeling like I was in a little bit of a funk, so I told my caddie we were just going to pick a number, play my game, forget all the swing thoughts, forget everything and just kind of play it by feel.''

Kang hasn't recorded a bogey over the first 36 holes and is in contention for her first tour victory last year's KPMG Women's PGA Championship.

Angel Yin, the 19-year-old Californian who was tied for second with Hataoka after the first round, was 10 under with eight holes left. Yin was tied for fifth with Thidapa Suwannapura of Thailand and Amy Yang of South Korea, who also had eight holes to go.

Defending champion Lexi Thompson started on the back nine and birdied the par-3 12th and the par-4 16th. She was 6 under with 10 holes remaining in the second round.

And the course could change dramatically as it dries out.

Park promises to be ready for whatever weather arrives.

''I'm going to do really well,'' she said. ''I feel really good about my game, especially my short game. And it's just about the weather now, so hopefully the weather is good.''