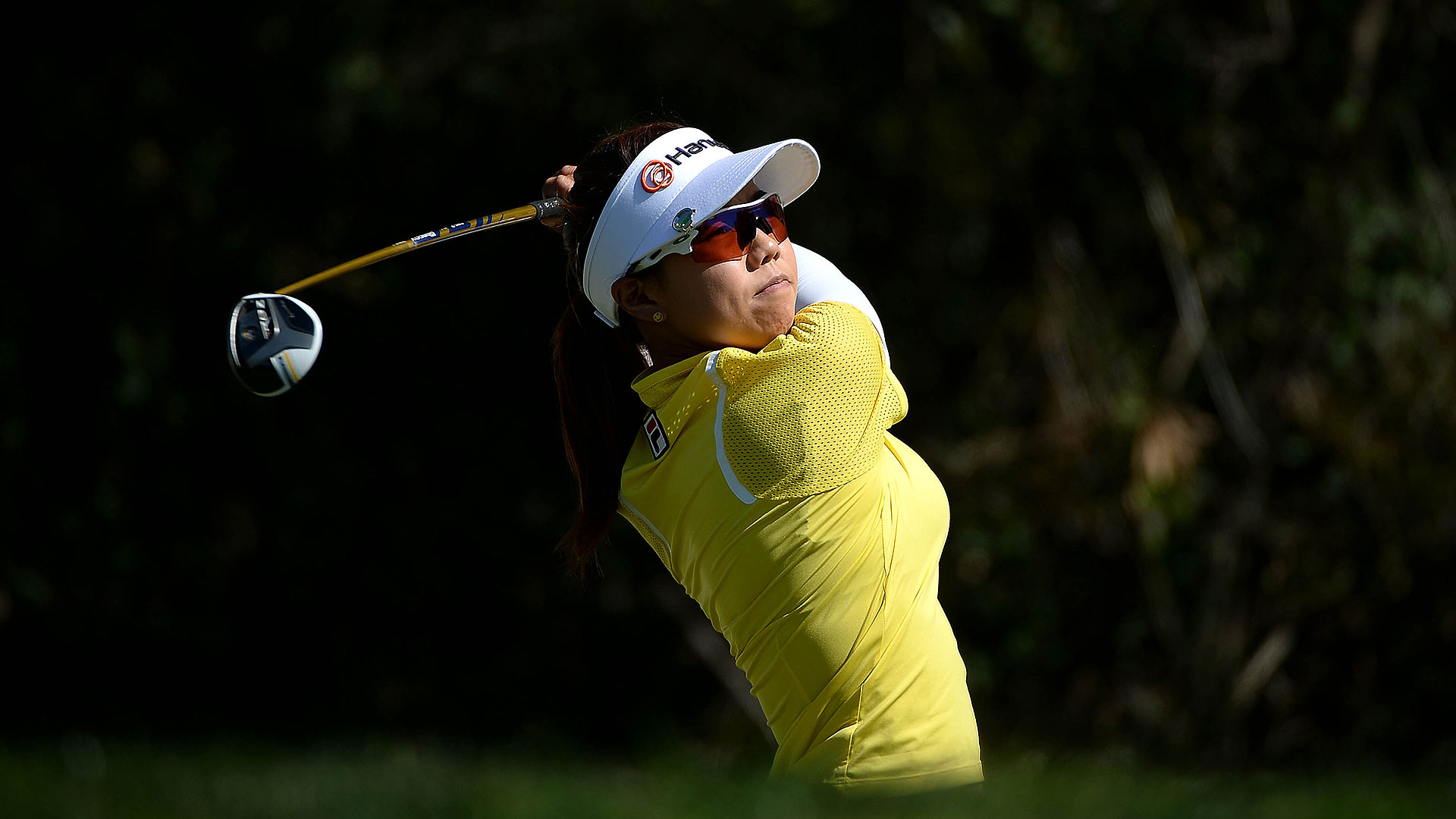 Shin birdied five of her first eight holes and had a 7-under 65 to reach 10-under 134 at Aviara in the final event before the major ANA Inspiration next week in Rancho Mirage.

''It was a really good round,'' Shin said. ''I hit great shots. I hit great putts. I had a lot of 6-footers for birdie, so it was a good day. ... I think I did a good job placing my ball in the right position and getting the right clubs.''

The 23-year-old South Korean player is winless in her LPGA career.

''I certainly see myself improving every year,'' Shin said. ''I feel like in every aspect of the game I'm improving just a little bit.''

''I didn't strike the ball as well as I did yesterday, especially on my back nine. I had to make up-and-down from a few places,'' Ko said. ''The rough is rough, so when you get in there, it's tough to get close to the pin or even on the green sometimes. Sometimes I got fortunate, but other times I was able to scramble and I think that's the most important thing around here.''

The 18-year-old Ko was second Sunday in Phoenix in the Founders Cup.

''I can't believe our first major is already around the corner next week,'' Ko said. ''This is a great swing of events, the Founders Cup, Kia Classic and, obviously, the ANA Inspiration. It's a fun few weeks. I've just got to enjoy it. I haven't played as best as I think I could have at ANA, and I think my personal goal is to try and have my personal-best finish.''

Lang is coming off a ninth-place tie in Phoenix.

''It feels really good, especially to have a bogey-free round out there in the afternoon,'' Lang said. ''Again, super sharp. I was swinging really good at it and made some nice putts coming in. Stayed aggressive. Feels really good to be in contention again.''

Phoenix winner Sei Young Kim followed her opening 72 with a 74 to make the cut by a stroke at 2 over. Last week, the fifth-ranked South Korean player matched Annika Sorenstam's LPGA scoring record of 27 under, closing with a 10-under 62 for a five-stroke victory.

Defending champion Cristie Kerr missed the cut with rounds of 73 and 76.