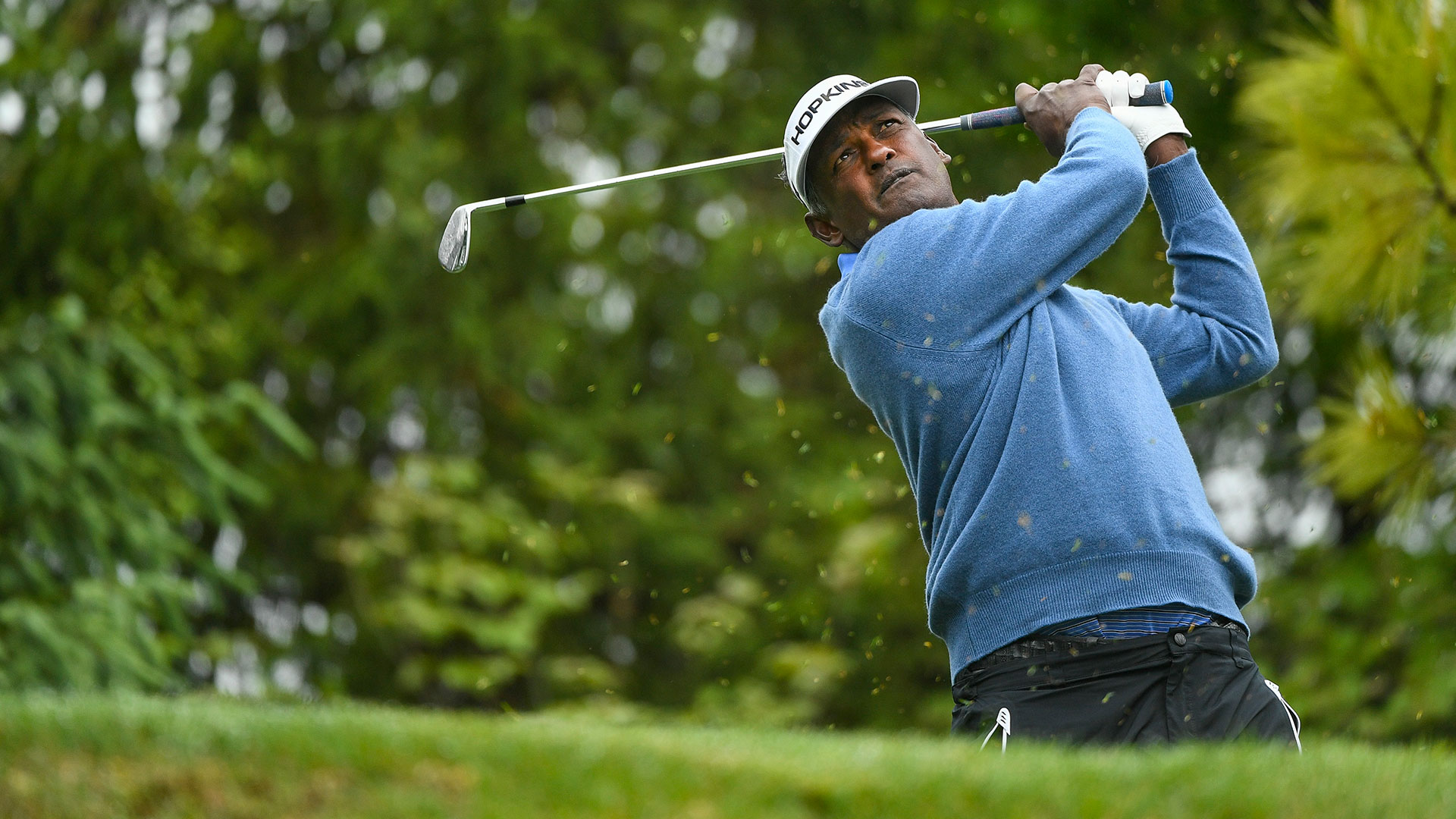 RIDGEDALE, Mo. – Carlos Franco and Vijay Singh teamed up to shoot a course-record 12 under par on Sunday to rally from seven shots behind and win the PGA Tour Champions' Bass Pro Shops Legends of Golf at Big Cedar Lodge.

Franco and Singh finished at 15 under overall over the rain-shortened 36-hole tournament at the par-3 Top of the Rock course, holding off a trio of teams that finished a stroke back.

The win is the first on the PGA Tour Champions for Singh, and it's the second for Franco.

Among those who finished at 14 under were first-round leaders Jeff Sluman and Fred Funk, the winners of the tournament in 2014. The duo opened the tournament with a then-course record 10 under on Saturday and finished tied for second with the teams of Paul Goydos and Kevin Sutherland and Corey Pavin and Duffy Waldorf.

After heavy rain washed out Friday's opening round and cold and misty conditions plagued Saturday, the weather cleared on Sunday - much to the delight of Franco and Singh.

Playing nine holes of modified alternate shot and nine of better ball, the two began the day seven shots behind Sluman and Funk. However, they opened with seven birdies on their opening nine and finished the course-record 42 with birdies on four of their final five holes, including the 18th.

Pavin had a 15-foot putt on the 18th that would have tied for the lead, but it stayed left of the hole.

Sluman birdied the 17th for a fifth birdie in a row for him and Funk to close within a shot of the lead. However, Funk narrowly missed a lengthy birdie putt on the 18th, and Sluman's shot from just off the green came up well short to secure the victory for Franco and Singh.

''I (came) in unprepared this week, because I know my partner is a strong player,'' Franco said. ''He gave me big help this week, and I gave him a bit of help, too, and I'm so happy.''