Singh one back in Senior Players Championship 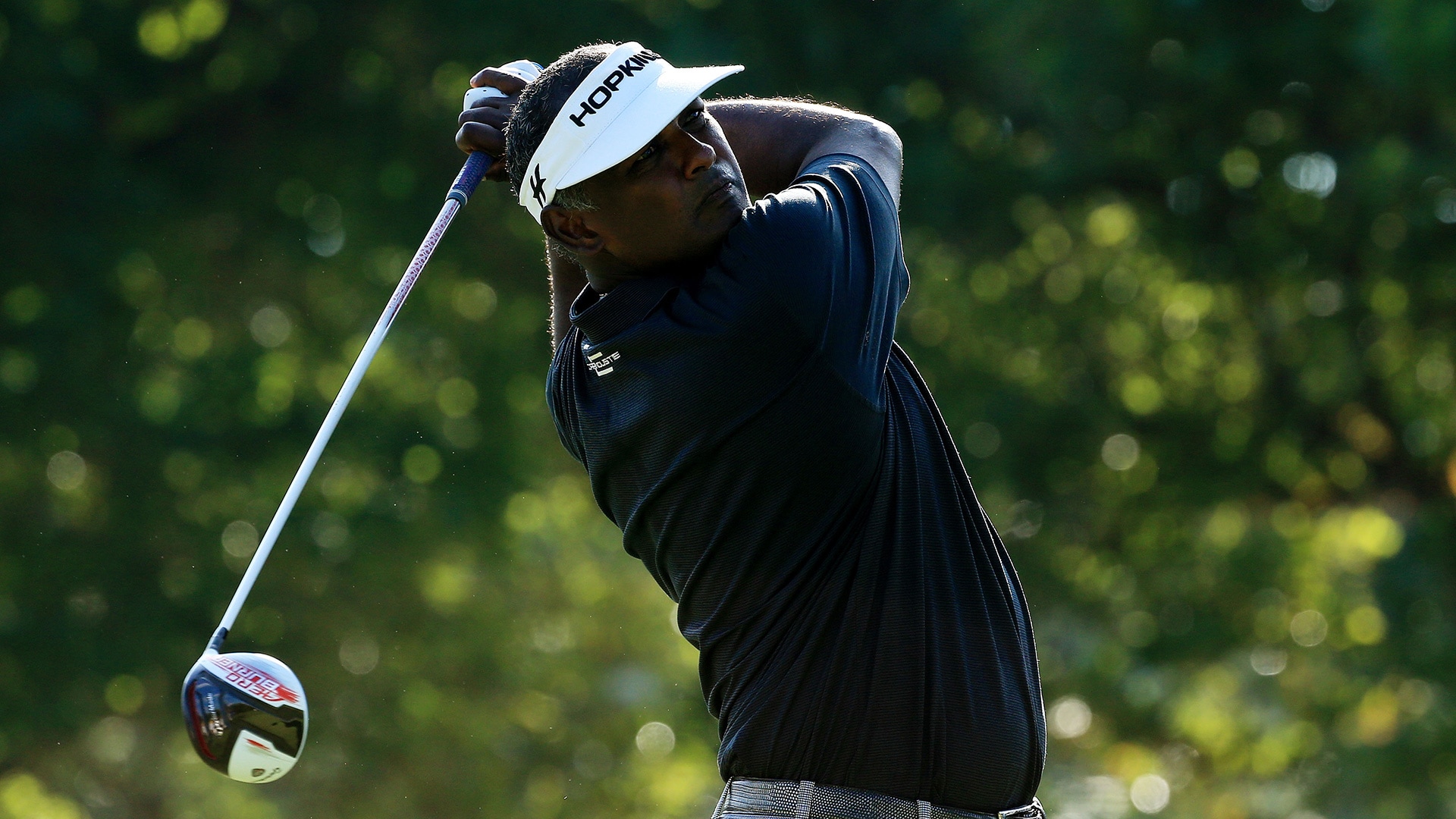 FLOURTOWN, Pa. - Jay Don Blake birdied three of the last five holes Thursday at windy Philadelphia Cricket Club for a 2-under 70 and the first-round lead in the Constellation Senior Players Championship.

The 57-year-old Blake had five birdies and three bogeys on the A.W. Tillinghast-designed Wissahickon Course. He won the last of his three senior titles in 2012, and won at Torrey Pines in 1991 for his lone PGA Tour victory.

''Tough golf course out there and I'm just happy to get done with a couple under par,'' Blake said. ''Hit it pretty decent all day. ... Hit it well, played well and just kind of executed some good shots out there today.''

Blake birdied the first two holes, then bogeyed the par-4 sixth, par-3 eighth and par-4 11th. He rebounded with birdies on par-3 14th, par-5 15th and par-4 17th in the third of the PGA Tour Champions' five majors.

''It was chilly early, still had some wind,'' Blake said. ''Luckily, the first couple holes were downwind so that was kind of a little help off to start. The first two holes, made birdie, so got off to a good start. Then we started about three, four holes right in a row just dead into the wind and it was cold, ball was going nowhere. It was just kind of survival.''

Vijay Singh bogeyed the par-4 18th to fall a stroke back along with Jeff Sluman, Brandt Jobe and Bart Bryant.

''It's a tough day,'' said the 53-year-old Singh, winless in seven career starts on the 50-and-over tour. ''Regardless of what club you've got in the hand, wedge or 9-iron or 3-wood, it's still long, gusty crosswinds. I played pretty good. I kept the ball in play most of the day, and unfortunately, had two three-putts, but that was pretty easy to do out here.''

The 34-time PGA Tour winner has made 15 starts this year on the regular tour.

''I think the last three or four events when I came over here, I kind of put too much pressure on myself that I have to win,'' Singh said. ''I just came this week just to have a good time and enjoy it and play good golf.''

Colin Montgomerie topped the group at 70.

''You get out of position off the tee and then you're struggling,'' Montgomerie said. ''But I think it's terrific, I really do. I think this is marvelous. This is a real major. This has a major feel to it. You could put these greens on any course worldwide and everyone would be thrilled with them.''

''It was really windy. That was tough,'' Langer said. ''Gusty winds, so it's difficult to control. And the greens are lightning fast. On 18, I was in the right bunker and it was downwind, down grain, downhill, hard to stop the ball, it just keeps rolling and rolling and ended up making bogey. You've got to be aware of trying to keep the ball below the hole, which is tough to do when it's windy like this.''

The German star won in 2014 at Fox Chapel in Pittsburgh and last year at Belmont in Massachusetts.

''It's a great venue,'' Langer said. ''It's any bit as good as the ones we played the last couple years. They always pick great golf courses and this is no exception.''

''Overall, pretty happy with the day,'' Sluman said. ''Played solid golf in very trying conditions and this golf course is very challenging. It's a great test of golf.''

John Daly had a 76. Playing his fifth event on the tour since turning 50 in late April, he had a double bogey on the par-5 fifth, five bogeys and one birdie.