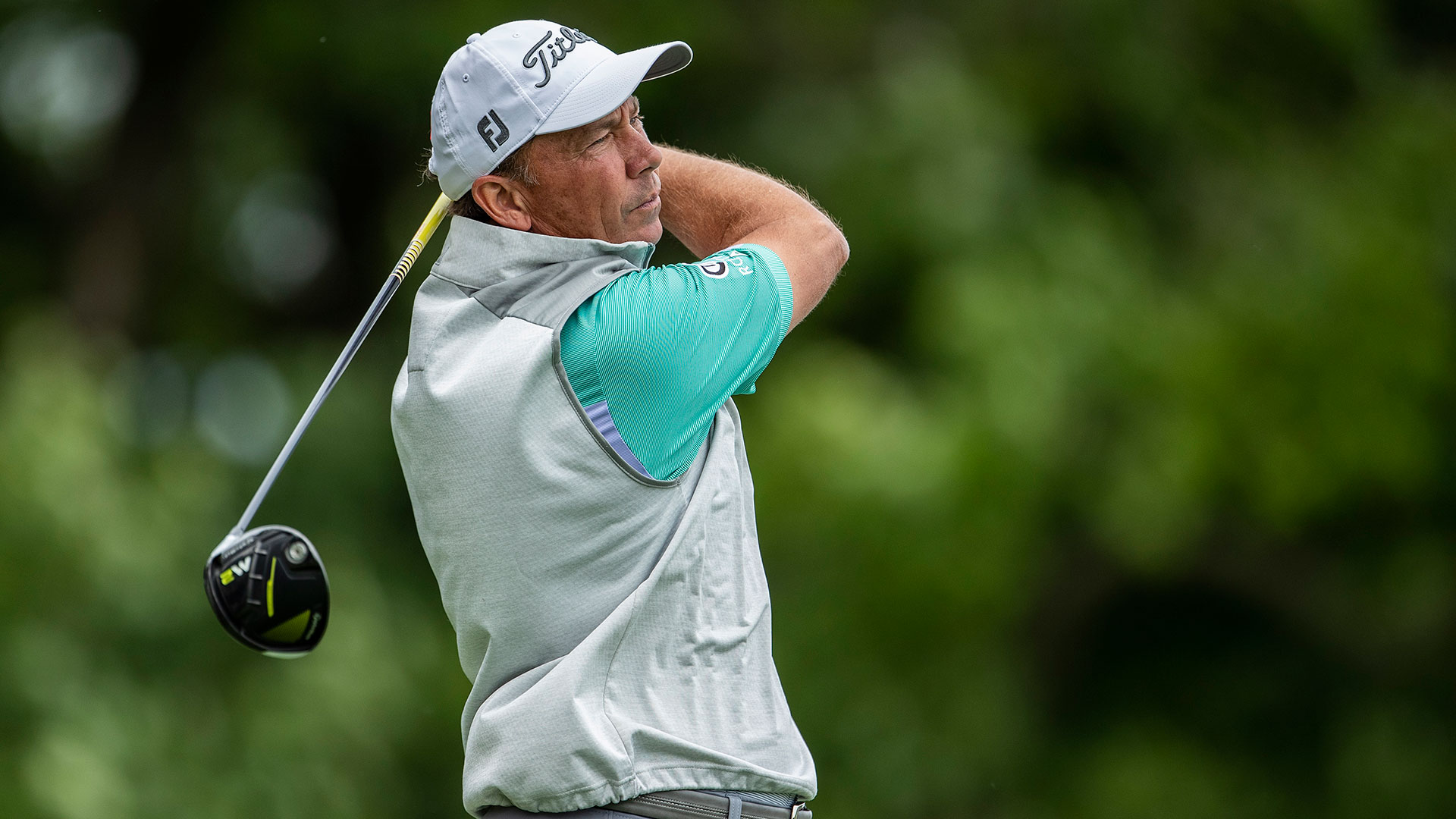 BLAINE, Minn. – Jerry Smith said his opening round at the TPC Twin Cities wasn't as stress-free as it might have appeared.

Nonetheless, Smith made three late birdies to shoot a bogey-free 8-under 64 on Friday and take a two-shot lead at the 3M Championship.

Kenny Perry, Lee Janzen, Peter Lonard and Glen Day were two strokes back. Neither Smith nor his four closest pursuers have won this season. Lonard, who was added to the field on Tuesday, made a hole-in-one on the 177-yard fourth hole. Perry, who won the tournament in 2014 and 2015, and Janzen eagled the par-5 18th.

The event could provide an opportunity for a breakthrough victory because many of the tour's top players - including Miguel Angel Jimenez, Bernhard Langer, Jerry Kelly and David Toms - are taking the week off after the Senior British Open at St. Andrews.

After 26 years, the tournament will be replaced at the TPC Twin Cities by the PGA Tour's 3M Open next July.

Smith finished seventh at the Boca Raton Championship in February - his only top-10 of the season. In the 13 tournaments since, he has finished better than 22nd just three times.

The difference Friday was lag putting.

Smith said he got some insight from Kirk Triplett on the practice green earlier in the week.

''He offered a couple things. I probably tried to apply some of it out there today,'' Smith said. ''It's still not real comfortable for me, but it's been in my mind.''

Starting on the back nine, Smith birdied three of four holes around the turn and added three straight birdies on Nos. 6-8.

Lonard was 4-under on the front nine after an adventure getting to Minnesota.

He finished 24th at the Senior British Open and thought he'd be home in Australia this week. The plan was to fly home through San Francisco, but he ended up in Reno, Nevada, for this week's Barracuda Championship on the PGA Tour, where he was the seventh alternate. There he found out he was in the 3M Championship.

Crossing the Atlantic Ocean from Britain, Lonard flew to Chicago, where his bags were lost and he missed a connecting flight. Five hours later, he was off to San Francisco, where he arrived at 11 p.m.

''Flew at 9 o'clock to Reno, got on the range, hit five balls, got back in the car, drove back to the hotel, repacked my suitcase, went back to Reno, flew back to San Francisco, spent five hours there waiting for a flight here, got here at 5 o'clock in the morning and played the pro-am on Wednesday,'' he said.

''This is the kind of golf course where you'll get cleats run up your back if you don't make any birdies. You got to make birdies and sometimes that's hard to do,'' he said. ''I've been fortunate a couple of years to keep adding on and adding on each day, playing nicely.''