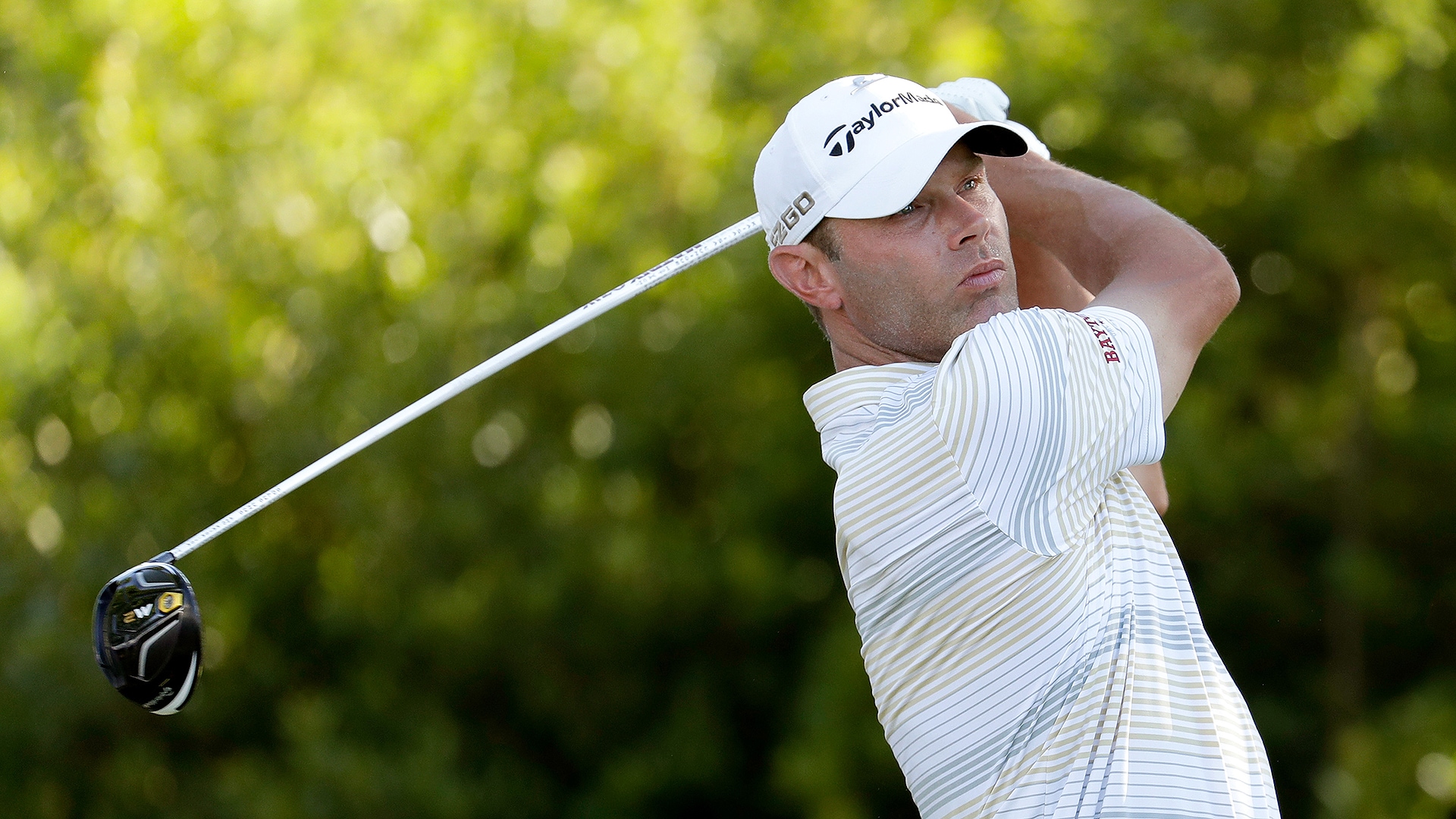 Little wind and fast greens created near perfect scoring conditions at the TPC Southwind. Some extra rough requiring tight shots also provided a good test for players preparing for the U.S. Open next week at Oakmont in Pennsylvania.

Hoge had a bogey-free round with five birdies in the morning group. This is only the second time Hoge has played the event, but he has qualified for the U.S. Open twice in Memphis and tied for 12th at Southwind last year.

Stefani was the lone player teeing off in the afternoon to work his way into a tie for the lead and stay there. The Texan was 5 under between Nos. 7 and 10 with an eagle at No. 9 where he was just trying to avoid the water with the hole tucked left.

''It was nice to see one go in for a change,'' said Stefani, who has made only eight of 20 cuts this season. ''Most of them have been hitting and spinning back going in the water this year. It is nice to kind of see some balls going my way and shots going my way for the day.''

Dustin Johnson, the 2012 champ here, was in the group at 66 with Steve Stricker, Jamie Donaldson,Colt Knost, Brian Gay and Miguel Angel Carballo. Retief Goosen, Scott Stallings and Justin Leonard - a two-time champ here - all shot 67s. Henrik Norlander of Sweden had a share of the lead with two holes to play among the final players on the course. But he three-putted from 4 feet on the par-3 eighth and finished with a 67.

Johnson had a share of the lead too with three holes left after going 6 under between Nos. 16 and No. 2 with an eagle and four birdies. He might have had the top of the leaderboard to himself if not for what happened during the rest of a roller-coaster round that also featured a double bogey, three bogeys and three other birdies.

He said he feels as if he's playing well with the exception a few lapses in concentration. The last came on his final hole at the par-4 ninth when he came up well short of the hole, resulting in his third bogey and dropping him a shot back of the leaders.

''Obviously, I hit a lot of great shots and, you know, just a little disappointed I made a bogey on the last hole being in the middle of the fairway,'' Johnson said. ''I pulled my wedge shot a little bit, but it's right there. I mean, 15 feet from the hole you got to get that up and down. Have to hit a great chip shot. All in all, it's a good day, 4 under out here is not a bad score but I feel like I'm playing a lot better than that.''

That Johnson is. He finished third at Memorial last week for his seventh top 10 this season, and a tie for 28th at The Players Championship in May is his worst week since tying for 41st at Pebble Beach in February.

But Johnson has a streak of winning at least once a season the past eight seasons, and he also is prepping for the U.S. Open after his agonizing three-putt on the final hole of that major a year ago to miss out on a playoff.

''I'm very excited. The game is in good shape all around,'' Johnson said. ''Everything is working pretty well. Just a few poor swings today but other than that, I made most of the putts.''

Goosen is playing after a three-week break to prepare for Oakmont, and he needs to work on his putting to finish off more birdie chances. Hitting the fairways is a must this week.

''Generally there's not much rough, and this year we have rough,'' Goosen said. ''Hitting fairways this year is a premium, and in the past you could miss a few fairways and get away with it. But you get punished this time.''