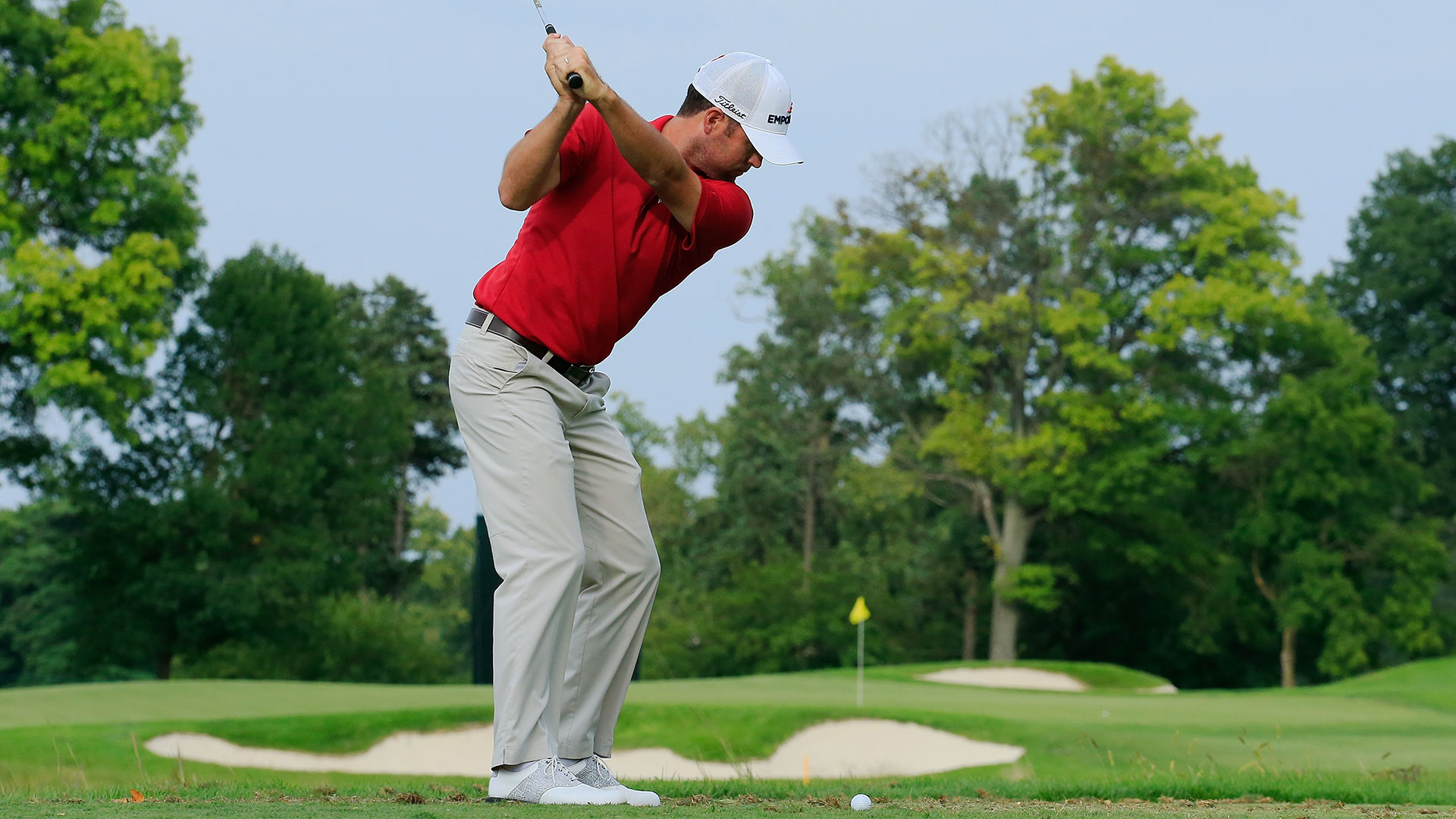 ''That was nice,'' Streb said about the eagle. ''I wasn't sure if I was going to cover the bunker or not. It covered, I had a pretty good number, and luckily, it landed soft on the green and I had a good putt at it.''

The 31-year-old Streb, the 2015 McGladrey Classic winner for his lone PGA Tour title, was 178th in the FedEx Cup standings to drop into the four-tournament Finals.

''A little different,'' Streb said about leading. ''I haven't done too much of it this year, but it's nice to be playing well, putting well. Hopefully, I can keep getting some chances this weekend and see how we do.''

''It's tough out there,'' Hickok said. ''You've got to be really patient. I hit the driver really well today, which allowed me to put myself in position to score, but even then you can still make a quick bogey. The whole game plan is just to limit the mistakes.''

Burns and Hickok and the other top-25 finishers on the Web.com regular-season money list have earned PGA Tour cards. They are competing against each other for tour priority, with regular-season earnings counting in their totals. The other players are fighting for 25 cards based on series earnings.

Six-time PGA Tour winner Hunter Mahan was 5 under after a 68. He was 159th in the FedEx Cup standings.

Two-time heart transplant recipient Erik Compton also was 5 under, shooting 69. He was 59th on the Web.com money list, jumping from 107th last week with a third-place finish in Portland.

Sungjae Im, the Portland winner and Web.com regular-season money champion, had a 69 to get to 1 under.