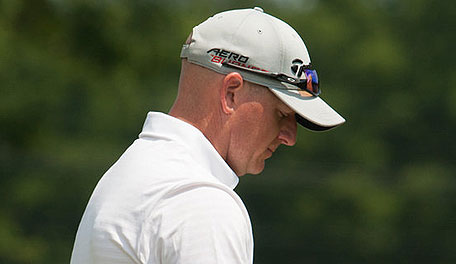 PHILADELPHIA - Grant Sturgeon shot a 1-under 69 on Tuesday at Philadelphia Cricket Club for a share of the third-round lead with Ben Polland in the PGA Professional National Championship.

Sturgeon, a PGA assistant pro at Winged Foot in Mamaroneck, New York, made a 15-foot par putt on the final hole on the Wissahickon Course to match Polland at 4-under 208.

Polland, a PGA assistant professional at Deepdale in Manhasset, New York, bogeyed the last two holes for a 73.

"It's been a lot of struggles for three days here. I hit a lot of good shots and a lot of good putts today that didn't go in," Sturgeon said. "We didn't get into match play [with Polland] and really concentrated on staying within ourselves and being patient. After the rain delay, I was able to get a pair of birdies that pumped me up."

"It's always good to be in the final two groups going into the final round," Polland said. "It was a struggle out there today, not feeling comfortable with any club. Luckily, I was able to make a few putts. That was what kept me in it - the putter."

Matt Dobyns, the 2012 winner, was a stroke back after a 68. He's the head professional at Fresh Meadow in Lake Success, New York.

The low 20 after the final round Wednesday will earn spots in August in the PGA Championship at Whistling Straits in Kohler, Wisconsin. 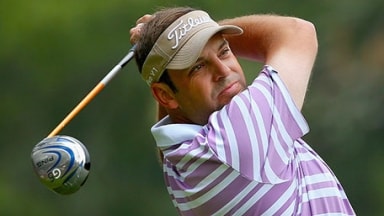 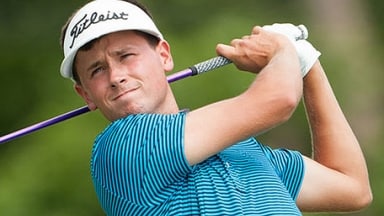 Ben Polland shot a 3-under 67 on Monday on The Philadelphia Cricket Club's Wissahickon Course to take a four-stroke lead in the 48th PGA Professional National Championship.