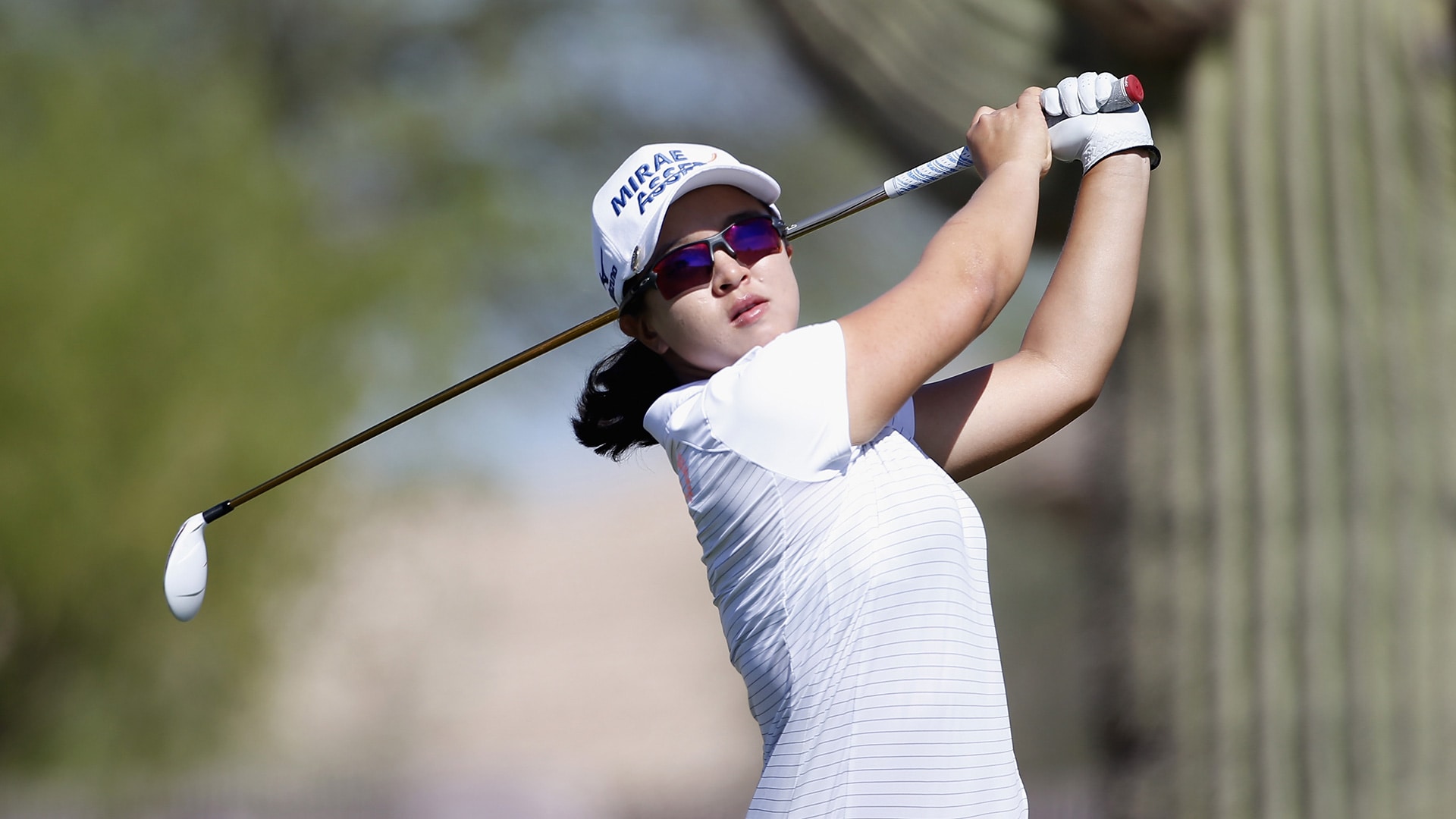 PHOENIX – Sei Young Kim made two eagles in a 6-under 66 on Friday in the JTBC Founders Cup to take a two-stroke lead into the weekend at Desert Ridge.

The 23-year-old South Korean player had a tournament-record 15-under 129 total. She opened with a 63 on Thursday.

After a 300-yard drive on the par-5 15th, her 165-yard approach nearly bounced into the hole and settled 7 feet past the cup to set up the second eagle. On the par-5 second, she made a 30-foot eagle putt.

Kim won three times last season and was the LPGA Tour's rookie of the year.

Brittany Lang was second after a 68. Jacqui Concolino and Italy's Giulia Sergas were 12 under. Concolino shot a 64 to match 17-year-old amateur Hannah O'Sullivan for the best round of the day. Sergas had a 68.