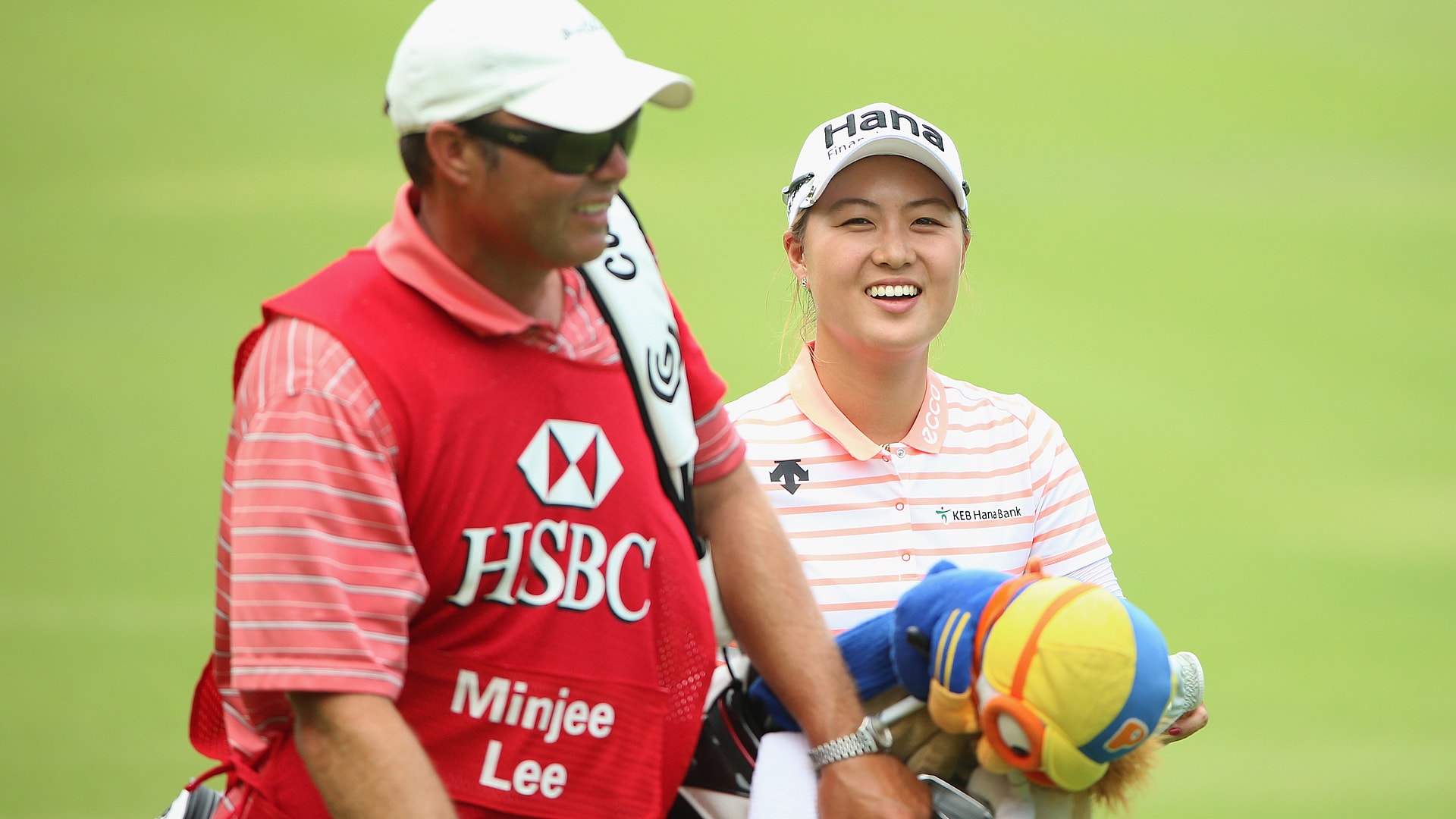 SINGAPORE – Australian teenager Minjee Lee, seeing things clearer than ever after a chance visit to an optometrist, took a share of the lead with Taiwan's Candie Kung at the LPGA's Women's Champions tournament in Singapore on Thursday.

Lee made four birdies and an eagle in her opening round of 5-under 67 to join Kung at the top of the leaderboard on a windy day at the Sentosa Golf Club.

The defending champion, South Korea's Inbee Park, was among a group of four players tied for third at 4-under 68, while the world No. 1 Lydia Ko and in-form American Lexi Thompson both shot rounds of 1-under 71.

Already one of the brightest prospects in the game after winning her first LPGA title last year, Lee has just started wearing contact lenses after learning her vision was slightly out of focus.

The 19-year-old only found out about the problem after undergoing a routine eye test as part of a mandatory medical screening ahead of this year's Rio Olympics.

''The optometrist said two years it's been deteriorating. She said my brain was just so used to it,' Lee said. ''I was like, okay. But now I can see like really, really clearly.''

Lee birdied two of her first four holes then eagled the par-5 12th when she reached the fringe of the green with a 5-wood then drained a 30-foot putt. She birdied the 13th and dropped a shot at the 17th after an errant tee shot but made amends with a birdie at the last.

''I was just really steady. I tried to just minimize my mistakes and try and miss in the right spots,'' she said. ''Yeah, just when I hit it close, take advantage of my opportunities. So that's where I made my birdies.''

Kung, playing the back nine first, also eagled the 478-yard 12th and had five birdies in total but bogeyed two of her first six holes. The 34-year-old spent much of the off-season in the gym to improve her strength and flexibility and said the extra work has added some 20 yards to her distance off the tee.

''I know there was something missing in my game,'' she said. ''We were able to sit down and look at it and work on it.''

Park won the title in Southeast Asia last year without making a single birdie in 72 holes but the world No. 2's streak came to a halt with her only bogey of the day, on her 17th hole.

''It was going to come at some point,'' she said. ''It's actually nice to get it over with today and without playing with it for the next three days.''

Ko had a frustrating day, parring her first 10 holes before dropping a shot on the 11th but the New Zealander knocked in two late birdies to finish in red figures.

''I didn't have that many birdie opportunities today, so unless my long putts were going to be hot, I wasn't going to shoot extremely low,'' she said.

Thompson, who won in Thailand last week, made four birdies but lost her momentum when she took a double bogey on the 11th.