There are two - yes, two! - Zach Johnsons at PGA 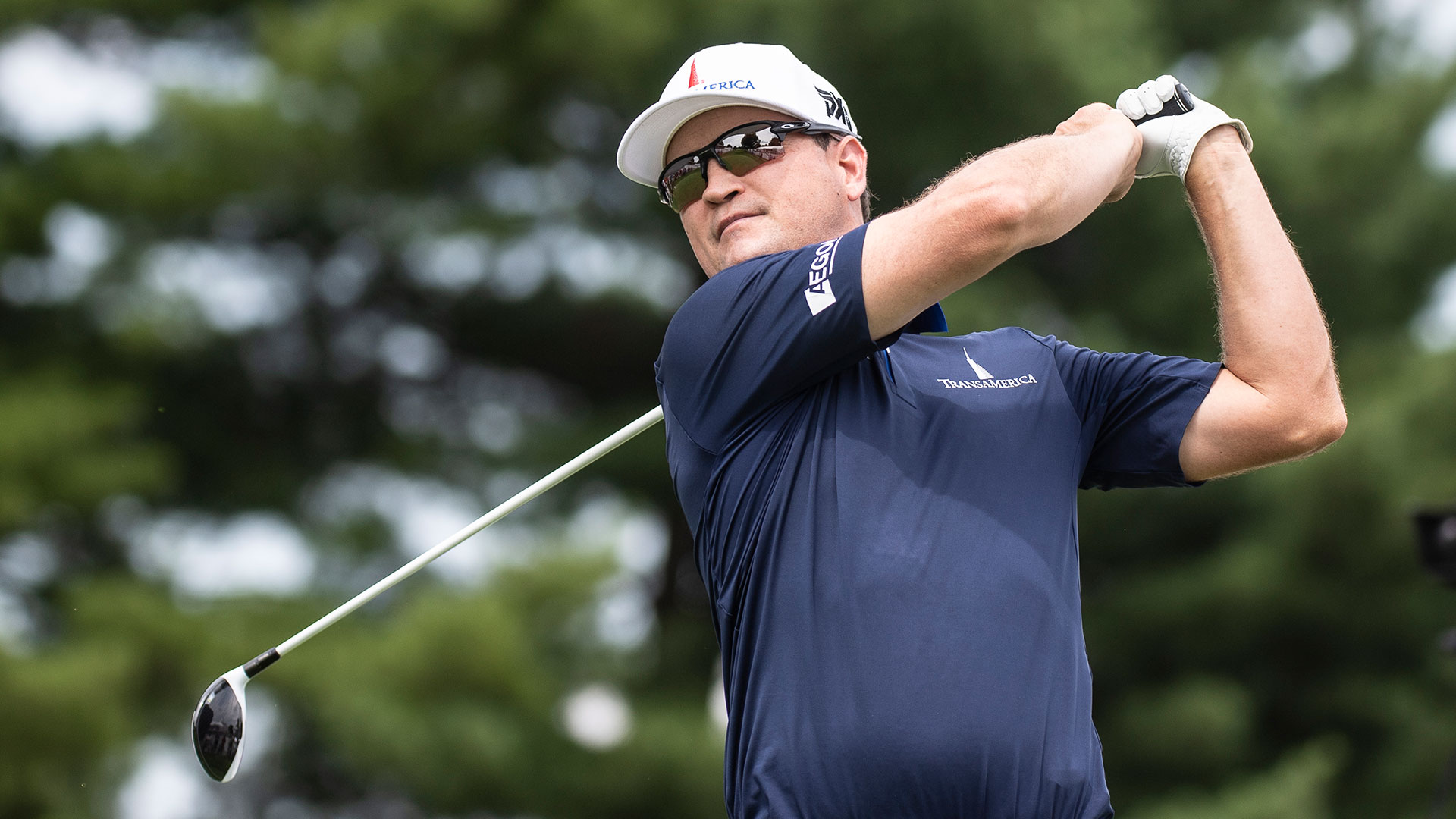 ST. LOUIS – Before he hits a single shot at the PGA Championship, Zach Johnson already has made a name for himself.

And that other Zach Johnson, too.

No, golf fans, you are not seeing double. There are two of them roaming the grounds at Bellerive Country Club this week.

One needs no introduction. That would be the two-time major winner, Zach Johnson of Cedar Rapids, Iowa, a 12-time winner on the PGA Tour who has racked up more than $44 million in winnings.

The other? Well, he's not quite a household name. He's Zach Johnson of Farmington, Utah, who works as the assistant pro at Davis Park Golf Course in the suburbs of Salt Lake City. He's one of 20 club pros who qualified into the 156-man field, and will be, for at least two days, on the same playing field with Tiger Woods, Rory McIlroy, Dustin Johnson and, yes, Zach Johnson.

Tournament organizers called the club pro recently and asked him if it was OK for him to go by ''Zach J. Johnson'' for the week to eliminate confusion.

''I don't think they called and asked him first,'' Zach J. said of his namesake. ''It was more like: 'Here's what you're going by. Hopefully you'll like it.'''

The J, by the way, stands for, well, J. When Johnson was born, his parents wanted to pick out a J name for his middle name. Unable to decide, they put J on the birth certificate and left the choice for later. Turns out, ''J'' sounded pretty good, so they stuck with that.

Imagine Zach J. Johnson's surprise back in 2009 when a package arrived at the golf shop in Utah, addressed to Zach Johnson. Return address: PGA Tour headquarters in Ponte Vedra, Florida.

''I thought, 'Why would I be getting something from the PGA Tour?''' he said. ''I tore it open with a box cutter. Nicked the plaque cutting it open.''

The plaque was made using four of Iowa Zach Johnson's scorecards. The package included a letter from then-commissioner Tim Finchem congratulating him on his great play in winning the Sony Open the week before.

Pictures were taken. The guys at the club had a few laughs. Back in the mail it went.

Nearly a decade later, the 35-year-old Johnson will come face to face with his better-known namesake. And really, Johnson's journey to the big time stretches back farther than that.

A graduate of Southern Utah - the only college that offered him a chance to play golf - Johnson spent his first few years after college playing on mini-tours in the area, and tried Q school from 2006-09.

It wasn't clicking, Johnson said, ''and I figured out that if I wanted to have a family and get on with life, that being a touring pro wasn't going to be for me.''

He had a good friend, Pete Stone, on the mini-tours, and Pete's dad was the head pro at Davis Park.

Eventually, Brad Stone hired Johnson to a four-days-a-week gig as the starter, working the early shift.

He worked his way up the ladder, and became an assistant pro - one of the thousands of taken-for-granted grinders who keep golf shops running across America each day.

''Good professionals, they wear a lot of hats,'' Brad Stone said. ''It's everything from running tournaments to public relations, to playing and teaching and all those things. You're judged on all that, and sometimes all the hours our assistants work, there's a lot of sacrifice, especially if you're going to play a lot.''

But Stone wants his assistants to play, and now, Johnson is part of a special tradition: The Masters lets its past champions tee it up; the U.S. and British Opens are open to qualifiers; the PGA Championship reserves spots for the men who sell the shirts and give the lessons.

This week, Johnson will undoubtedly get a chance to meet his favorite PGA Tour pros: Woods and Sergio Garcia. And, of course, plans are in the works for a photo op with the other Zach Johnson.

That Zach Johnson was watching the PGA pro qualifying tournament back in June, pulling for a buddy, fellow Iowan Sean McCarty, who finished second and will also be at Bellerive.

Suddenly, Johnson saw his own name pop up on the leaderboard.

And that's how this tale of Johnson & Johnson began.

''I tweeted out something about Sean, and then I plugged Zach Johnson, as well,'' Iowa's Zach Johnson said, before pausing for a second to consider what had just come out of his mouth. '''Zach Johnson.' It's weird to say that.''

Surely, the other Zach Johnson would second that.