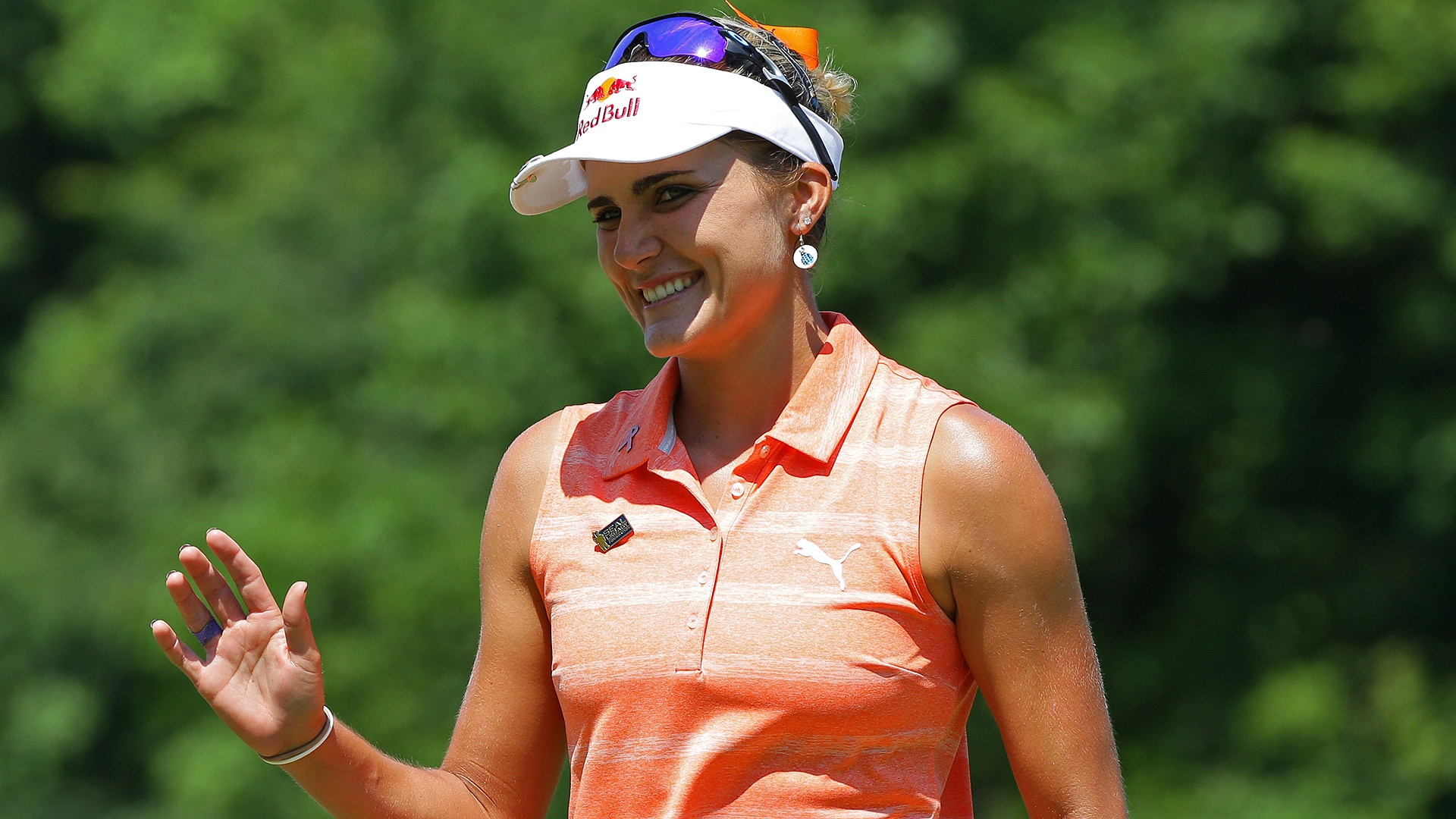 WILLIAMSBURG, Va. - Lexi Thompson shot her second straight 6-under 65 on Friday to take a three-stroke lead over playing partner Gerina Piller into the weekend at the Kingsmill Championship.

Thompson is playing her third tournament since losing the major ANA Inspiration in a playoff after being penalized four strokes for a rules violation that a TV viewer spotted.

''I feel great with where my game is at,'' Thompson said. ''I am just trying to keep my thoughts very simple, focus on doing my routine and picking small targets out and committing to my shots. If I do that, my game is in a good spot.''

The long-hitting Florida player had six birdies in a bogey-free round on Kingsmill's River Course. She waited out a rain delay in the middle of the round.

''Always stalls you a bit,'' Thompson said. ''Wasn't too loose on the first iron shot that I hit, but, it was a beautiful day out. Not much wind. Hopefully, we get some good weather this weekend.''

Piller shot a 67, closing birdie-bogey-birdie-bogey. She chipped in for her birdie on 17.

''I feel like my putting is really great right now,'' Piller said. ''Just excited for tomorrow. ... Hit the fairway, hit the green, make the putt. Keeping it as simple as possible.''

''She's a great ball-striker and hits it far,'' Piller said. ''This course definitely suits the long-ball hitters, especially now. The greens are firming up and getting a little quicker. To have a shorter iron in is definitely an advantage.''

Top-ranked Lydia Ko was four strokes back at 8 under after a bogey-free 67. Trying to hold off So Yeon Ryu and Ariya Jutanugarn for the No. 1 spot, Ko is winless since July.

Ryu, the ANA winner, was 5 under after a 67. Jutanugarn, defending the first of her five tour victories last year, was 3 under after a 67 playing in the group with Thompson and Piller.

Candie Kung joined Ko at 8 under. Kung eagled the par-4 sixth in a 66.

The South Korean player is one of five major champions in the top nine, joining Thompson, Ko, Feng and Lincicome.