Thompson wins Thailand by 6, moves to No. 3 in world 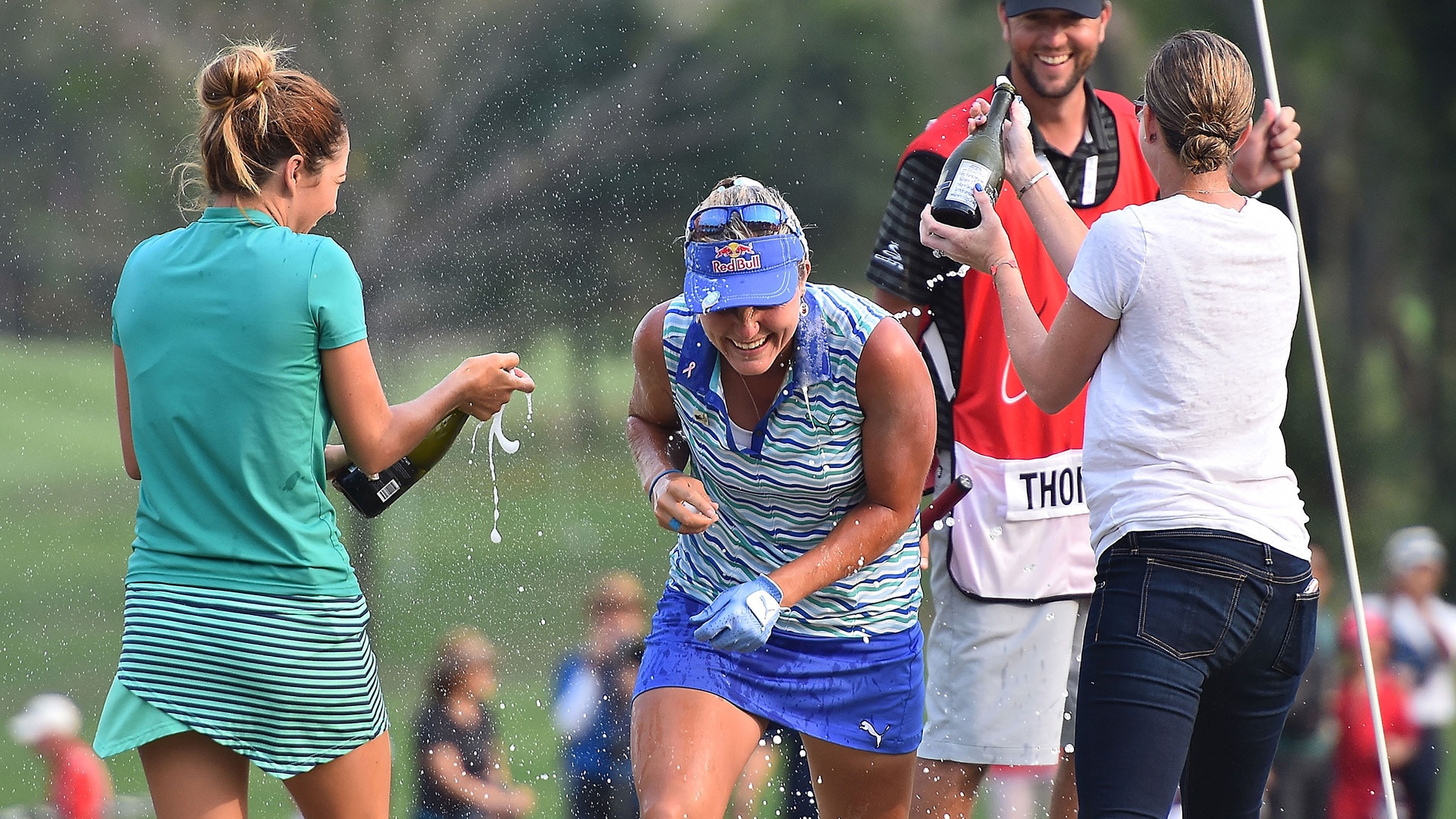 CHONBURI, Thailand - Lexi Thompson won her seventh LPGA title after a final-round 68 that completed a six-stroke victory over In Gee Chun of South Korea in the final round of the LPGA Thailand at the par-72 course at the Siam Country Club on Sunday.

The 21-year-old from Florida hit an eagle on the 10th to go along with three birdies and a lone bogey for a 20-under-par total of 268 to become the first American winner of the tournament.

''I never like to count it as a win until it's over. I just try to play aggressive and play my best out there,'' said Thompson, whose four-shot advantage at the start of the final round was reduced to one after the Korean opened with three straight birdies. With the win, Thompson will become the highest-ranked American in the Rolex World Rankings (No. 3), bumping Stacy Lewis from the third spot.

Chun, winner of the US Women Open last year, added four bogeys to her eight biridies on the final day to end with a 70 and a four-day total of 14 under 274.

No. 25-ranked Jessica Korda of the United States fired eight birdies for a 64 and a 13 under total of 275, giving her a share of third place along with defending champion Amy Yang of South Korea, who signed off with a 70.

''It would have been nice to not shoot three over yesterday and end up pulling myself totally out of the tournament, but it's a good redemption around for sure,'' said Korda, who recovered from a dismal 76 on Saturday.