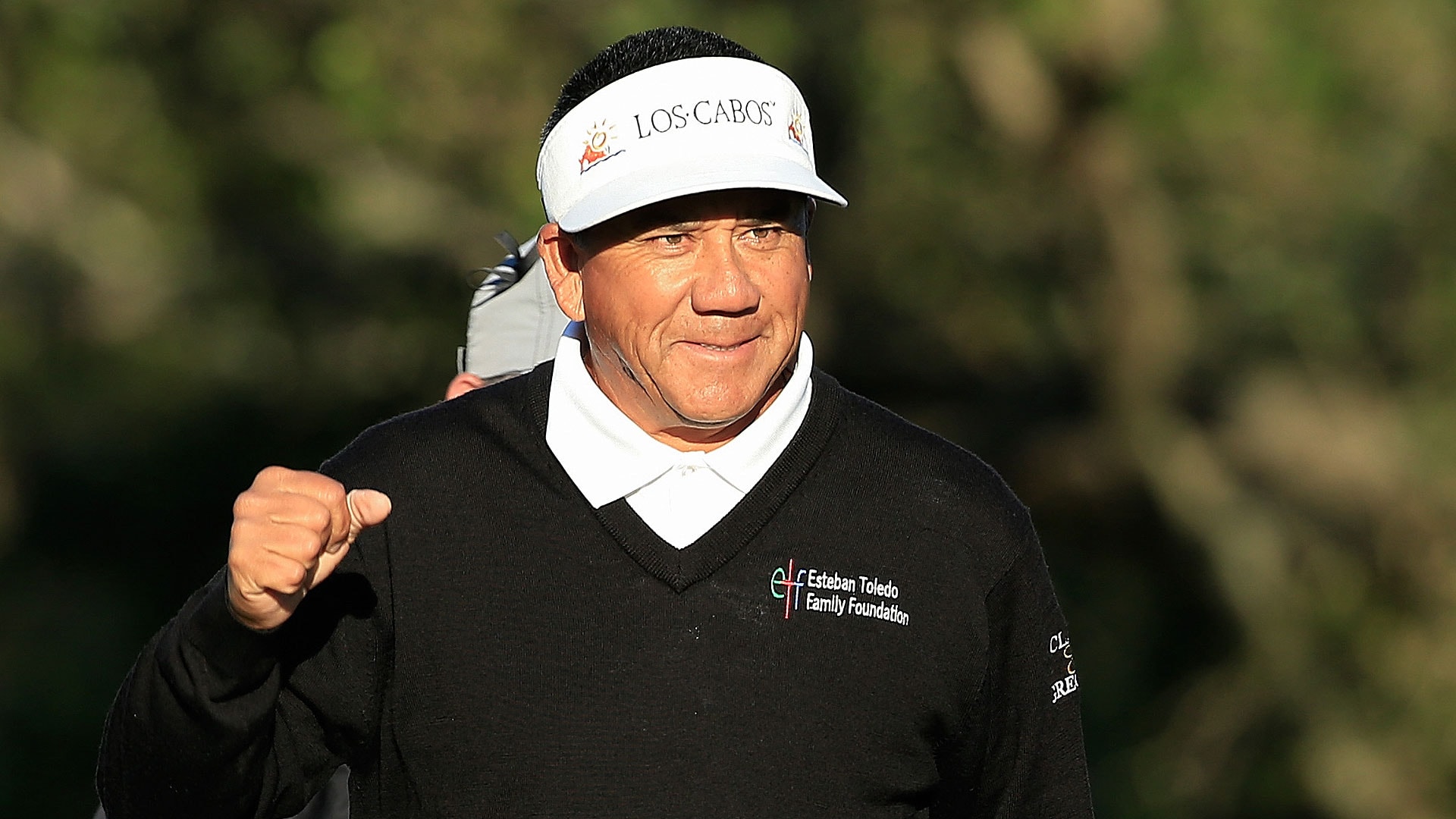 Toledo made five straight birdies on his first nine at University Ridge, added three more on Nos. 1, 2 and 4 and capped his bogey-free round with another on the par-5 ninth. The 53-year-old Mexican player won the Allianz Championship in February for his fourth senior title.

Sauers also closed his bogey-free round with a birdie on No. 9. Also 53, the three-time PGA Tour winner has successfully fought the rare skin condition Stevens-Johnson syndrome to continue his career. He has four runner-up finishes in 81 career starts on the 50-and-over tour.

Fran Quin was a stroke back, making six birdies in an eight-hole stretch that ended on the par-5 16th. The 51-year-old Quin has finished in the top 25 in all three of his tour starts this year.

Bernhard Langer topped the group at 67. The 58-year-old German star is coming off a victory two weeks ago in the Constellation Senior Players Championship, his second major win of the year. He has three overall victories this year to push his senior total to 28.

John Daly opened with a 71, also finishing with a birdie on No. 9. He's making his sixth tour start since turning 50 in late April.