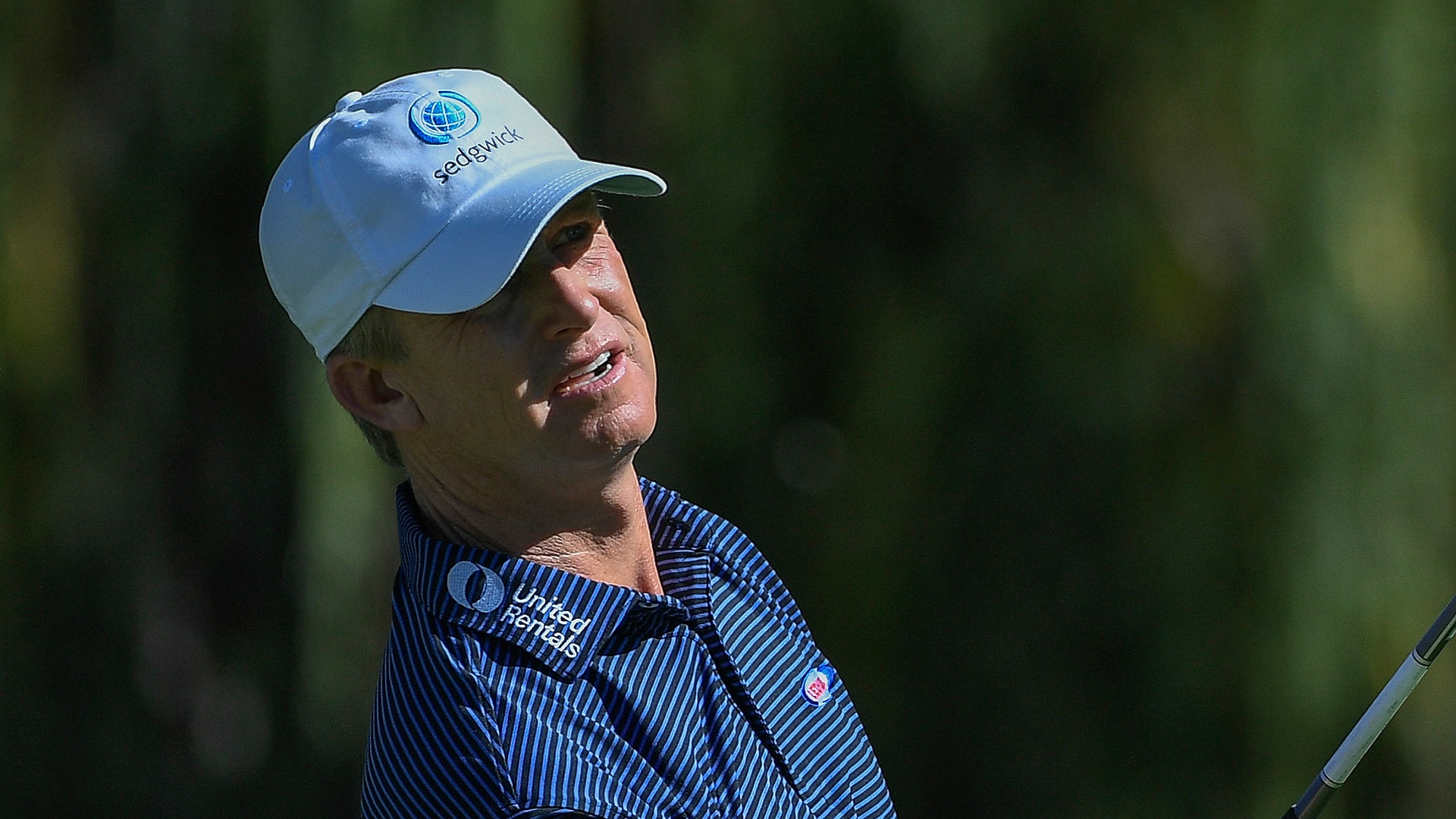 Nothing like winning a major to toss a big weight off a player's shoulders, particularly when he had gone more than seven years without a victory on either the senior or regular tours.

Now, Toms has a shot at another one.

He comes into the Constellation Senior Players Championship looking to build on his win at the U.S. Senior Open at the Broadmoor two weeks ago.

''I was putting a lot of pressure on myself to try to win a tournament,'' Toms said. ''I felt like I had chances but wasn't getting it done, and that's when you think about when you go home at night away from the golf course. To finally get that, have that behind me now, it's all about going out and trying to play great and giving myself another opportunity.''

Toms is part of a loaded field at Exmoor Country Club featuring 49 of the top 50 senior players.

Scott McCarron, with seven top-10 finishes this year and a win at the American Family Insurance Championship at University Ridge last month, comes in looking to defend a bittersweet comeback victory in last year's Senior Players. He made up a six-shot deficit at Caves Valley near Baltimore to beat Bernhard Langer and Brandt Jobe by a stroke with a local caddie carrying his bag. His usual caddie Rich Mayo rushed to El Paso, Texas during the week to be with his ailing father, who died while Mayo was en route.

''His dad Bud was a great guy and loved watching Rich and I golf and compete, and would scream and yell at the TV all the time, so kind of felt his presence all week long,'' McCarron said.

Langer hopes to extend his record with an 11th senior major championship. He won this event from 2014-16 before a late collapse helped give McCarron his victory last year. Langer was leading by one when he dropped his tee shot into the water on No. 17 for a double bogey. He had a 6-foot birdie putt on No. 18 that would have forced a playoff lip out.

Toms is looking to build on a drought-busting victory. He spent last week vacationing with his family in Wyoming, getting in some time on the course with his son and avoiding the heat back home in Shreveport, La.

A 13-time winner on the PGA Tour, he hadn't finished at the top of a leaderboard since the 2011 Crowne Plaza Invitational at Colonial. That changed two weeks ago when he made two long putts down the stretch for his first PGA Tour Champions win.

Toms rolled in a 15-footer for birdie on No. 16 and buried a downhill 20-footer to save par after driving into a fairway bunker on the 530-yard, par-4 17th. He shot an even-par 70 to finish one shot ahead of Miguel Angel Jimenez, Tim Petrovic and Jerry Kelly.

Winning the U.S. Senior Open gave him a spot in the U.S. Open at Pebble Beach next year if he chooses to play. A victory this week would get him to The Players Championship in March, where he lost a heartbreaking playoff to K.J. Choi at TPC Sawgrass in 2011.

''There's a lot of things that go along with it, as well as the purse was pretty big,'' Toms said. ''It was almost like winning a regular tournament. All of that makes it pretty special. But at the same time, it was just more about winning a tournament.”

''All of the other stuff is just a bonus on top of that,'' he continued. ''For me, I think it'll be the shot to the arm that I needed to continue to play great.''