Uihlein, Rumford tied in Perth; Oosthuizen one back 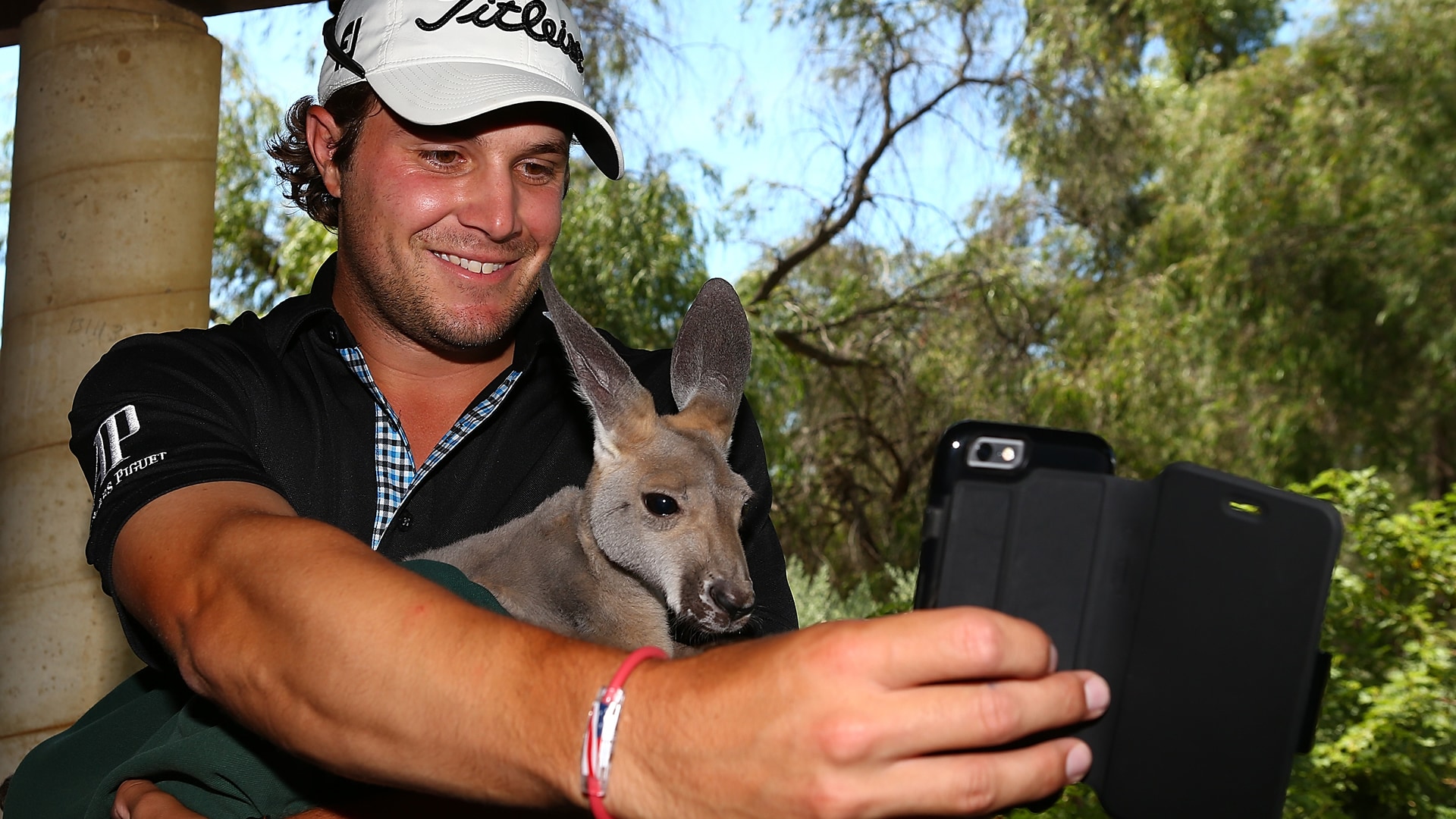 PERTH, Australia – Overnight leader Peter Uihlein of the United States shot a 4-under 68 and was tied for the second-round lead with Brett Rumford at the Perth International, with former Open Championship winner Louis Oosthuizen a stroke behind on Friday.

Uihlein, who birdied his final two holes after starting on the back nine, and Rumford, who carded 65, had 36-hole totals of 11-under 133 at Lake Karrinyup Country Club.

Oosthuizen, the 2010 Open champion playing for the first time in Australia, had a 64 for the low round of the day after an opening 70.

Oosthuizen was on track to join Rumford and Uihlein at the top of the leaderboard, but missed a short birdie putt on the final hole.

''I just over-read it,'' Oosthuizen said. ''It was the first real putt I had in the shadows today. I took my glasses off, and I misread it a little bit. It's not going to bother me though.''

European Ryder Cup player Victor Dubuisson of France posted a 1-under 71 but was still 4 over overall and missed the cut in the European Tour and Australasian PGA event.

Australian Marcus Fraser, who won the Maybank Championship in Malaysia last week, was at 2 under with veteran Peter Senior.

Other notables beside Dubuisson to miss the cut included defending champion Thorbjorn Olesen (5 over) and 2013 winner Jin Jeong (4 over).

Dubuisson has missed consecutive cuts since making a recent switch in equipment.

Uihlein was grouped with Dubuisson for the opening two days, but he said the Frenchman kept his emotions in check.

''You can never tell with Victor. He's like the Mona Lisa, you never really know what's going on,'' Uihlein said, smiling. ''He's a great player. He could win Doral next week by 10, he's that good.''

Temperatures exceeded 36 degrees Celsius (97 F), and Rumford made sure to keep his fluids up after stomach surgery last year which kept him off the tour for four months.

''This is the hottest conditions no doubt I've played in ...'' Rumford said. ''But the body's great. There's no signs whatsoever. That's all history now.''