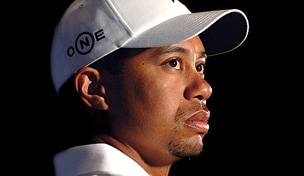 PHILADELPHIA – Tiger Woods is the latest celebrity and athlete to get his own unauthorized biography in a comic book.

Publisher Bluewater Productions Inc. said Tuesday that it will release its one-shot issue “Fame: Tiger Woods” on Wednesday in book stores, comic book shops and online, as it expands its already burgeoning line of biography comics that have profiled people from politics to music to film.

Written by C.W. Cooke and illustrated by Marcelo Salaza, the 32-page issue is part of the Vancouver, Wash.-based company’s look at celebrity culture and how those in it rise from obscurity to notoriety and deal with life in the public eye.

“Tiger Woods is, in most respects, the most famous golfer of all time. He may have had some recent troubles, but his life is one filled with very interesting tidbits,” said Jason Schultz, Bluewater’s executive vice president.