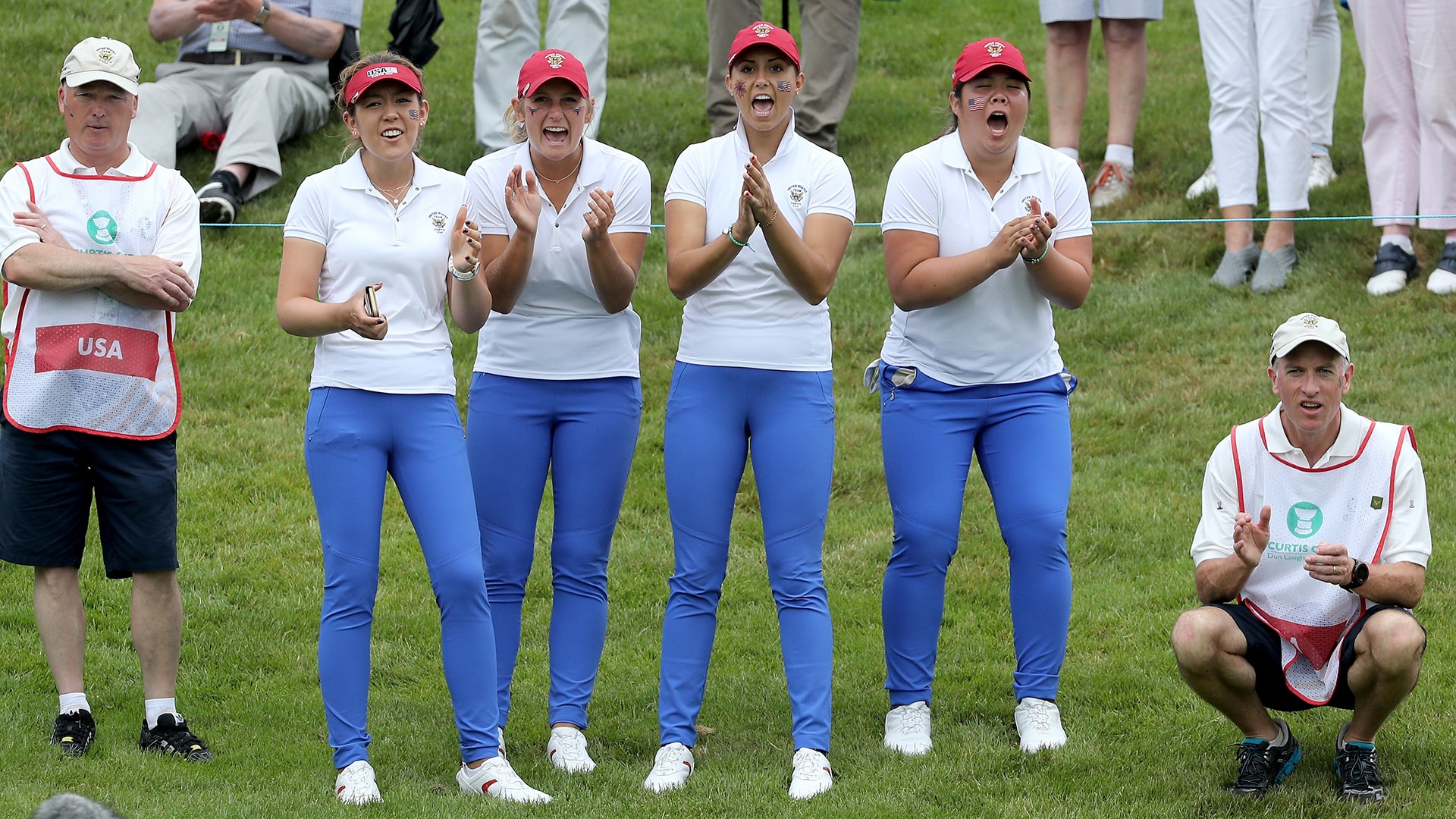 DUBLIN – England's Bronte Law won two more matches and Britain and Ireland took all but one point Saturday to open an 8-4 lead in the Curtis Cup, leaving the Americans behind entering the closing singles session for the first time in two decades.

With eight singles matches left Sunday at Dun Laoghaire, the United States needs six points to retain the Cup, and Britain and Ireland needs 2 1/2 to reclaim it. The U.S. leads the series 28-7-3, winning 13-7 in 2014 in St. Louis.

''Their players obviously had a good day, made a lot of putts,'' U.S. captain Robin Burke said. ''They played extremely well. A few of my players also played well. They just made a lot more putts than we did. That's how golf is sometimes. I don't feel like they took the wind out of our sails. I think they lit a fire within us and we'll be ready to go out and play hard tomorrow.''

Law, the UCLA junior who won the Annika Award this year as the top college player, improved to 4-0, teaming with 18-year-old Olivia Mehaffey of Northern Ireland in both sessions. They beat Bailey Tardy and Monica Vaughn 3 and 2 in the morning foursomes and topped Vaughn and Bethany Wu 3 and 2 in the rain-delayed afternoon fourball matches.

''Obviously, we have a very, very strong team who are very capable of going out and winning all eight matches, let alone seven,'' Law said. ''We fought the whole day. Every single hole, we grounded out. We holed the putts that we needed to. I'm so proud of my team right now. They did exactly what Captain (Elaine Farquharson-Black) wanted us to do.''

Trying to become the second player to go 5-0 record, Law will face Mika Liu in singles. American Stacy Lewis was 5-0 at St. Andrews in 2008.

''It's not about doing something that's been done before,'' said Law, 2-4-2 in her two previous Curtis Cup appearances. ''(My focus) is to win my match for my team.''

Wu and U.S. Women's Amateur champion Hannah O'Sullivan earned the only point for the United States, beating Ireland's Leona Maguire and England's Charlotte Thomas 1 up in the morning.

In the other foursomes match, England's Meghan MacLaren and Ireland's Maria Dunne edged Sierra Brooks, Sorrento and Andrea Lee 1 up.

In Britain and Ireland's fourballs sweep, MacLaren and Dunne beat Tardy and Mariel Galdiano 3 and 2, and Maguire and Thomas routed O'Sullivan and Liu 5 and 4. Thomas helped Washington win the NCAA title last month.