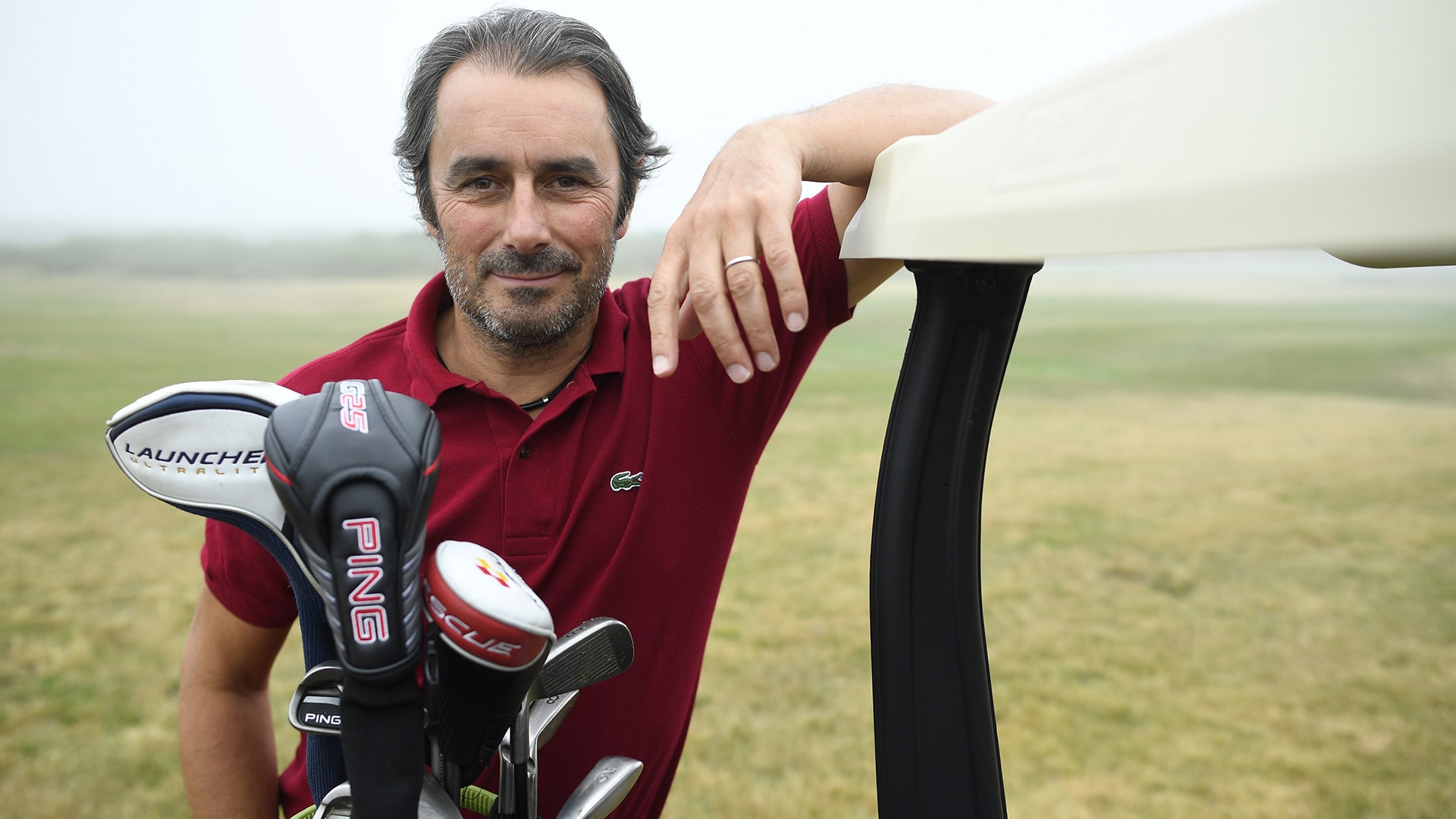 ENDICOTT, N.Y. – It's been five years since Jean Van de Velde retired from professional golf. Now, two months after turning 50, he figures it's time for a comeback.

That will come this weekend at the Dick's Sporting Goods Open on the PGA's senior circuit.

''You feel like you kind of miss the adrenaline of competing, and I have to say that's not something that goes away that easily,'' said Van de Velde, whose claim to golfing fame was his spectacular meltdown on the 72nd hole of the 1999 Open at Carnoustie. ''Unfortunately, my clubs are not really listening right now.''

The last time Van de Velde played as a touring pro was in 2011. Since then, he says, he's played about 10 to 20 casual rounds per year. When he tees off on Friday with Kirk Triplett and Craig Stadler for the opening round at En-Joie Golf Club, it'll be his PGA Tour Champions debut on a course he first played Wednesday.

Since his retirement, Van de Velde has spent the last five years running the French Open, a European Tour event that was held last week. He didn't fly across the Atlantic Ocean until Tuesday.

''I have zero expectations how well I can swing the club,'' he said Wednesday during a news conference. ''I have to have low standards.''

In the summer of 1999, Van de Velde overcame the Scottish wind, tight fairways, thick rough and imposing hazards remarkably well in a major where the cut fell at 12 over par. He played the first three rounds at even par and had a five-shot lead over Craig Perry and Justin Leonard.

Van de Velde still maintained a three-shot cushion when he teed off at No. 18 that Sunday. What followed was a flurry of mistakes that ended with a triple bogey and made Van de Velde a household name. The sight of him removing his shoes and socks and gingerly stepping through shin-deep water as he debated whether to try to hit his ball out of the Barry Burn remains etched on the minds of anybody who witnessed it.

Van de Velde fell into a tie and he lost a four-hole playoff with Paul Lawrie and Leonard. Lawrie won the playoff and Van de Velde failed to become the first Frenchman since 1907 to win the tournament.

His desire to compete remains, and Van de Velde will be able to do it again against familiar foes.

''I want to compete with the guys that I've been playing with over the years. I want to play,'' he said. ''I stopped because, you know, not that my time has gone but you're 44 years of age, you have four children, you want to see them grow up, you want to be there a little more.''

Missing from the Dick's field will be runaway Schwab Cup leader Bernhard Langer, who has three wins and $1.5 million in earnings this year. Jeff Maggert, who shot a bogey-free 6-under 66 in the final round last year to overcome a four-shot deficit and beat Paul Goydos by two shots, returns to defend his title, while Vijay Singh will be making his first appearance at En-Joie.

Perhaps most riveting of all, though, will be the return of long-hitting John Daly, who won the 1992 B.C. Open at En-Joie. Daly turned 50 in late April and will be making his seventh start on the Champions Tour and first at En-Joie since his final B.C. Open appearance in 1995.

Daly tees off Friday in the final group with Michael Allen and Billy Andrade. 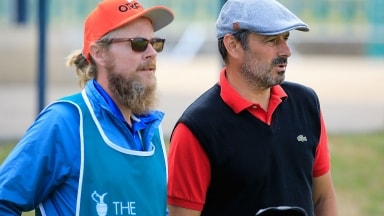 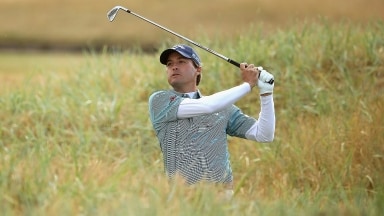 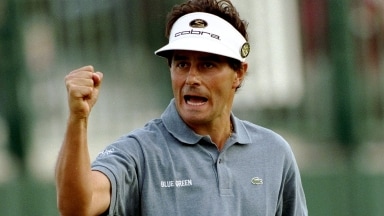