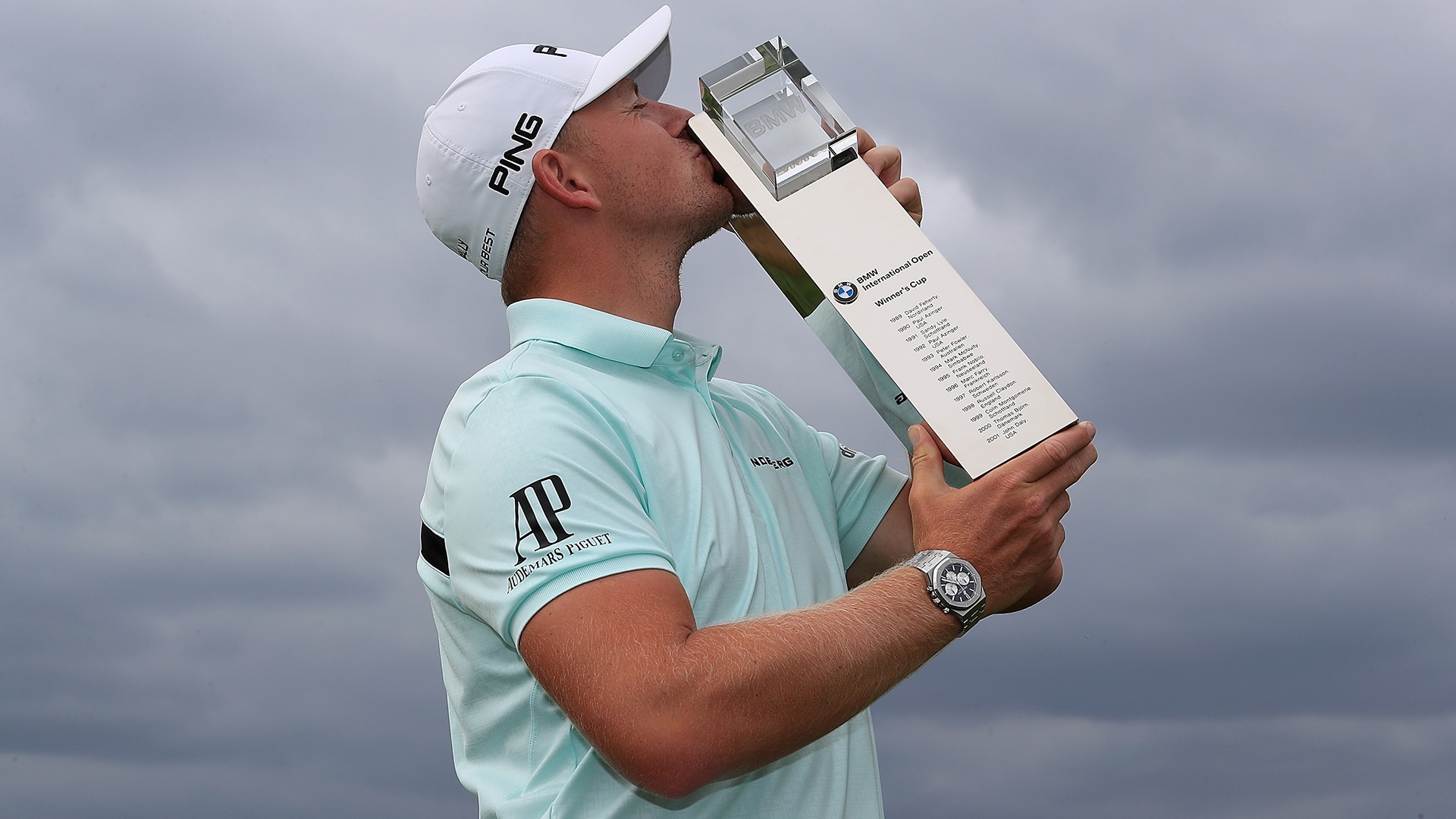 PULHEIM, Germany - England's Matt Wallace shot a 7-under 65 to hold off a record-breaking charge from Thorbjorn Olesen and win the BMW International Open on Sunday.

Wallace finished on 10-under 278 - just ahead of Olesen, Mikko Korhonen and 2008 winner Martin Kaymer, whose chances took a blow with a bogey on the 17th hole.

''I want to keep building on this,'' Wallace said after his third European Tour win. ''Obviously this gives me a lot of confidence to go on and play well and I want to kick on and hopefully do this in the bigger events from now on.''

Olesen had played himself into contention with the lowest round in tournament history, with nine birdies and an eagle for an 11-under 61. It was the lowest round of his European Tour career and it gave the Dane a three-shot lead before the final group had even teed off.

''I was just trying today to go out there and build on my game, see if I could shoot a low score,'' Olesen said. ''Obviously as the round progressed I kept on thinking birdies and trying to make the round better. Finishing with four birdies was pretty nice.''

Wallace turned in 34 but then made five birdies in seven holes from the turn to edge a shot past Olesen. He waited as Kaymer and Korhonen went close with rounds of 68 and 67, respectively.