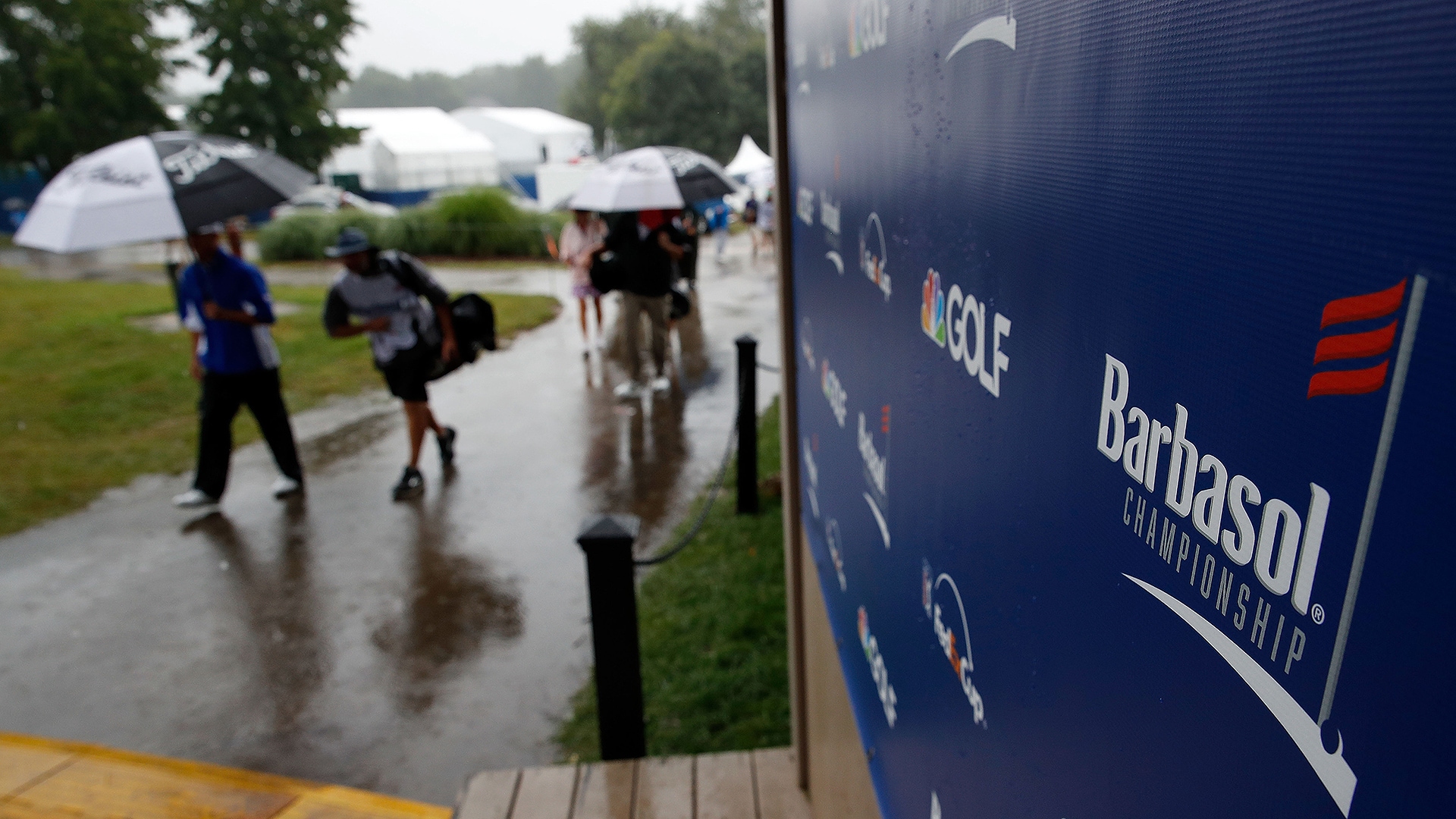 NICHOLASVILLE, Ky. - A thunderstorm has suspended the fourth round of the PGA Tour's Barbasol Championship until Monday morning.

Sunday's third stoppage of play at Champions Trace at Keene Trace Golf Club came with the four leaders - Hunter Mahan, Robert Streb, Tom Lovelady and Troy Merritt at 18 under par - and four other contenders waiting to begin the round.

The tournament will resume at 7:30 a.m. on Monday. Lightning caused one delay, and play was stopped earlier in the afternoon to clear water that accumulated on the course following a morning of steady and sometimes-heavy rain.

Inclement weather has plagued the tournament throughout the weekend. The second round was completed Saturday morning after being suspended by thunderstorms late Friday afternoon.

The resumption will mark the PGA Tour's second Monday finish this season. Jason Day won the Farmers Insurance Open in January after darkness delayed the sixth playoff hole, and he needed just 13 minutes to claim the victory. 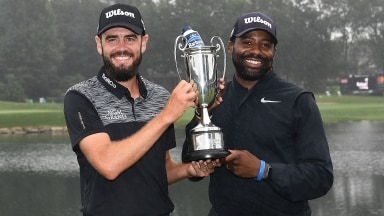 Troy Merritt won his second career PGA Tour title at the Barbasol Championship. Here's a look inside his bag.

Troy Merritt shot a final-round 67 to capture the Barbasol Championship by a shot after heavy rains pushed the conclusion to Monday. 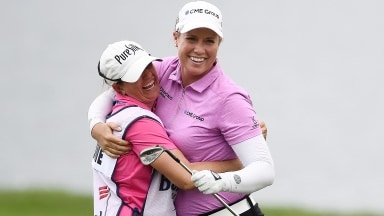 Brittany Lincicome may have missed the cut in the PGA Tour's Barbasol Championship, but she'll remember her final round for making 5 birdies and an eagle in a 1-under 71.