Wie one back of Icher as wind suspends ANA play 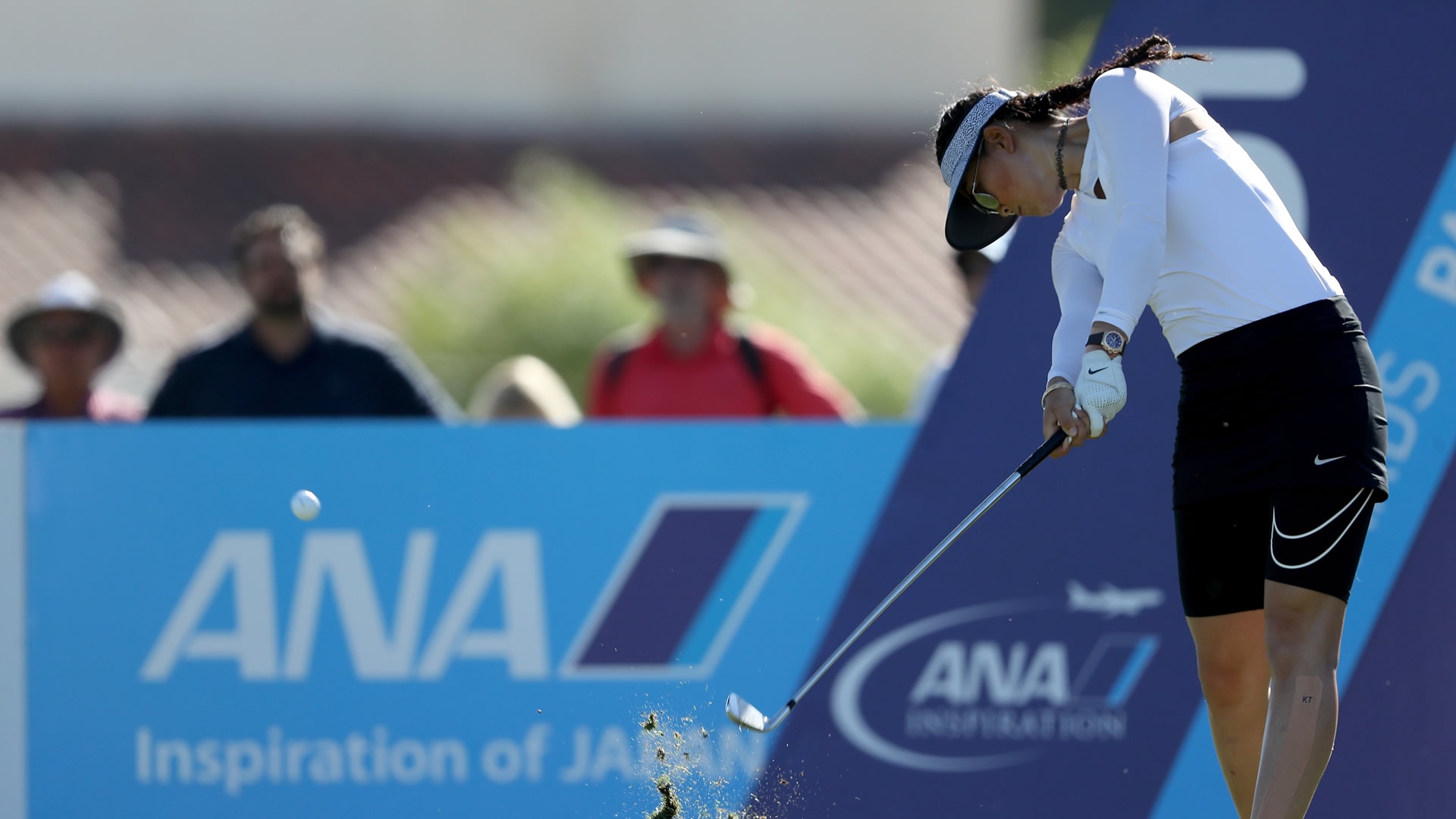 RANCHO MIRAGE, Calif. – France's Karine Icher shot a 5-under 67 to take an early lead before high winds shortened the opening day of the ANA Inspiration on Thursday.

Half of the field in the LPGA's first major of the year was still on the course when wild winds in the Coachella Valley forced an early halt to play. The first round will resume Friday morning.

Four players on the Dinah Shore Course were one shot behind Icher, including Michelle Wie and 17-year-old amateur Eun Jeong Seong.

Wie, the former child prodigy, played her opening round with 14-year-old Lucy Li, who was 1 under.

Lydia Ko, the defending ANA Inspiration champion and world No. 1, was 2 under through five holes before play was suspended.