Wiesberger leads, Bubba on course as play in China suspended 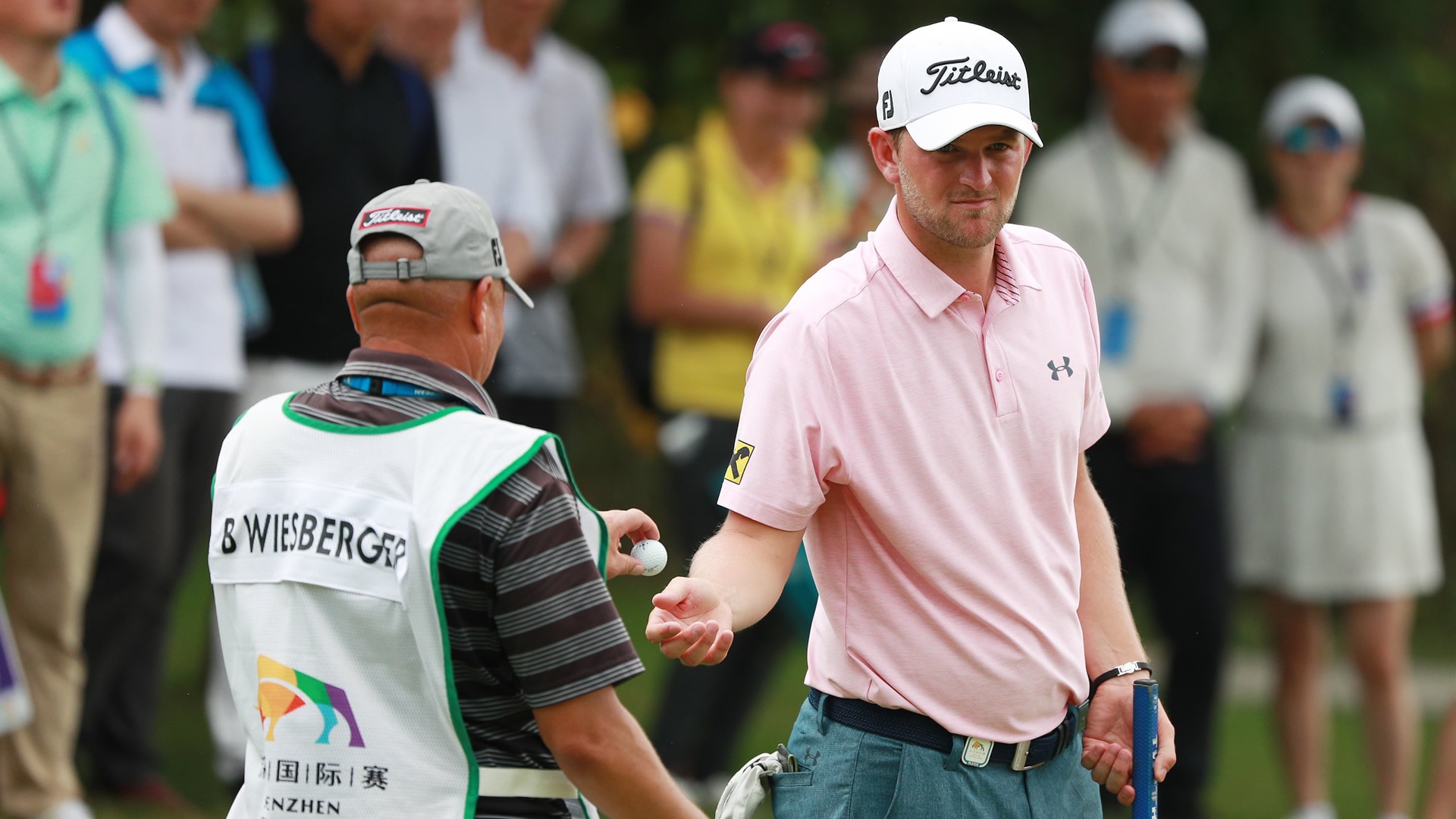 SHENZHEN, China – Bernd Wiesberger of Austria fired a bogey-free 7-under 65 to lead by four shots when the second round of the Shenzhen International was suspended due to storms on Friday.

Wiesberger completed his first round in the morning after lightning also halted play on Thursday, and birdied the par-5 17th to get within one of the lead. He added another seven birdies in round two to get to 12 under overall.

Full-field scores from the Shenzhen International

Dylan Frittelli of South Africa and Thorbjorn Olesen of Denmark carded matching rounds of 68-68 and were tied for second at 8 under.

Richie Ramsay of Scotland also had a 68 and was a further shot back alongside Gregory Bourdy of France (2 under through four holes) and overnight leader Bubba Watson (1 under through five).

Wiesberger has not missed a cut over the last eight months while claiming seven top-five finishes as he seeks a fourth European Tour title.

Watson had a birdie on the second in his first five holes, while Bourdy birdied the second and fourth and will have 14 holes to complete on Saturday.

George Coetzee, Scott Jamieson, and Jordan Smith were in the clubhouse at 6 under. Haydn Porteous was with them through eight holes.

In all, 75 players were yet to finish round two.