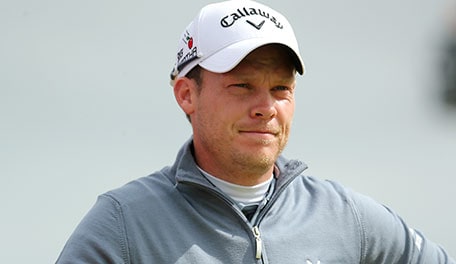 CRANS MONTANA, Switzerland - Danny Willett shot an 8-under 62 Friday to open up a one-shot lead in the European Masters before thunderstorms stopped the completion of the second round.

Willett, who tied for sixth at the British Open on Monday, has an overall 13-under 127 in the European Tour event.

South Korean duo Y.E. Yang and Seukhyun Baek both shot 63 and are tied for second.

Defending champion David Lipsky of the United States shot another 66 and is tied fifth on 8 under.