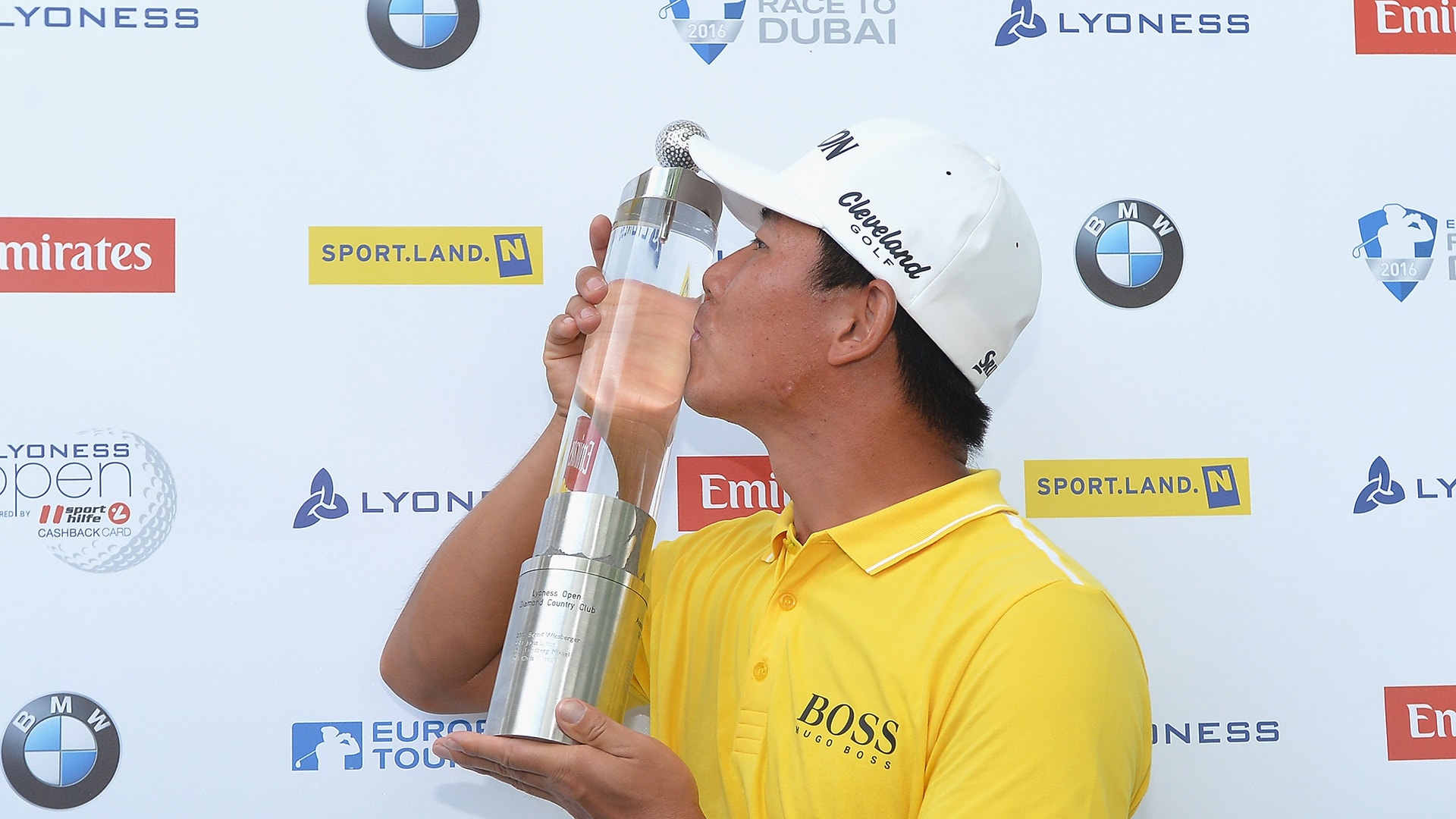 ATZENBRUGG, Austria - China's Wu Ashun came from a stroke behind to win the Lyoness Open on Sunday for his second career European Tour title.

Wu, who also won the China Open last year, had a 69 including seven birdies to finish with a 13-under 275. He was one stroke clear of first-day leader Adrian Otaegui of Spain with Richard McEvoy of England another stroke back in third.

Wu trailed Zander Lombard of South Africa going into the final round but picked up three shots on the first four holes. He later carded a double-bogey on the par-4 10th but held on for the victory as Lombard dropped to fifth with a 2-over 74.

Former champions Chris Wood of England and Joost Luiten of the Netherlands shared sixth at 5 under.