There was no exception at this year’s Annika Invitational.

What was the exception was the kind of theater that unfolded over three days at Reunion Resort in Orlando, Fla. While drama is mostly overplayed and underappreciated, the production at the Annika Invitational was something worth celebrating.

2011 marked the third year of the Annika Invitational, and the champions from the first two runs of the tournament – Simin Feng and Victoria Tanco – both returned, finishing T-61 and T-14, respectively.

Céline Boutier of Montrouge, France, held on to her second-round lead to capture her first victory on American soil, firing a three-day total of 3 under.

Kendall Prince, 17, of Lake Oswego, Ore., was lucky to make an appearance. Not because her game is lacking – she finished in solo fifth – but because a health condition questioned whether she would ever play golf again.

Prince spent the entire month of September 2010 in bed, recovering from liver problems. Her condition weakened her strength and her outlook of continuing to play the game she loves. Fortunately, she recovered and says she is well again and apparently well on her way to a successful 2011 in golf.

Jaye Marie Green from Boca Raton, Fla., a verbal commit to the University of Florida, finished T-10 after shooting 4 over across three days. Green nearly gave up on the game last summer, but had a renewed passion for golf after she won the AJGA’s Polo Golf Junior Classic in November then followed it with a win at the Sally in January.

The field’s youth was highlighted by two 12-year-olds: Hannah O’Sullivan of Cupertino, Calif. and Allisen Corpuz of Honolulu. O’Sullivan won the Stockton Sports Commission Junior Open in August, which was the first AJGA event in which she played. In her first season with the AJGA, Corpuz played in six events, and finished in the top-5 four times, including a win at the AJGA Junior at Quad Cities. She also advanced to the Round of 16 at Polo. Corpuz finished T-26 at the Annika Invitational and O’Sullivan finished 65th.

Seven of the top 10 girls in the Polo Golf Rankings teed it up. Forty players in the field have won an AJGA event.

The Annika Invitational served as Sorenstam’s first appearance as the AJGA National Chair. Sorenstam not only has her name on the event, she is intricately woven into the tournament’s very workings. Her efforts do not go unnoticed.

“It’s one of the best events in [girls junior] golf. It’s one thing to put your name on it, but to be out here is something extra. Now we see why it’s so great. To be here and be involved is pretty special,” Auburn's women’s assistant coach Ryan Cabbage said.

Cabbage wasn’t the only coach on-site, scouting the up-and-coming talent. Twenty college coaches as far west as Texas and north as Massachusetts gathered to watch the walks of the game’s future stars. The coaches, while restricted by the NCAA to reveal which players they were scouting, had no reservations to speak to the caliber of the event.

“[The Annika Invitational] is one of the most elite fields in junior girl’s golf. They really do a good job of bringing in international players as well, which has a lot to do with Annika [Sorenstam’s] influence,” head coach of the Florida women’s team Jan Dowling said.

In its inaugural year in 2009, the event was voted “Newcomer of the Year.” It is an invitation-only event featuring top junior players from around the world. The Annika Invitational will officially be an AJGA mainstay through 2014 and it’s not difficult to see why – it brings the game’s leading ladies together to make waves on the big stage. 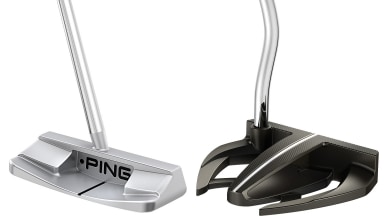 Ping’s new Sigma G putter models, which the company introduced at the PGA Merchandise Show, have a face inspired by the soles of athletic shoes. 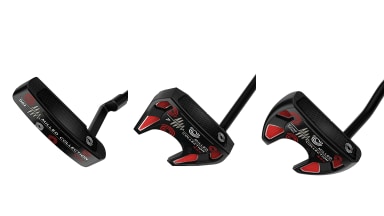 Do you pay attention to the sound of your putts? Callaway engineers do, and the result is the Milled Collection RSX line of putters. 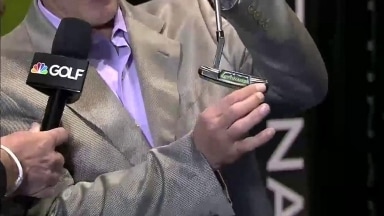 Take a look at some of the putters featured during "Morning Drive" at the 2016 PGA Merchandise Show.