Everything's the same for co-leader Jones, yet different 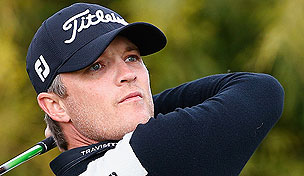 Getty Images
Jordan Spieth of the United States watches his tee shot on the 16th hole during the second round of the 2015 Masters Tournament at Augusta National Golf Club on April 10, 2015 in Augusta, Georgia. (Photo by Ezra Shaw/Getty Images)  -

SCOTTSDALE, Ariz. – In an era where PGA Tour players make more changes in coaches, caddies and equipment than wardrobe changes at a Cher concert, Matt Jones, who co-leads the Waste Management Phoenix Open through two rounds, is a welcome reprieve.

The 33-year-old Sydney, Australia, native who went to Arizona State University and has made his home in Scottsdale has had the same swing coach since he was 15. Winless on any tour since turning pro in 2001, when he left ASU after his junior year, the Sun Devil’s day in the sun may finally be dawning.

“It’s years of work,” Jones said of his time with swing coach Gary Barter, who lives and teaches at the Australian Golf Club in a suburb of Sydney. “We do the same thing, trying and improve the same areas and they are probably starting to come together.”

Barter isn’t on-site this week in Scottsdale, but was Stateside a “few weeks ago” and “will be here on Monday in Pebble” to connect with Jones for next week’s AT&T Pebble Beach National Pro-Am.

Jones’ 6-under 65 on Friday was bested by only one player (Brandt Snedeker, 64), and matches his lowest round ever (Thursday’s 65) in the WMPO. That wouldn’t ordinarily be difficult to believe, except Jones is no stranger to TPC Scottsdale’s bends and Bermuda. Quite the opposite, in fact.

“I play (TPC Scottsdale) a lot, actually,” Jones said. “I do a lot of practice here, and then I do a lot of playing in the afternoons.”

“I have never played well here. … I always struggle to break par here for some reason.”

Fair enough. But there has to be some reason.

“The golf tournament is so different tournament week than it is when you play out here regularly. It’s a lot harder, a lot faster. The greens are a lot quicker. The pins are a lot more tucked out here. So it’s like a new golf course.”

A new golf course, but an old approach.

It seems a winning formula for Jones as of late. After seven years on Tour (Jones has also spent time on the Australasia and Web.com tours), things are finally starting to come together. He came in second at last year’s Greenbrier Classic – his lowest showing on Tour - was a career-best 32nd in the FedEx Cup standings and was 48th on the money list (also a career high). He made 18 cuts in 24 starts in 2013.

His stats will tell you he’s playing better, too. He was ranked 12th on Tour in total driving and 30th in ball-striking in 2013  – both career lows for the Australian.

And he knows it.

“My driving (has gotten better),” Jones said. “I’m not having the misses that I used to have. My wedge game, took years for me to be able to control the ball, trajectory, spin of the wedges how we wanted. They’re starting to get better.”

While his ball-striking has improved, last year’s strokes gained putting statistic (he ranked 66th) shows that he continues to struggle in that area. Alas, self-awareness is the first step toward advancement.

“The putting is always the one that I need to improve on or become more consistent at.”

The course is finally showing some warmth and welcoming to Jones in this event, but that doesn’t mean the fans at 16 are.

“None [reaction on 16], really,” Jones said. “As long as I’m playing well, it doesn’t bother me if there are people supporting me or not. I have plenty of friends and family out in the crowd. I know they are watching and supporting.”

While everything in Jones’ routine and swing is the same as it always has been, by week’s end there might be something very different about him. He might finally be a PGA Tour winner.