Home Open is Monty's last best shot at a major 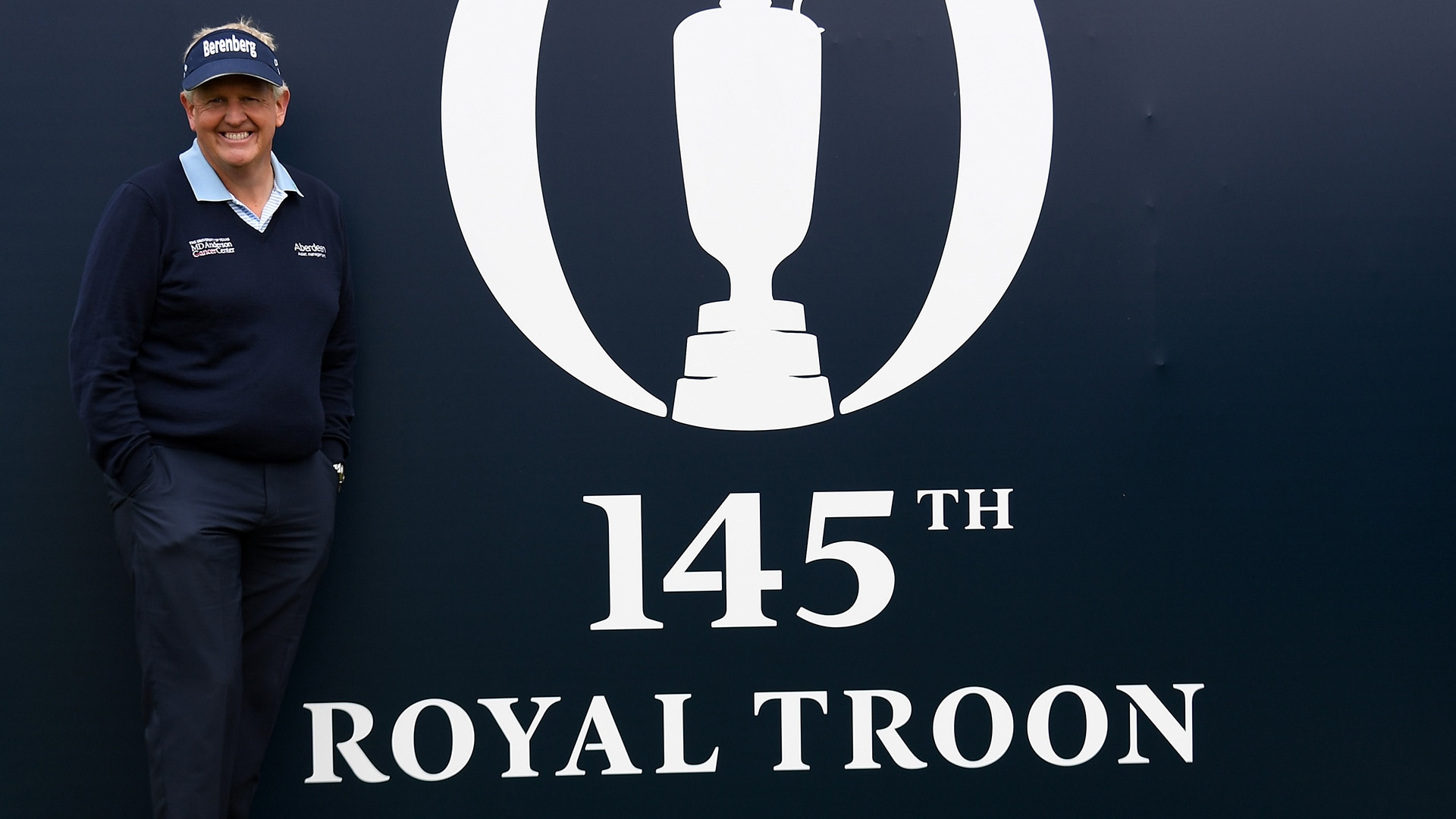 TROON, Scotland - A record eight years in a row the Order of Merit leader on the European Tour. Once ranked as high as No. 2 in the world. The fourth most career wins in the European Tour, with 31. A World Golf Hall of Fame member. Three times a senior major winner. Five times a runner-up in majors.

But alas, no major championship secured on the regular circuit.

Now, it seems, Colin Montgomerie has been given one last shot at major glory after qualifying for the 145th Open at Royal Troon. It's a course where he grew up playing and his father, James, once served as club secretary. While addressing the media on Monday, Monty said the house he grew up in is so close, he "could really throw a ball from here to the house. So as close as you could possibly get."

As rosey and poetic a story as Montgomerie winning at home would be, the 53-year-old made it very clear on Monday that he has no such visions in his head.

A bonus, sure, but we all know The Open has a way of surprising us.

Just seven years ago, a 59-year-old Tom Watson failed to get up and down on the 72nd hole to win at Turnberry and become the oldest Open champion in history, ultimately falling to Stewart Cink in a playoff. The difference with Watson, of course, is that he had mastered links golf and The Open, having won five of them (tied for second most of all time) during the height of his career.

Look more closely at four of the last five Open champions, and you'll see that with age comes wisdom. A then-42-year-old Darren Clarke won at Royal St. George's in 2011 for his first major.

The next year, a 42-year-old Ernie Els found himself on top at Royal Lytham & St Annes for his second claret jug and first major championship in 10 years.

Bet you didn't see Phil Mickelson's win coming the next year at Muirfield, did you? At 43, having never spoken glowingly about his ability to play links golf, Lefty won the Scottish Open the week in advance of the British. Then, early in the week at Muirfield, Mickelson said he had turned his relationship with links golf from one of "hate" to one of "love." He went on to win the third leg of the career grand slam.

And even last year's victor, Zach Johnson, was a surprise winner at age 39, eight years removed from his 2007 Masters triumph.

Is Monty a longer long-shot than any of those other guys were? Probably. But he's found himself with another shot at major glory in a place he knows well. Perhaps the lack of pressure combined with his recent success in senior majors will help him this week.

"If I play the way I did when I won the senior majors or I feel as if I'm playing as well as I did in 2005 when I finished second to Tiger there at St. Andrews, I don't feel there is any difference," he said. "The only difference possibly is length. I'm not hitting the ball as far as I did in comparison to the others in 2005. But knowing my way around here and hitting the ball well off the tee and my irons into the greens, and knowing where to miss the shots, there's no reason I can't do well here. No, no reason at all."

For those of you cynical about his senior major championship victories ("So what?! He beat a bunch of old geezers!"), he's had to best - among others - Bernhard Langer, who was in contention through 54 holes at this year's Masters.

Can Monty pull it off? That remains to be seen, but his affinity for Royal Troon is not to be overlooked.

"The reason I did try and qualify and put my heart and soul into it was because it was here, and knowing that this is the last time that I'll have the opportunity of playing at Troon," he said.

Montgomerie will hit the first tee shot of the championship on Thursday morning at 1:35 a.m. ET (6:35 a.m. local). Might he also hit the last on Sunday night?