Who's The Real Eliminator Here? 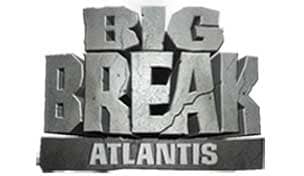 Getty Images
AUGUSTA, GA - APRIL 05: Golf writers queue up to attend the Tiger Woods press conference during a practice round prior to the 2010 Masters Tournament at Augusta National Golf Club on April 5, 2010 in Augusta, Georgia. (Photo by Jamie Squire/Getty Images)  -

On your average Big Break shoot, there are four interview producers.  With the usual number of twelve contestants on the series, a simple calculation reveals that there are three interviewees per interviewer.  (And I remember wondering at the time, 'When am I ever going to use this 4th grade math?')

At about an hour or more per interview, that's roughly three-and-a-half hours of talking about the day that was.  But, arguably, they're the most important hours of a production day.  Getting deep inside the heads of the competitors is what sets the Big Break apart from most other varieties of golf.

We're never quite sure if the players enjoy the interviews as much as we do.  After all, there's more golf to be played and another long day ahead tomorrow, and to a golfer -- especially a Big Breaker -- sleep is more valuable than prison cigarettes.

Like them or not, the only way out of a post-game interview is for a player to be eliminated.  During the Atlantis series, Meghan had the dubious honor of giving the first goodbye interview.  By random predetermination, I was the one charged with asking the questions of Meghan throughout what became her limited run on the show.

Now if there is an upside to losing a contestant, it's gaining the extra hour of sleep the following night.  I would have been happy to chat with Meghan for one or several more episodes.  Alas, it just wasn't in the cards, and the following night I hit the pillows that much earlier.

In Show 3, Zakiya took the walk, and since she was another of my interview subjects, you'd think that was even better, right?  Not quite.  Losing two interviews so soon doesn't guarantee you anything, because the numbers don't add up at that stage.  Some other hard-working interview producer still had three players to talk to.  So we reshuffled.  Two for him, and two for me.

Prior to episode four, I added Aubrey to my interview list; lo and behold she didn't survive the day.  Before show five, Natalia.  Gone.

By then, my fellow producers were calling me 'The Eliminator'.  A human cyanide capsule with a note pad.  Anya.  Christina.  Bang.  Zoom.  Schedule an interview with me and you might as well write your living will and your Big Break obituary while you're at it.  Of the first nine players to say goodbye to Atlantis, half a dozen of them had to do it while looking at yours truly.

Of course, there was another 'Eliminator' on the show.  Namely, Selanee Henderson.

Each time I was asking one of the aforementioned castaways how it feels to hear that last putt drop on them, or when it actually sinks in that the dream is over, there's a very good chance that their travel reservations were made by virtue of a Selanee birdie.

Seville had its barber.  Eastwick had its witches.  Through nine episodes, it's been remarkable to watch Selanee evolve into the Eliminator of Atlantis.  Early in the series, she was backing off of short putts like there were wasps in the cup.  But somewhere she turned a corner, and since then she's been like Big Break Ebola, devouring anyone who's unfortunate enough to catch her at the end of a show.

Selanee has relished the new role she's carved out for herself.  Marcela is into the Championship Match.  Gloriana has yet to face elimination, but with only Selanee standing between her and a ticket to the finale of Big Break Atlantis, that's looking like an inevitability.

And now that I'm fresh out of players to interview, we'll find out who the real Eliminator is.