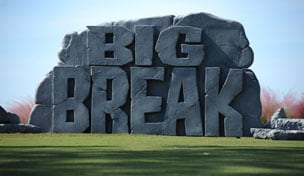 For those currently in the throes of the soon to be SyFy Channel movie “Polar Vortex”, I extend my most sincere apology for line you’re about to read next…

As I sit, barefoot, out on the balcony of my hotel room, gazing out at the Atlantic Ocean whilst sipping on an adult beverage (stick with me vortex-ers); I can’t help but feel like I’m back in a place and time of my somewhat recent life that has since passed…yet seems like it never ended…or even happened. How long had I been here? A lifetime? A day? Or is it somewhere in between. Ok, maybe I’m being dramatic, but this just feels weird. I feel like I left this place long, long ago…yet, somehow, never actually left. I’m back at the Omni Amelia Island Plantation and we’re not shooting Big Break tomorrow.

Hold on to your armrests folks…it’s time for Lead Producer, Brendan Havens, incoherent thoughts and ramblings…

What I’m realizing as I finish off my 1st Gentleman Jack of the evening, this is the first time I’ve ever returned to a location at which we’ve shot a Big Break. Granted, most of the series I’ve produced have been in places I can’t afford to return to, but this still doesn’t account for the fact that I’m back here in Amelia Island. This day’s whereabouts are because Omni has been so gracious to host an advanced screening of the premiere episode of Big Break Florida. Being the Lead Producer and all, I was invited. So, I’ve put my editor to work on the finishing touches to show 4 and now I’m watching the waves roll in until the festivities start in an hour.

The strangeness of this whole experience of which I spoke of earlier, seems to lie within a few different factors. One of which is the time period we stay at a location during filming. We’re on location for three weeks when shooting a season of Big Break. Being somewhere for that long kind of tricks your mind into thinking that this is now “home”. So, when you leave at the end of a series shoot, for a split second, it kind of feels like you’re moving away from home.

During these three weeks on location, you kind of enter into this time-bubble where the normal rules of time and space do not exist. A hotel becomes your home. For the core production team, the work days average to about 15 hours. After the first couple days, you completely lose track of what day it is. Your only frame of reference for how many days you have left on location is what episode you’re currently filming.

At the end of this shoot, the majority of the crew goes on to other jobs within television and film and basically disconnects themselves from the experience. For someone like myself, though, there is no disconnecting. I’m immediately back in the middle of the competition from the second I return to the Golf Channel offices. Only this time, it’s thru a TV screen.

So now, as I finish off the last sip of my adult beverage before changing into my suit for the premiere party, this weird feeling I’ve been trying to comprehend starts to make sense. I’m back to a place in which I left months ago, yet thru the process of editing the series, I’m at the Omni Amelia Island Plantation every day. Even though I’ve physically left the island, I haven’t actually left. 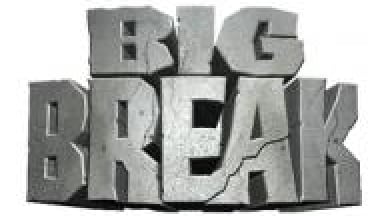 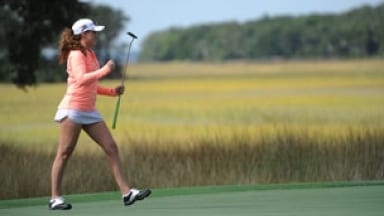 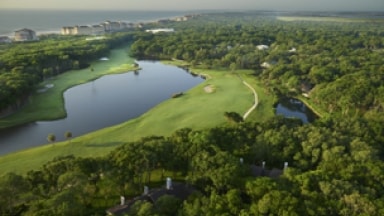