The Irony is So Ironic 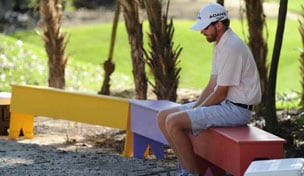 Where to begin.  Do we talk about Brent somehow not making it to the finale after dominating most of the season?  Do we talk about Taylor’s two crazy clutch par saves on the 1st two holes of her match which totally turned the momentum around?  Or do we talk about Jay being 6 feet away from the first spot in the finale and letting it slip away?  Nah.  As usual, I’m gonna make like Randy Moss and go deep.  Welcome back to Lead Producer, Brendan Havens’, incoherent thoughts and ramblings about this penultimate episode of Big Break Mexico.

At its core, Big Break is not a show about golf.  Big Break is a show about 12 different stories and personalities who come together and try to coexist while competing for the break of their lives.  While golf is what everything is based around, it’s really just a means to an end.  Where so much of the action of the series takes place inside the ropes, during the course of each challenge, so many of the storylines that come to life during the course of a Big Break series come straight from the very smallest of moments that may or may not happen directly in front of the camera within the boundaries of the playing field.  A lot of times, it’s those moments that happen just behind the lens that can develop into series long threads that weave a character’s story arch and define their run thru a Big Break series.  One of those storylines that’s a perfect combination of both playing field story and behind the lens story is Matt’s rise from the bottom…all the way to the top.

As chronicled in my incoherent thoughts and ramblings after show 4, Matt reached rock bottom when he blew his match against Jay, earning that 3rd strike for Team Aztec.  On the field of play, the storyline was obvious; a wayward drive and a misjudged approach shot ended up being the keys of the collapse.  Though, it’s what happened right after the challenge; just past the lens is what really drove home this storyline.  As Matt walks past the flank of 10 cameras to an empty bench and starts questioning himself, a couple cameras turn very quickly and quietly in Matt’s direction and change this moment from being a perceived behind the lens moment, to being inside the playing field.  Sure, if this moment was never caught on camera, we could infer that Matt was upset after losing his match; but his emotion was that much more real when we could actually see it unfolding immediately after the golf part was all said and done.  It was one of those moments that separate this show from being just about golf and about the emotion that goes along with it all.  Knowing we had it on camera, it immediately became a point of emphasis for the evening interviews for all the contestants.

I interviewed Matt after every day of the competition and before we could start our interview that evening we had to take a short golf cart ride from the Presidential Suite, to the interview rooms.  During this time, there’s no cameras around, there’s nothing going on except for casual conversation. During our cart ride that evening, Matt was clearly a different person than I had chatted with during the 3 previous evenings.  He was frustrated, embarrassed and searching for answers.  At the same time, though, he was almost more at ease, calmer and more open than he had been up to that point.  I got the sense that he knew he was at a defining moment in the competition.  Before we even sat down with a camera, knowing where his mindset was, I knew my line of questioning would have to play off his realization that whatever happened from this point forward would define his storyline for the rest of his run on Big Break Mexico.

It’s been said that, “there is no ‘I’ in team, but there is a ‘u’ in suck”.  Not sure who said that originally, but damnit, it may as well have been Matt after the last hole of that Strike Challenge.  He knew what happened and he knew that in the immediate, it was his fault.  But, the team got themselves into that situation and it was time for him to fix his mistake and pull himself out from the bottom.  A quote from Harriet Beecher Stowe may sum up Matt’s transformation the best: “When you get into a tight place and everything goes against you, till it seems as though you could not hang on a minute longer, never give up then, for that is just the place and time that the tide will turn.”

It’s no surprise that this moment from show 4’s Strike Challenge was very much in the forefront of Jay and Matt’s minds as their match in this week’s episode began.  For Matt to completely finish his journey from rock bottom, to the top of the rock, it feels like it would have to entail defeating Jay mono e mono.  Not only that, but the eerie similarity of a misjudged approach shot and a wayward drive made it feel like Jay ended up returning the favor that Matt initially gave him in episode 4.  The irony can be so ironic. 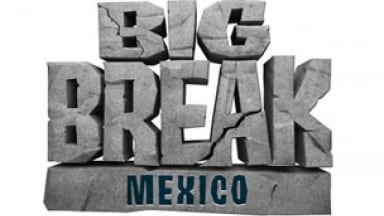 How to Be a Contestant on Big Break

With Big Break Mexico behind us now, one of the Big Break series producers gives you insight on how to become a contestant on Big Break. 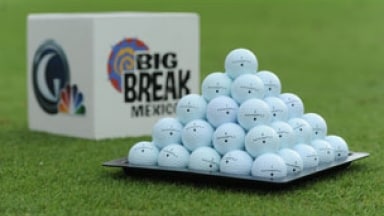 Read the producer of Big Break Mexico's reasoning to make the playoff between Liebelei and Brent a two-part show.