If these stars could do just one thing differently ... 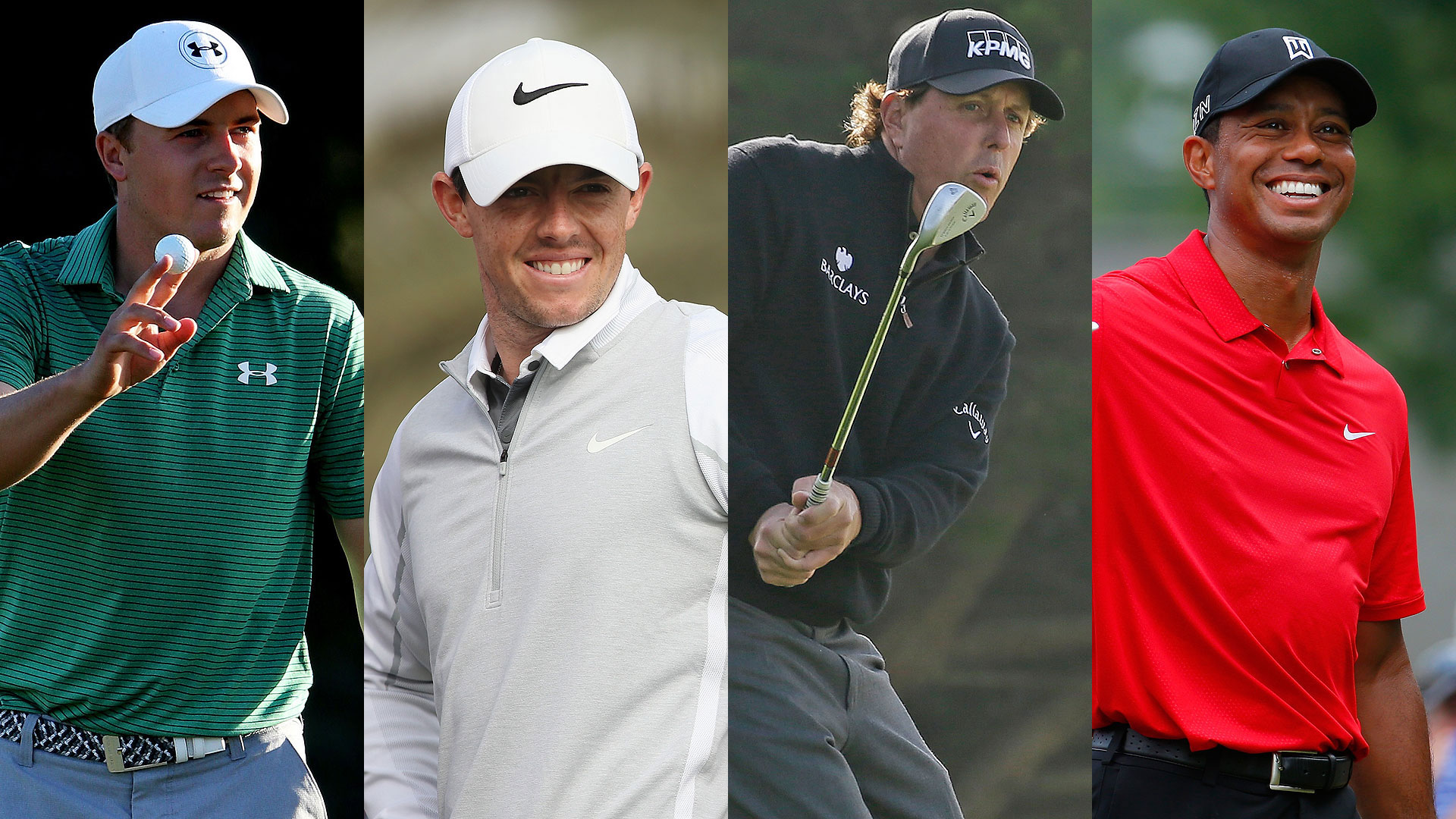 As vices go, it’s right up there with smoking in bed. Yet for all the risks, many of today’s professional golfers make changes, not just in technique, but in coaches, trainers and psychologists, simply for the sake of change.

I suppose it’s a remnant of the “I’m bored” generation, who flit from one video game to the next in an obsessive quest to stay on a high, calling it the pursuit of perfection.

To be fair, this is the attitude that built just about every great thing on this earth. A never-ending desire to innovate.

But an athlete is limited by the toll of those constant changes on his body and the time it takes to make them, to say nothing of the psychological trauma of always being a “little off.”

So when is "good" good enough? And when is "better" the enemy?

When the changes are more of an end than a beginning, when an athlete loses the subconscious flow of athleticism that gave him the luxury of contemplation of a higher order and the supreme confidence that comes with that athleticism and contemplation.

Having said this – and said it many times, by the way – I wish I could give just one change to many of today’s best players. Not for change’s sake, but for theirs.

To Jason Day: I would have him watch videos of Sam Snead’s golf swing and think of being “oily” in transition.

To Rory Mcilroy: I would have him practice putting with just his right hand, a la Tiger Woods in his prime. Rory talks about wanting less right hand in his stroke; I would argue he needs more. Much more.

To Bubba Watson: I would ask him to read Arnold Palmer’s biography. Bubba has a king’s talent; he needs a peasant’s perspective.

To Justin Rose: I would stick him in a room and make him watch Lee Trevino and Bobby Jones on a loop. Specifically, the way they get “into a shot” with their feet and hands always in motion so that the backswing begins almost as a rebound of that motion. Rose is too good to be that stiff-looking before he swings a club.

To Adam Scott: I would have him round his shoulders just a hint at address to take a little of the tension away that is present before he begins his swing. There is a generational poverty in this particular part of the address position amongst today’s Tour players and it is particularly noticeable in Adam.

To Phil Mickelson: who has the kind of ingredients in a golf swing that can’t be cooked up in a science lab and plays as if he’s been given a pocket full of get-out-of-jail free cards, 10 more years injury-free. Please.

To Rickie Fowler: Just as Phil Mickelson has for his entire career, please, lift your lead heel at the top of your swing and those 10 injury-free later years that I ask for him will come to you as well. Professional golf has always been a younger man’s game, and this move keeps one young.

To Bill Haas: He seems to have everything – a great swing and a great family… and a FedEx Cup title, but no major success. Stand taller and move closer to the ball. Byron Nelson said one can’t stand too close to the ball and Jack Grout, Jack Nicklaus’ teacher, famously said, “A high trajectory wins majors.” If Haas stood a little taller, he would have to move up to the ball and as a consequence, he would hit it higher and major success would follow.

To Louis Oosthuizen: The realization that in a decade or so, there will be time enough for the farm. The sun is shining now.

To Jordan Spieth: Ten children. As they say in Texas, the apple doesn’t fall far from the tree.

To Dustin Johnson: Six hours a day in a bunker for a month. It worked for Tom Watson, it will work for you.

To Lee Westwood: At some point, a microphone. You are too clever not to be heard.

To Sergio Garcia: Tapes of me for the last 15 years lauding your talents and ignoring your psychological sabotage.

To Tiger Woods: The ability to finish the greatest career in the history of golf as you see fit.