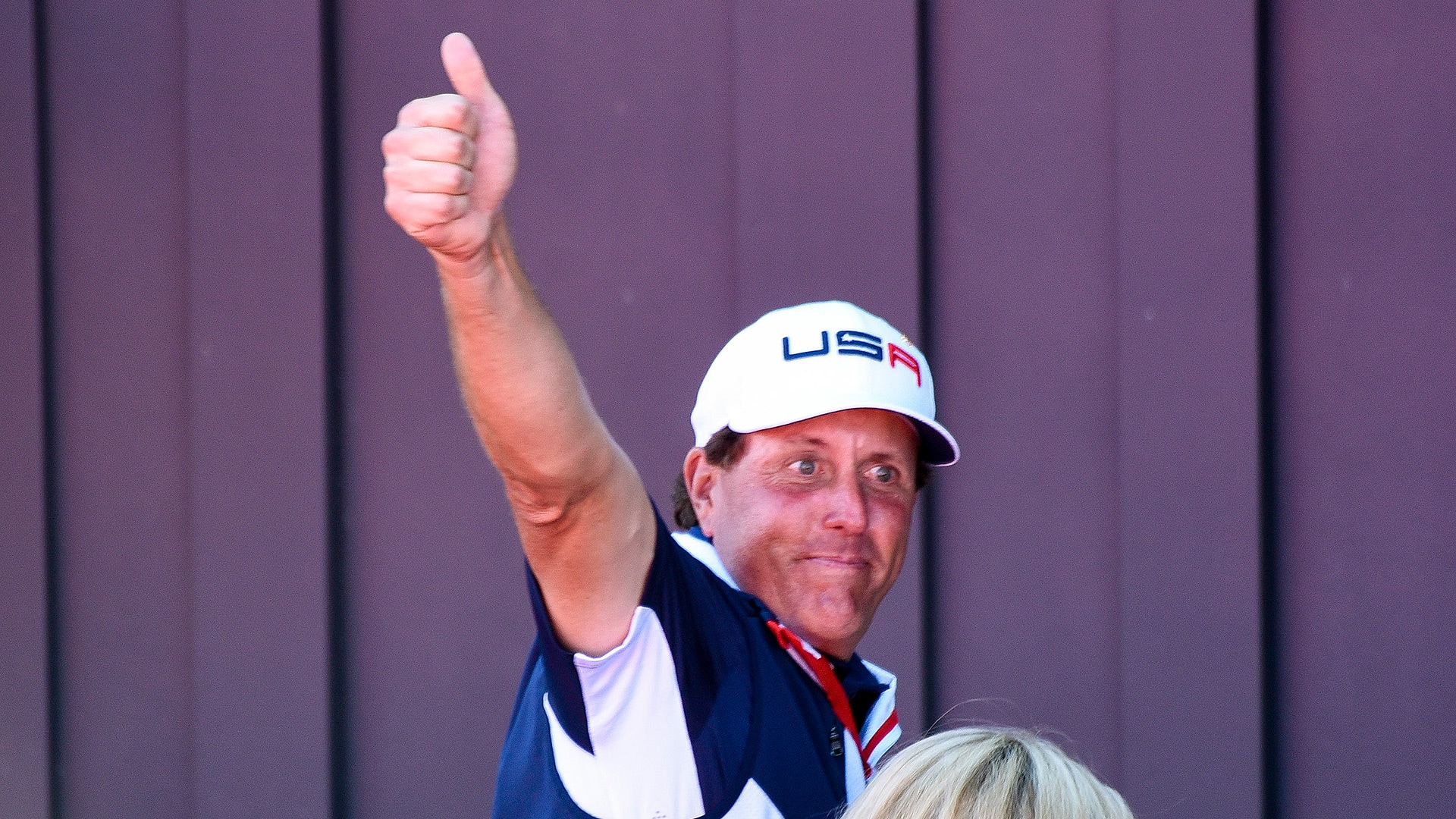 The Ryder Cup is an assault on your senses. It’s a party with the volume turned up to maximum. It’s a sport with hyperbolic acts of partisanship. It’s a schadenfreude parade. No, it is not what Samuel Ryder wanted it to be or intended for it to be, but it is exactly the way to get this “I’m bored” generation, who move from video game to video game, interested in golf.

Think about it - most of the team sports the United States is great at, the rest of the world hardly plays, and the one team sport the world most widely plays, soccer, the United States is hardly great at. So there is no World Cup of American football, and despite the pretentiousness of the title World Series there are no global competitors to the USA’s dominance in baseball. Similarly, every four years the newest version of the Dream Team is a slam dunk to win Olympic gold in basketball.

In the Ryder Cup, the U.S. plays a game where it has an obvious world ranking advantage, and one could assume by golf’s inclusion in the Olympics, an increasing global appeal, and yet, the U.S. has won only three of the last 11 meetings. You may be saying as you read this, that given the decisive victory in this year’s contest, the United States has regained the vertical, so to speak, but in two years, the 12 best from this country will head to France and try to win this biennial back-and-forth for the first time in 25 years on foreign soil.

The European lopsidedness is maddening to the millennial and baby boomer alike. How can the United States be by far the best in the world at golf (the U.S. has 23 players in the top 50 in the world rankings and the next closest country, England, has seven), yet so easily beaten by Europe in the Ryder Cup? If you haven’t noticed there is a lot of commentary on this … and, there is even commentary on the commentary.

In 2004 on the Sunday after the United States had been thrashed at home, 18 ½ to 9 ½, Tiger Woods was asked why Europe was so much better in this format. “Well, I think they have just gotten the job done,” he said. “When it comes right down to it, I think they just played a little better.” Yes, like Tiger Woods played “a little better” than everyone else at the 2000 U.S. Open. And as much as I’d love to say that Tiger just got the job done at Pebble Beach that year, stating the obvious does not in any way answer the question as to why he was able set the widest winning mark in the history of our national Open. Of course he got the job done and of course he played “a little better” than everyone else, but what made him so much better than the rest of the world of professional golf is at once the most interesting and puzzling of questions. To get the answer right is to get closer to the goal of every golfer, which is to get better, or at least know how to get better. As it relates to the Ryder Cup, to get the answer right as to why Europe dominates, why its sum is better than its individual parts, is to find the definition of team.

That same Sunday in 2004 Tiger’s teammate, Davis Love, was asked a similar question and he said, “Well I don’t think there is an explanation.” His captain, Hal Sutton, suggested it was the media’s fault for marketing the Europeans as underdogs based upon the world rankings. Then he suggested there was a flaw in the world rankings, insinuating that the two-year process of point accumulation somehow ranked European players lower than their actual talent and simultaneously ranked American players higher than theirs.

From having no explanation, to a very clear albeit incorrect and slightly paranoid conclusion, one catches on the edge of their remarks the defensive reaction when there is a hint of debasing the currency of an athlete’s passion for a team event. I think that night Phil Mickelson came closer to the mark than anyone else when he said, “We feel we have everything to lose and nothing to gain.” And that, “We need to play with more of a free spirit” This speaks more to the psychological make-up of the one common denominator of the last 11 United States teams, Phil Mickelson. This was exactly my argument during the week of the Ryder Cup regarding the United States’ losing record being related to the leadership of the teams: The Americans were playing as if they had everything to lose and nothing to gain. The team took on the personality of its leadership and it follows, his record.

After yet another defeat by the Europeans in 2006, Tiger Woods said, “I think each team that you’re involved in takes on the personality of your captain.” I’d argue that while the captain makes the trains run on time, a team takes on the personality of its leaders who are playing. I offer as evidence Seve Ballesteros’ influence on the European teams, not only while he was alive but even now, when Europe evokes the memory of his passion for this event.

Seve’s memory was certainly present in the teams of Jose Maria Olazabal at Medinah and Paul McGinley in Scotland, for which the United States had no answer. But perhaps Phil Mickelson’s didactic diatribe on Sunday night after yet another loss in 2014 convinced just the right person of the importance of proper leadership. Him.

In the build-up over the last two years, and most certainly the last few days before the Ryder Cup began, nobody has ever put themselves more at the center of a sport’s controversy and then done so much to prove themselves to be correct. Leadership is not appointed, it’s earned in the context of achievement in difficult times, From a psychological perspective, I can’t imagine a player being under more pressure to perform than Phil was during the week of the Ryder Cup. Even Freud might have said, “I’m out!” but Phil played like the genius he is.

Of course we are never going to land exactly right on this, and I do not have all the information I need to know all the answers. I have not spoken to Tiger Woods on this subject and have spoken to Phil only once, shortly after the United States lost the 2014 Ryder Cup. I am reminded in matters of opinion that even the scientific world is couched with caveats. Einstein started his explanation of quantum theory with the words, “It seems to me …” and Darwin introduced his Theory of Evolution with the hesitant qualifier, “ I think …”

So it seems to me, the United States has finally found the leader it so desperately needed in Phil Mickelson. Better late than never, I think.