What if Grantland Rice had covered The Players? 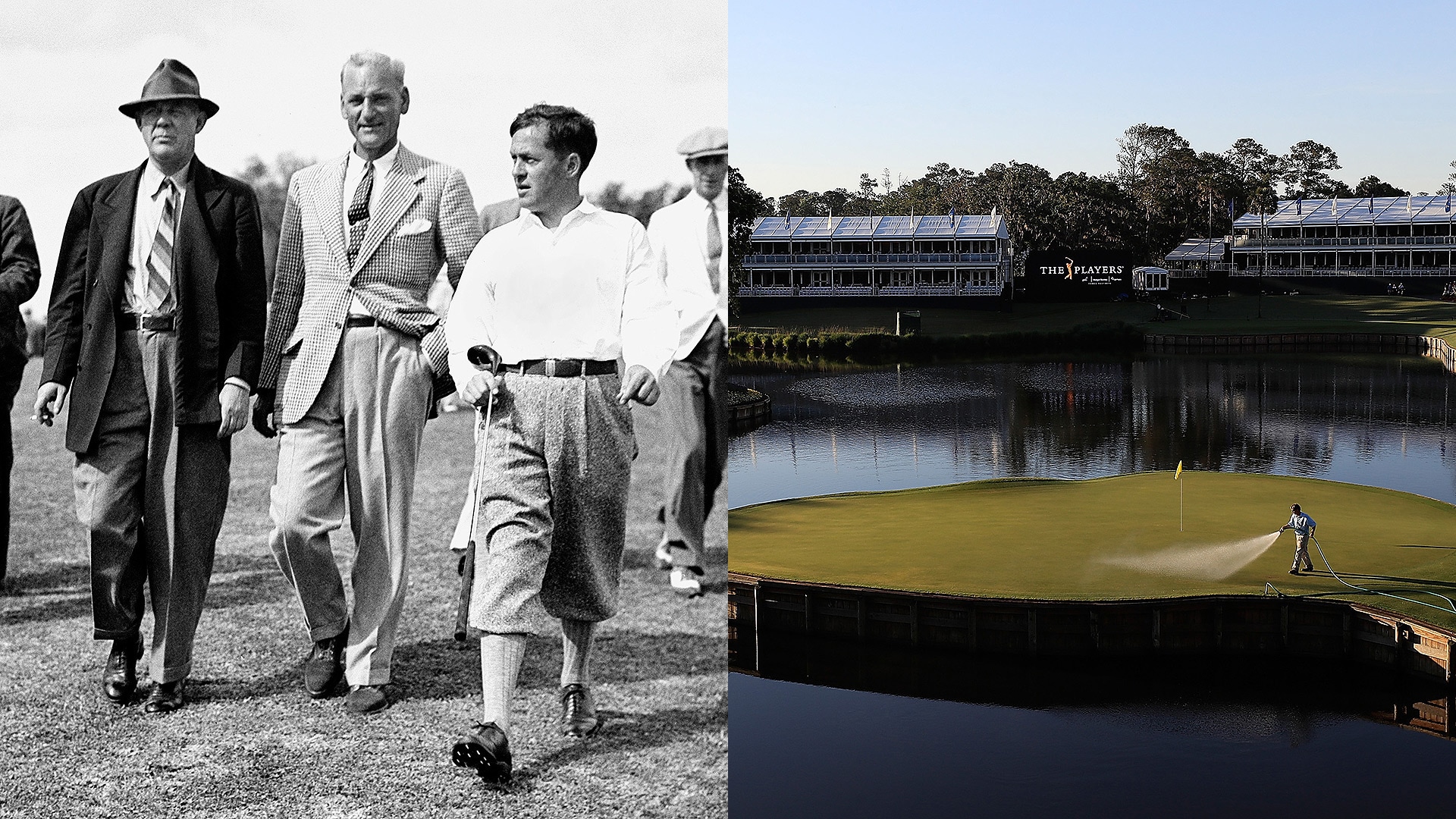 PONTE VEDRA BEACH, Fla. – In 1935 when Gene Sarazen holed a 4-wood for a double eagle on the 15th hole in the final round of the Augusta National Invitational ( it wouldn’t be known as the Masters until 1939), it may have been “the shot heard round the world” as the famed writer Grantland Rice called it, but it was not a shot that led to him winning a major championship or for that matter, the career Grand Slam.

Gene Sarazen won the 1935 Augusta National Invitational, which at the time was a small, convivial gathering of Bob Jones’ friends in the game, and some of the best players in the world; exactly as the name implied, it was an Invitational, not a major. In 1935 the “majors” were the U.S. Open, The Open Championship, the PGA Championship, the Western Open and the amateur championships of the United States and the U.K.

When it is said of Bobby Jones that he won 13 majors, it is rarely qualified as that breaking down to seven professional major wins (four U.S. Opens and three Open Championships) and six amateur major wins ( five U.S. Amateurs and one British Amateur). Owing to the fact that Jones lived in an era when it was not unusual for amateurs to win professional majors, and golf was almost exclusively an upper-class game controlled by amateurs, amateurs championships held an exalted place on par with professional majors. This was slow to change.

Not as slow to change was the way in which the Masters was viewed by the media and then the world. And there is a parallel with this week's gathering at TPC Sawgrass, The Players Championship. I'll get to that in a moment.

Grantland Rice was the man who dubbed the backfield of the 1924 Notre Dame fighting Irish football team the “Four Horsemen." That was a biblical reference to the four horsemen of the apocalypse. In a passage that has become perhaps the most famous in sports writing history, Rice wrote in the New York Herald Tribune on October 18:

Outlined against a blue-gray October sky the Four Horsemen rode again. In dramatic lore they are known as famine, pestilence, destruction and death. These are only aliases. Their real names are: Stuhldreher, Miller, Crowley and Layden. They formed the crest of the South Bend cyclone before which another fighting Army team was swept over the precipice at the Polo Grounds this afternoon as 55,000 spectators peered down upon the bewildering panorama spread out upon the green plain below.

And the rest is history.

The 1920s was an era where the atrocities of World War I and the massive death toll from the Spanish Influenza epidemic, which killed 50-100 million people worldwide, were still heavy on the minds of the American public. Looking for a diversion, they found it in the writings of men who became known as myth makers. Rice, O.B. Keeler, W.O. McGeehan and scores of other sportswriters filled columns with classical allusions and wrote florid prose about sports stars, and reading about them in the newspapers became an American pastime.

Rice was the most read and most famous of them all, and he was an early member of Augusta National and played a role in its growth as a club and an even bigger role in the Masters becoming a major. He knew everyone, and everyone wanted to know him and what he wrote held sway in the world. When Sarazen hit that famed shot on 15, perhaps a few hundred people saw it, but when Rice wrote that it was “the shot heard 'round the world,” the trajectory of the tournament sizzled like Sarazen’s 4-wood.

Nobody can point to the exact date when the Masters became a major, but by 1960 when Arnold Palmer had won it for a second time, and Herbert Warren Wind had two years previously named the second shot at 11, the tee shot at 12 and the tee shot at 13, Amen Corner, it most certainly was. Intoxicated with the beauty and influenced by the powerful men who were members and the powerful words of one member, the rest of the media fell in line and rewrote the history books.

Men who had won an Invitational were retroactively credited with a major and so it was written that Gene Sarazen completed the career Grand Slam in 1935, when he did no such thing. In actuality Sarazen had won the U.S. Open, the PGA, The Open and the Western Open by 1932, but at some point and again no one can say exactly when, the Western Open lost its major status, and the Masters gained major status and the records of men changed. Nobody seemed to mind. Nor did they mind when the U.S. Amateur and the British Amateur quit being counted as majors.

All of this brings me to an event that is a major and as of yet isn’t counted as one.

The Players began in 1974, and unlike the Augusta National Invitational, whose co-founder Bobby Jones wanted it to be a humble annual gathering and nothing more, The Players from the beginning was heralded as the game’s fifth major. Within 30 years that humble gathering was one of the game’s four biggest events; it’s been over 40 years and The Players can still only claim that it is the PGA Tour’s flagship event. Why?

Majors dominate the conversation in the golf world with Jack’s 18 and Tiger’s 14 a common thread. Those numbers seem inviolate, but Jack once had 20 before his Amateurs were subtracted from the total for some unknown reason. Perhaps because Tiger won three U.S. Amateurs to Jack’s two, which would put Woods only three majors back and not four, but that's another story. The point is, major records have been redacted, reduced, added to and changed almost as long as the game has been played. When the rise in prestige of one event grows to a point it no longer suffices to call it just a “big tournament” or lessens to a degree it is no longer worthy of major status, the records have been amended, surreptitious as it may be.

And the rest would be history.