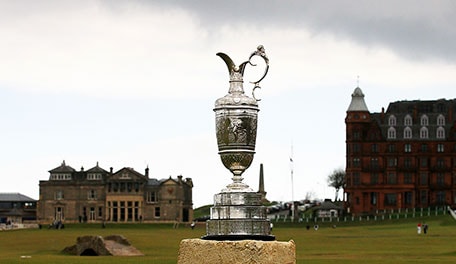 UNIVERSITY PLACE, Wash. – The only real noise Europe’s top golfers made at the U.S. Open was with their mouths and thumbs.

Shocking, frankly, as Americans have been entirely too accustomed to Europeans walking off with their biggest trophies lately.

Entering the week, four of the last five U.S. Opens had gone to Europeans, and the dominance has been equally, if not more, impressive in Ryder Cups.

And as the sun set at Chambers Bay, what was so remarkable was not one Euro in the field contended on a golf course built by jealous Americans who adore the 200-plus true links courses to be found in Great Britain and Ireland.

Instead, Ryder Cup rivalries be damned. The leaderboard, with three South Africans and two Aussies in the top seven, was Presidents Cup-esque.

A sour week for Europe

Spend some time in a clubhouses in Europe and eventually you’ll hear a member suggest the average American golfer is spoiled by bent grass greens reading 11 on the Stimpmeter and soft fairways you can scoop a ball with a lob wedge straight into the air when a little 5-iron bump-and-run would suffice.

And yet, here was a course with conditions maligned more than any tournament venue in recent memory. And rather than Europeans embracing its imperfections, they seemed derailed from the start.

It began on Thursday with Sergio Garcia’s suggestive tweets the USGA could have done better. On Friday, Henrik Stenson fanned the flames by calling the greens "broccoli." The largely-diplomatic McIlroy was soon pulled into the muck and dropped "cauliflower." Lee Westwood, whose time is running out to win a major, had his cheeky moments online as well. On Sunday, Ian Poulter broke his silence on Instagram around the time the leaders made their way to the back nine with 327 words of indignation going so far as to suggest an apology from the USGA ( who put up a $10 million purse) was in order (a sentiment Billy Horschel echoed just hours earlier on the podium).

No doubt, it’s been a golden age for European golf, a high council of all-stars led by their rosey-cheeked four-time major champion. We've seen it in their recent major and Ryder Cup dominance. McIlroy, Justin Rose, Martin Kaymer and Graeme McDowell have all won U.S. Opens on a variety of setups.

Yet top-10 players like Rose and Stenson were non-factors on the weekend, leaving McIlroy and lesser-known Shane Lowry as Europe’s last grasps. McIlroy made a spirited charge on Sunday, but he never threatened past his birdie on 13 and suddenly it was apparent Europe would leave Chambers Bay empty-handed.

Americans do the talking on Sunday

When Jordan Spieth hit the par-5 18th hole in two shots, it became clear an American was poised to win back the U.S. Open.

Spieth and Dustin Johnson were hardly immune to their criticisms of Chambers Bay. But, perhaps because they were in contention from the start, their tone seemed less defeatist than their disgruntled peers on both sides of the pond.

Spieth, when asked about the greens early in the week seemed more analytical than upset, describing in detail different paces on different holes and the misleading speed on the practice green.

His caught-on-camera critique of the par-4 18th, later elaborated on after the round, was a savvy, veteran-lobbying session, like Phil Jackson at the podium ensuring Shaq gets his room in the paint. The USGA will never admit Spieth and others' analysis of the hole swayed their decision to make the 72nd hole a par 5, but the setup committee did know the winds would be shifting to the north on Sunday for days, yet made no word of their intentions to change their plans until last minute.

Meanwhile, Johnson, carrying himself with his usual nonchalant stride and back page-worthy quotes all week, preferred to speak of his ball-striking clinic, highlighted by hitting 14/14 fairways on Saturday including two greens on par 4s.

On Sunday, he could have blamed the greens but instead took the high road; humility normally reserved for his father-in-law, Wayne Gretzky.

"I thought I was hitting them pretty good and they just weren't going in," was all he could explain – and that’s something we hear from runner-ups when most majors are over.

No excuses at St. Andrews

Now, the scene shifts from a modern links "on steroids" to St. Andrews, a place where any disparagement of the grounds in all certainly results in a lifelong condemnation from Old Tom Morris and his fellow souls in golf’s high kingdom.

It’s the purest test in the world with turf conditions as fine as you’ll ever walk; enormous, smooth greens, perhaps the truest 18 surfaces (or, 11 to be correct) on Earth. Unfortunate bounces from humps and bumps are viewed not as manufactured from the mad mind of Mike Davis but rather an appropriate sentence by the Alpha and Omega of our grand game.

A European hasn’t won on the Old Course since Nick Faldo in 1990. White-hot Spieth heads here for the first time in championship conditions having proved he doesn’t need much experience with a complex golf course to win. McIlroy, meanwhile, hopes to defend his claret jug and retain his weakened hold of the No. 1 position in the world.

Leave it to the Old Course to bring a little civility back to this game.