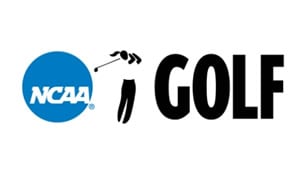 Getty Images
PHOENIX - MARCH 27: Anna Rawson of Australia tees off on the 16th hole during the second round of the J Golf Phoenix LPGA International golf tournament at Papago Golf Course on March 27, 2009 in Phoenix, Arizona. (Photo by Christian Petersen/Getty Images)  -

Heading into last week’s Board of Trustees meeting, Furman men’s golf coach Todd Satterfield was expecting a status update, not a death sentence.

He knew the Greenville, S.C., school – not just the athletic department – was in a dire financial situation, estimated to lose about $6.3 million in the 2014-15 fiscal year. And the board faced a simple economic question: Would it bring in more or spend less?

So last Thursday, a day before the board was scheduled to meet, Satterfield received a call from his athletic director, Gary Clark. He wanted to talk, in his office, now.

“I was so taken by surprise,” Satterfield said by phone Thursday, “that I couldn’t even process the information.”

Just last weekend Satterfield was on Hilton Head, recruiting at a junior tournament. Now, less than a week later, he would have to round up his 10-man team and tell them that this spring season would be their last together. The university’s board voted that the men’s golf program – which dates to the 1930s – would be discontinued.

Dazed, Satterfield didn’t sugarcoat the message to his players later that afternoon. The university is in trouble, he said. They need to make cuts, he said. And our team, he said, was merely “caught in the crosshairs.”

The players’ reaction was predictable. Some were angry. Many were upset. Everyone sat in disbelief.

This, after all, was a proud program that had fallen on hard times.

The Paladins have won 13 Southern Conference titles since 1970, seven more than any other school, but have failed to reach the NCAA Championship since the mid-1980s. After making regionals in 2010, Furman won a tournament in each of its next two seasons but is currently No. 122 in Golfstat’s team rankings.

In attempting to justify the decision, the school said in a statement that it conducted an “extensive evaluation of criteria, including public visibility, attendance, competitiveness and overall costs.”

Satterfield, however, admits that the decision “still doesn’t make any sense.”

• In terms of visibility, what more can a school with 2,700-plus students truly do? Furman has one home tournament, and the players are visible in the community and on campus. Satterfield is one of the most well respected voices in college golf, the president of the Golf Coaches Association of America. Todd White, a Furman alum, was a member of the 2013 Walker Cup team.

• From an attendance standpoint, well, the golf team will never be as big of a draw as the basketball team, and it’s fair to wonder how the school’s other sports stack up, too.

• Facing a $6.3 million deficit, the school decided that the only varsity sport it would eliminate was men’s golf, despite the fact that its budget – including salaries, travel and scholarships – is just $400,000.

“That’s like an eyedropper in a bucket full of water,” Satterfield said.

As for the competitiveness of the team?

“I know as well as anyone we’ve been down the last couple of years,” Satterfield said, “but we were starting to get some traction and get going in the right direction. Our finishes weren’t great, but our stroke average was getting better. I had some good recruits coming in next year.”

The reality, of course, is that men’s golf probably wouldn’t have been axed had it been a top-50 program. But it’s not, not this year at least, though the players seem hell-bent on making this last semester count.

That, in fact, has been the least surprising development of the past week. A day after the announcement, the Paladins were supposed to have a qualifying tournament for their spring opener. The outlook seemed bleak.

“You guys have the heart to play tomorrow?” Satterfield asked them.

The answer was a resounding yes, and the players have attempted to move on the best they can. They still rise for 6 a.m. workouts. They still work on their games despite the unseasonably cold winter.

Away from the course, an unexpected groundswell of support has developed.

One of Satterfield’s former players, T.J. Blandford, a 2006 graduate, has started an online petition to appeal the decision. “The decision to end this program hurts me deeply,” he wrote. “It feels like a poorly considered decision that trivializes the efforts of so many people. We all deserve better.”

As of this writing, the petition has signatures from more than 2,300 former players, supporters and fans – nearly the population of the entire school.

Some of Furman’s most notable alums – PGA Tour winner Brad Faxon for the men, Betsy King, Dottie Pepper and Beth Daniel on the women’s side – also have voiced their disappointment with the decision.

Yes, Satterfield reads your messages, and he is warmed by your support. But when so many things still don’t make sense, when the emotions are still so raw, the school’s 18-year head coach simply wants to spend the remaining three months with his players, not be the face of some political movement.

“I hold out a lot of hope that something can be reversed,” he said, “but I’m not totally optimistic.”

When the spring season is over, the players likely will go their separate ways. Some have already been contacted by other schools. A few will probably need to sacrifice academics to pursue their dreams of being a professional golfer. These are the casualties of bottom-line decisions.

No, they’re inspired to do something incredible.

“I wouldn’t expect anything else,” Satterfield said.