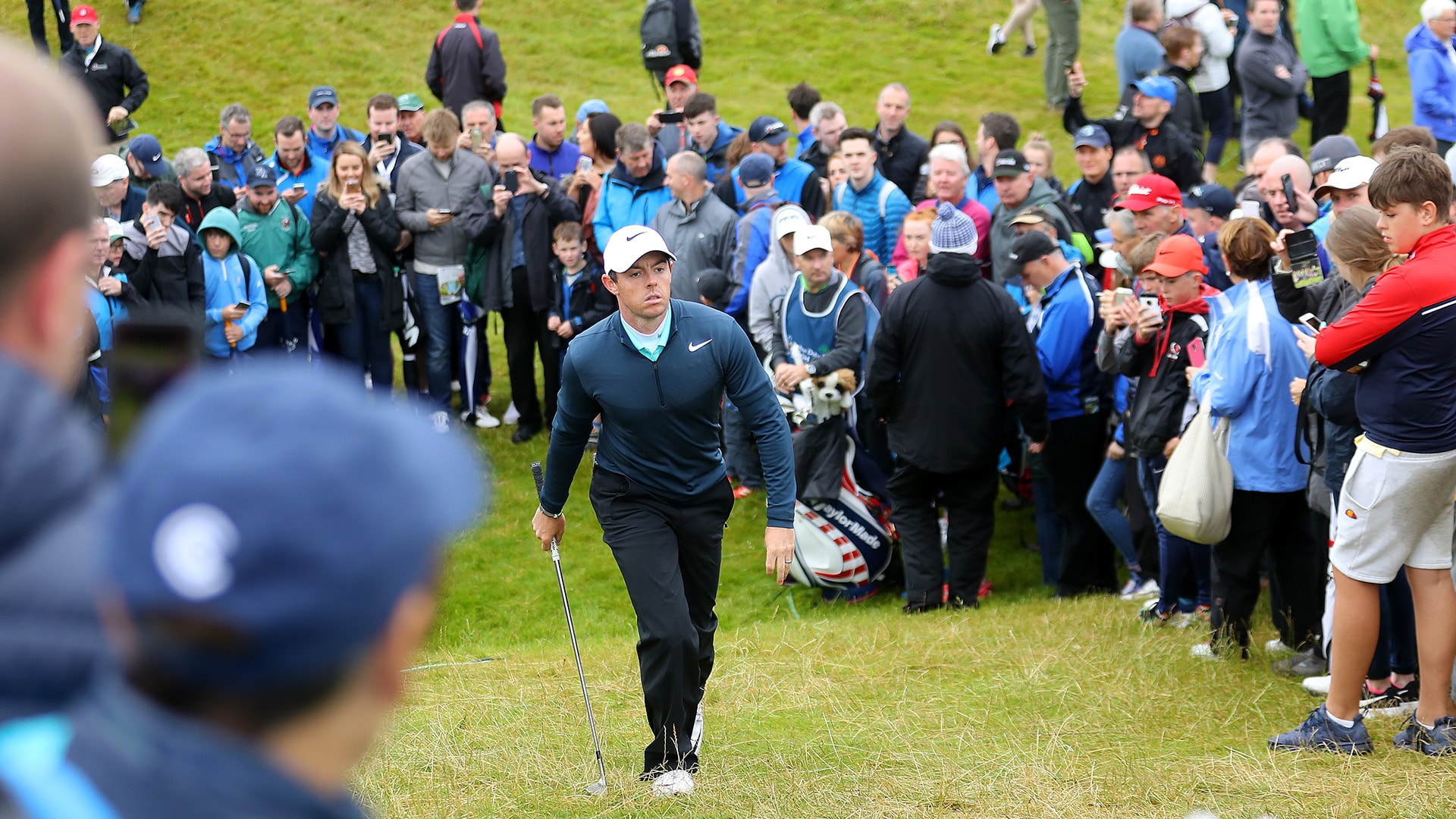 PORTSTEWART, Northern Ireland – Look closely enough and you can see specks of gray at Rory McIlroy’s temples, silver curls in that unruly and utterly fantastic mane.

On Friday at Portstewart Golf Club, they provided a fitting metaphor for an overwhelmed golfer, one who had spent the early part of his week serving as the Dubai Duty Free Irish Open’s tournament host and the latter part in search of his game.

“It’s been a really frustrating year,” McIlroy said in the aftermath of his fourth missed cut in his last five starts in this event. “Just hasn’t really went the way I wanted it to.”

The week began with such promise, with McIlroy citing the energy gained from his final-round 64 at the Travelers Championship two weeks ago and a remarkable 10-day links-golf adventure that followed. (He played Royal County Down, Royal Portrush, Portstewart and Royal Birkdale, the site of the 146th Open).

He spoke of finding the balance in being the Irish Open tournament host and its defending champion.

He quipped of slipping to No. 4 in the world, “Back to Ringo.”

And he seemed relieved to have taken a break from Twitter, where last month he feuded with provocateur and fellow major champion Steve Elkington, who questioned McIlroy’s motivation in the absence of Tiger Woods.

Though he kept a busy pre-tournament schedule, including a Tuesday night event more than an hour away in Belfast, he said he’d learned to compartmentalize his roles.

And then came Thursday and Friday, and scores that left McIlroy 14 shots from the lead, 13 behind playing partner Jon Rahm and five from the cut.

“I felt like I was playing well coming in here,” McIlroy said after rounds of 72-73. “I was shooting good scores. I was confident. Just when I needed to play well and shoot the scores that I was shooting last week, it just wasn’t there.”

Said Rahm: “I can think of 12 putts that just caught the edge. It’s unbelievable that just one of those didn’t drop in. Just one would have shifted the attitude completely. He’s playing well. I know he’s not happy, but probably looking up to The Open, he’ll be just fine.”

McIlroy said he wouldn’t blame his hosting duties, adding that he should have been able to shoot two rounds in the 60s while standing on his head, the conditions at Portstewart were so good for scoring.

But in a year that has included an equipment change, an injury, a wedding, a social media spat, rampant putter swapping and missed cuts at Erin Hills and Portstewart, there has been little room for the level of play McIlroy and others have come to expect.

Few can find it quicker than McIlroy, who turned back an unsatisfying 2016 regular season with two playoff wins to snatch the FedExCup last season, but he has spent the bulk of this year far from the heat of contention.

The fixes needed for 2017 are few, he said. A better pitch shot here, a smarter decision there, but time is short for a turnaround.

McIlroy walked off the course on Friday looking unsettled. He’d planned on more than 36 holes but now will spend the weekend practicing for the Scottish Open and The Open.

He is also expected to turn up Sunday at Portstewart, where he will hand out a trophy to a fellow competitor while surely wondering when is the next time someone will be handing one to him.