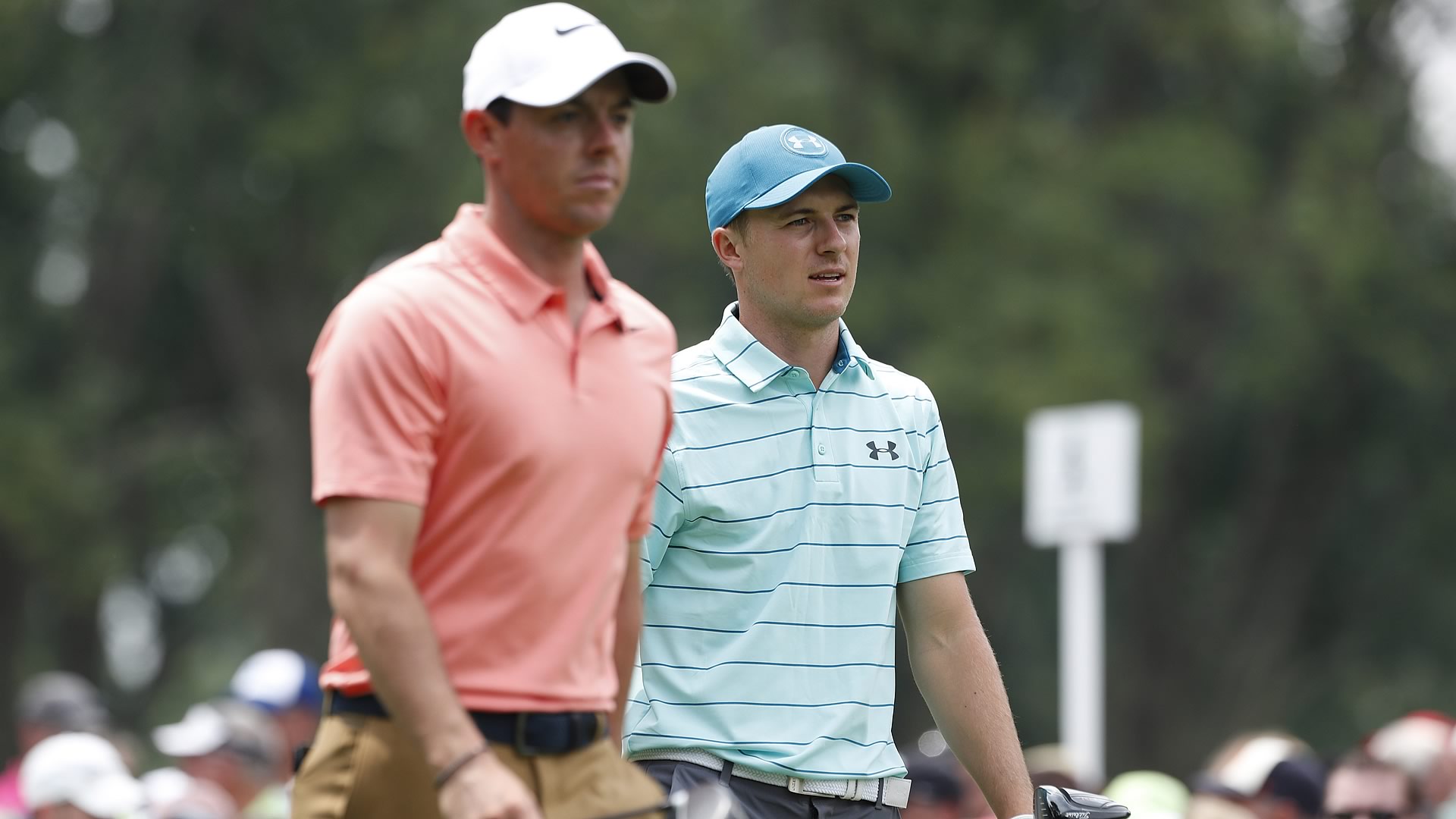 In his boyhood home in Holywood, Northern Ireland, Rory McIlroy could rattle off Tiger Woods’ records as if he was doing his ABC’s.

“I first saw Tiger on TV at the 1996 U.S. Amateur – he beat Steve Scott at Pumpkin Ridge,” McIlroy said back in the spring of 2009 at age 19. “Then he turned pro quite soon after, he won Las Vegas and he won a few others and then he won the Masters a year after. I had a poster of him on my wall. I had a replica scorecard after the 1997 Masters, the final round.”

Halfway around the world, Jordan Spieth was quietly charting Woods’ achievements as well, measuring himself against Tiger even as an amateur.

“Any time you can be compared to any of Tiger’s accomplishments, it’s very special,” Spieth said a week before his 18th birthday in 2011 after winning his second United States Junior Amateur. “You know, he won it three years in a row. I’m glad to have gotten two of them. Now that I can’t win them anymore I’m going to go after the [three U.S.] Amateurs that he won.”

Spieth would never get the chance, ultimately turning pro after a year at the University of Texas, but he would be chasing other Woods records soon enough, including this week at the PGA Championship at Quail Hollow Club, where he can become the youngest to win the career Grand Slam – 154 days earlier than Woods.

It is only appropriate that McIlroy, with his two wins and a runner-up finish at Quail Hollow, is best positioned to stop him and preserve his opportunity to be the next player to complete the slam next year at the Masters.

All of these years removed from their teenage youth, across oceans and time zones, Spieth and McIlroy have separated themselves from their peers by their remarkable (but very different) gifts as golfers, but also for their mirror-like success in the majors.

In this age of parity, with Dustin Johnson as the No. 1 player in the world and Hideki Matsuyama as the hottest and Jon Rahm ascendant and Jason Day ever dangerous, Spieth and McIlroy draw more comparisons to Woods than anyone in the game.

They have earned that distinction.

And whether they know it or not, the emerald fairways of Quail Hollow could serve as the clearest opportunity yet to establish the true heir to Woods’ throne.

“Rory is a guy who is very difficult if you come into a one-on-one-type situation no matter where it is and especially in the majors because he’s not afraid to hit the shot,” Spieth said Wednesday. “He plays so aggressively and that’s what you have to do to win. He won this tournament by eight shots [at Kiawah Island in 2012]. If you’re matched up on Sunday … he is one to fear in that position because of what he’s capable of doing and how he’s doing it.”

McIlroy is similarly enamored with Spieth’s skills, which were on full display at The Open at Royal Birkdale.

“He has got the knack,” McIlroy said Tuesday. “I call it resilience. It’s a mental thing. You can stand and hit the shots that he was hitting for those last five holes at The Open on the range, no problem. But being able to do it under those circumstances, under the pressure, that’s what makes him so good. Being able to forget about a bad shot and move on to the next one, that’s his great weapon.”

Neither Spieth, 24, nor McIlroy, 28, is entirely comfortable with comparisons to Woods, an indication of the respect each has for the 14-time major champion and the knowledge that a career can be a long and winding road.

While both have benefitted from Woods’ example, each has also come under scrutiny for the inevitable dry patches in a career.

After his spirited run for an in-season Grand Slam in 2015, Spieth couldn’t shake the doubters when his 2016 didn’t measure up.

McIlroy hasn’t won a major since 2014, but he is less than a year removed from winning two PGA Tour playoff events and the FedExCup.

While the victories are celebrated with dizzying prize money and endorsement portfolios - made possible in large part by Woods - every wobble is a chance for renewed investigation and criticism.

“Tiger had very parallel wins in the way that he got it done, but that was almost like a robot,” said Spieth, pointing to Woods’s dependability as a front-runner. “Don’t really expect that to happen with myself based on what I’ve seen the first few times.”

What Spieth and McIlroy have given us, though, is the next best chance for a great rivalry and, perhaps, a few echoes of Woods.

One is a dominant driver of the golf ball, the other a master on and around the greens. Each believes that on his best day he is the player to beat.

It’s a mindset born in the heart of the Woods era and nurtured both in a childhood in windswept North Texas and chilly Northern Ireland – and on display this week in Charlotte, N.C., and beyond.