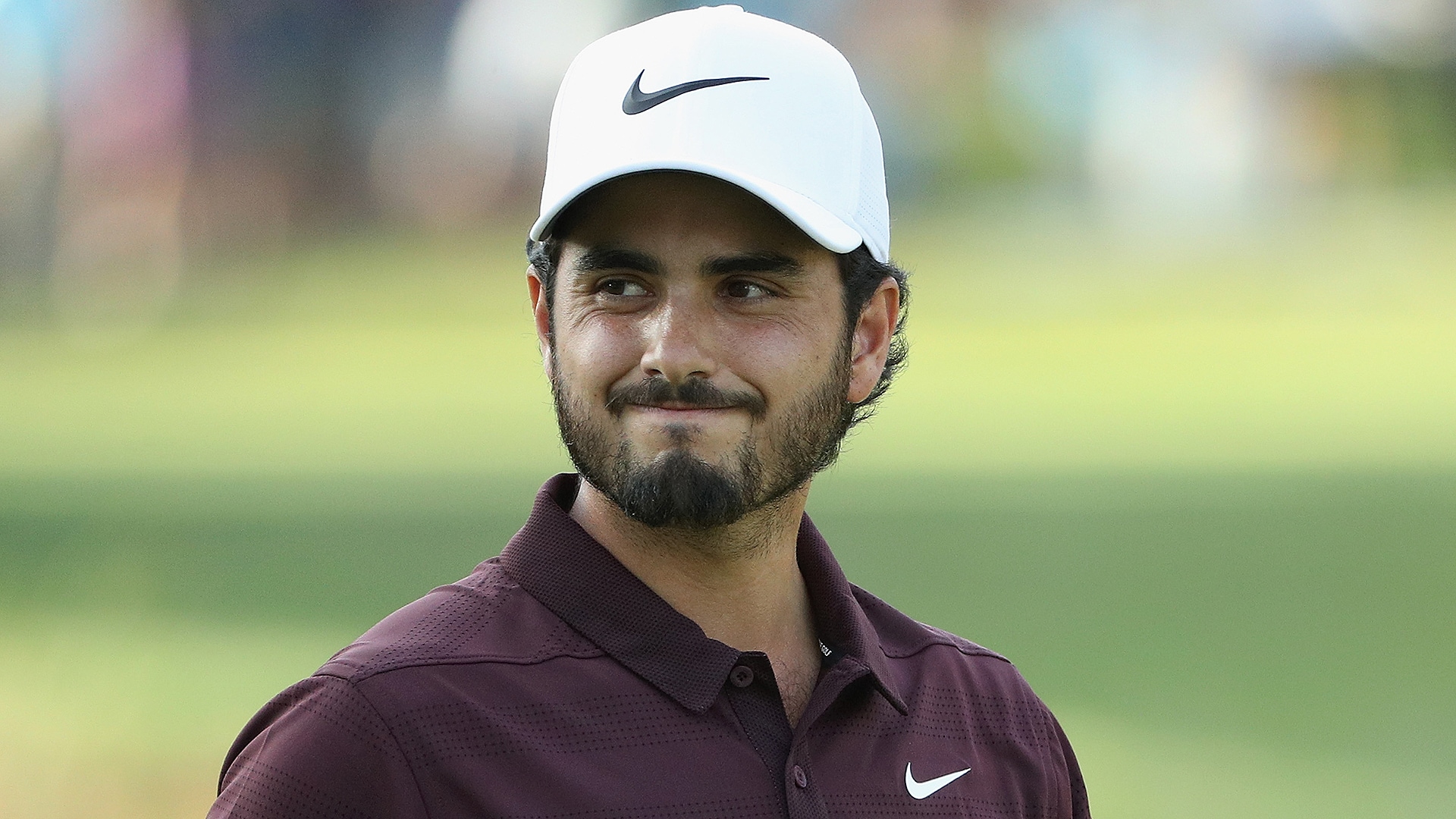 NORTON, Mass. - Abraham Ancer of Mexico learned the hard way that a game that got him to the PGA Tour was good enough to win.

A Labor Day finish on the TPC Boston will be his biggest test.

Ancer opened with three straight birdies, had a birdie chance on all but one hole and shot a 6-under 65 that gave him a one-shot lead going into the final round of the Dell Technologies Championship that could change his career.

He showed up at the second FedEx Cup playoff event at No. 92 in the standings, hopeful of getting into the top 70 to keep his season going. A victory would send him to East Lake for the Tour Championship and give him a spot in all four majors.

But one look at the leaderboard is enough to suggest that 18 holes is a long way off.

Right behind is a player who had the lowest score before the largest gallery at the TPC Boston. That would be Bryson DeChambeau, who played with Tiger Woods for the first time in competition and delivered a 63 to get within one shot of the lead.

Tyrrell Hatton had a shot bounce off a cart and into the woods, never to be found, leading to double bogey. He still managed a 69 and joined DeChambeau one off the lead. They were among 10 players within four shots of the lead, a group that includes major champions Justin Rose, Rory McIlroy and Jordan Spieth.

''I just know to win I've got to play good,'' Ancer said. ''There's no way if you play sloppy you're going to win out here. So I know I have to put up a good score out there tomorrow. And I know if I follow my game plan and make some putts, that could happen.''

Woods had to settle for a 69 that left him in a tie for 16th, six shots behind. At least he saw plenty of good golf. DeChambeau has become of his regular practice partners, though they had never been in the same group until Sunday.

DeChambeau opened with two birdies and finished even stronger, with short birdie putts on the 16th and 17th, and then a 5-iron from 237 yards that stopped rolling 2 feet from the hole for an eagle.

''He's my childhood idol,'' DeChambeau said. ''I've admired him my whole entire life. And to be finally able to play with him under tournament conditions, it was different. I was a little nervous, for sure. But I was able to get out there and execute shots and worry about my game and focus on hitting the best shots possible. And I was able to play really well like that.''

Not since Vijay Singh in 2008 has anyone captured the opening two FedEx Cup Playoffs events. DeChambeau led by four shots at Ridgewood Country Club last week and never was seriously challenged. This time, the 24-year-old Californian will have to come from one shot behind against a 27-year-old playing in only his 49th PGA Tour event.

Hatton had the lead until his approach on the par-4 12th went off a cart path and into the trees, and a search party of some three dozen fans and volunteers never found it. He did well to escape with a double bogey, and then finished with a birdie for a 69.

McIlroy was making a charge until hitting into the water on the 16th hole and missing a short putt at the 18th. He had to settle for a 68 and was in a group at 9-under 204 that included Beau Hossler (68), Ryder Cup hopeful Tony Finau (67) and Spieth (68).

More than being six shots behind, Woods has to climb past 15 players. He handled the par 5s, but didn't make much else and spent some 45 minutes on the putting green after his round.

''I didn't get a lot out of my round today,'' Woods said. Looking ahead to Monday, he said he would need a round like he saw from DeChambeau.

''I've got to make a bunch of birdies, get off to a quick start and just get rolling early,'' Woods said. ''Kind of do what Bryson did today.''

Ancer knows what it's like to be among the chaotic atmosphere that Woods brings to a tournament. He played in the group ahead of Woods in the third round of the Quicken Loans National, heard the cheers and delivered a 62 that hardly anyone saw.

He didn't play his best from the final group, but it wouldn't have mattered with Francesco Molinari closing with a 62.

Ancer got hot again, putting for birdie on every hole except No. 12, where he made a mental mistake by hitting 3-wood off the tee into a breeze and into a bunker. He was able to advance it only 100 yards on the 510-yard par 4.

Even with seven birdies and a 65, Ancer missed three birdie chances inside 10 feet, including a 5-footer on the par-5 18th.