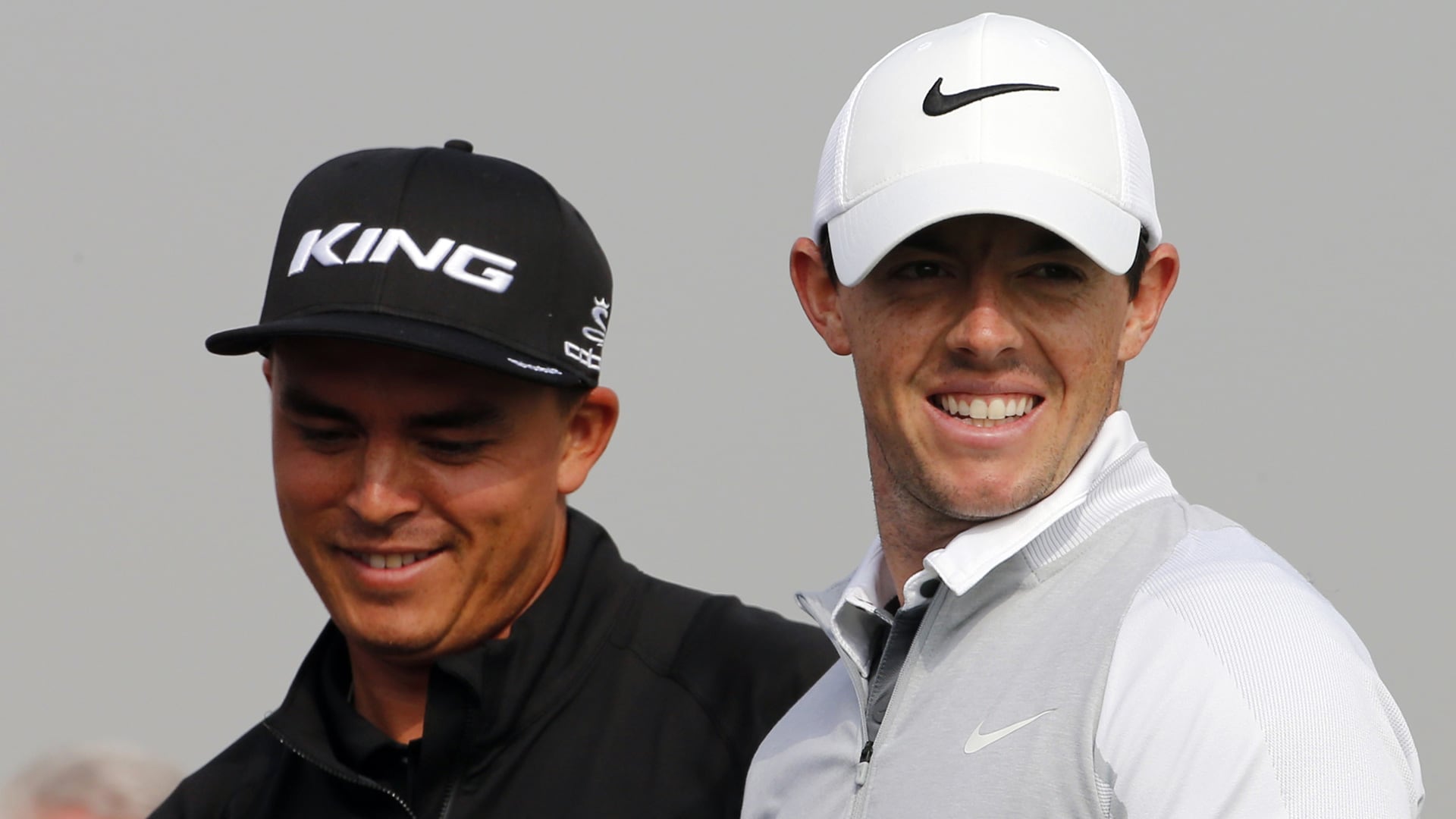 For the first time in more than a decade, golf is getting another prime-time exhibition. Except this one will be live - under the lights.

Quicken Loans is finalizing details for a match involving Rory McIlroy and Rickie Fowler a week before the U.S Open, a person familiar with the negotiations told The Associated Press on Monday.

The person spoke on condition of anonymity because the match has not been announced.

The match would be at Detroit Golf Club on June 7, the Tuesday before U.S. Open week begins at Oakmont outside of Pittsburgh.

The first two hours would be televised live by Golf Channel, followed by the 9-11 p.m. slot shown live on CBS. It was not clear how many holes would be broadcast under the lights.

Unlike the Monday night matches involving Tiger Woods in 1999 and 2000, there would be a celebrity component with this exhibition. The person said it would be ''Team Rory'' against ''Team Rickie.''

Still to be determined are the celebrities and the format.

Quicken Loans, the Detroit-based mortgage company, is no stranger to offbeat sporting challenges. It already has staged the first college basketball game on an active aircraft carrier, and two years ago offered $1 billion to anyone who completed a perfect bracket in the NCAA college basketball bracket.

In golf, it became title sponsor of the Quicken Loans National, hosted by Woods, in 2014 and has a personal endorsement deal with Fowler. As part of its PGA Tour involvement, Quicken Loans has a sweepstakes in which it pays someone's mortgage for a year when a PGA Tour player makes a hole-in-one.

McIlroy, who is No. 3 in the world going into the Northern Trust Open this week at Riviera, and Fowler (No. 4 in the world) are two of the most popular figures in golf.

Both live in South Florida, and Fowler last year played in the Irish Open to help out McIlroy because of McIlroy's involvement.

Golf has a heritage of such exhibitions. A century ago, the value of winning a major was to be selected to compete in such exhibitions, where the prize money was greater than anything won at a major.

Woods resurrected that concept in 1999 with the ''Showdown at Sherwood'' against David Duval (they were No. 1 and No. 2 in the world at the time), and a year later against Sergio Garcia.

Those Monday night exhibitions got away from head-to-head matches and switched to team events that included women and seniors. They stopped in 2005.

The rating peaked in 2000 at 7.6, and dropped to 3.0 in 2005 when Woods and John Daly played Phil Mickelson and Retief Goosen at the Bridges on Rancho Santa Fe. Lights were only used at those matches when it got too dark.

Woods and McIlroy played a stroke-play exhibition in 2012 in China that was available through live streaming in America.