Day stays ahead in wet conditions at Bay Hill 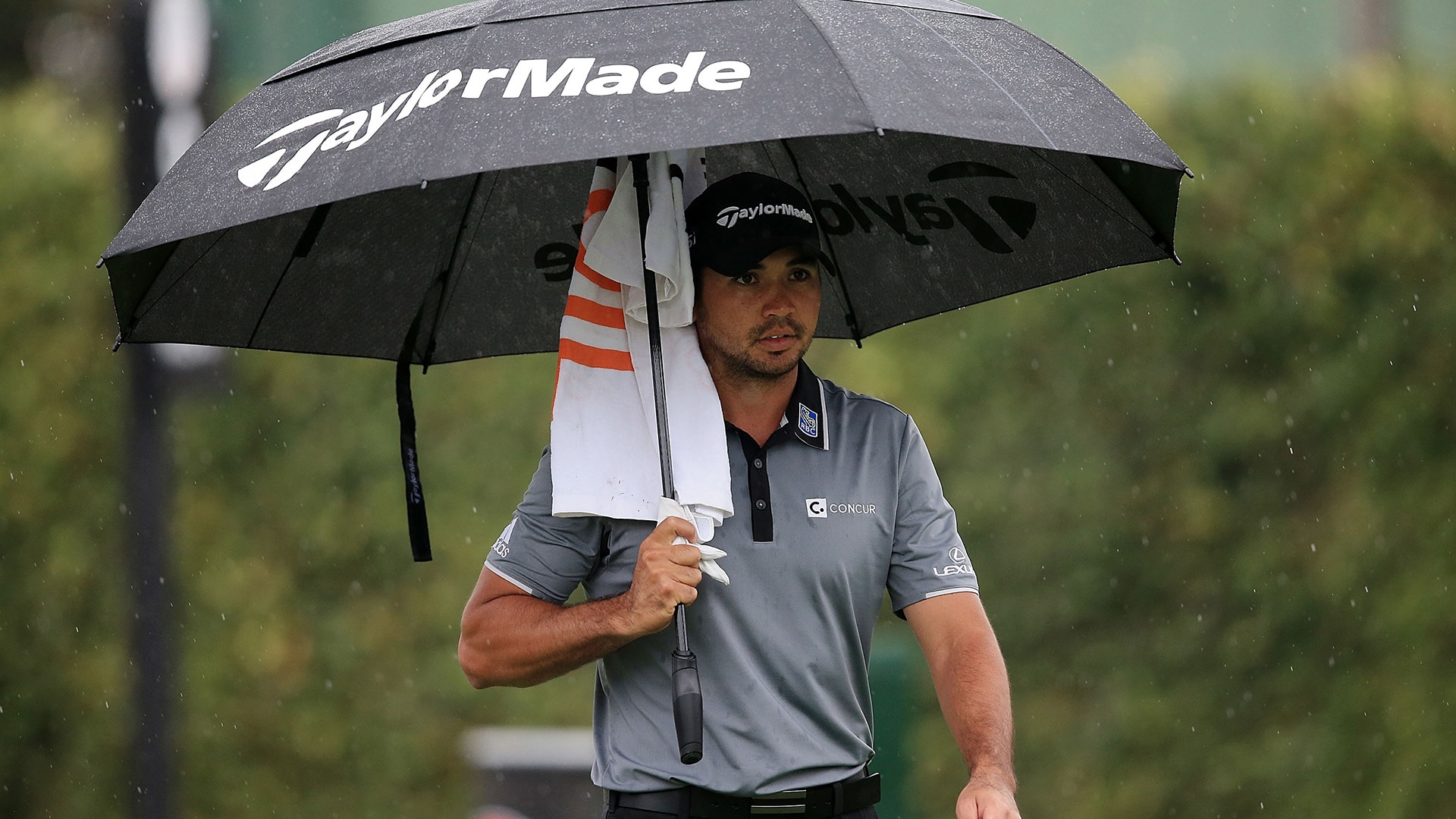 ORLANDO, Fla. – Jason Day survived bursts of rain and a few bogeys for a 2-under 70 to keep his two-shot lead Saturday in the Arnold Palmer Invitational.

The starting times were moved forward to avoid a forecast of thunderstorms in the afternoon. Players still had to cope with occasionally heavy rain, though Bay Hill held up nicely and so did the 28-year-old Australian.

''I felt like I couldn't get any momentum, especially with the umbrella up and down, the rain gear on and off,'' Day said. ''All that said, I feel like I stayed patient to ground out a 2-under par.''

It was a grind for everyone.

But the next hole was the start of some frustrations. Stenson found a plugged lie in the bunker, didn't try anything fancy and accepted a bogey. He caught two other buried lies in the sand, one that cost him momentum. His tee shot narrowly missed clearing the bunker on the par-5 12th and plugged under the lip. Stenson could only hit wedge to get out and made bogey. That cost him a share of the lead, and Stenson never caught up.

''It's definitely a case of staying out of the sand,'' Stenson said.

Day made bogey from the bunker on the second hole, and he dropped another shot on the 11th when his approached bounced down the slope just short of the green and into the water. But he made up for it with three birdies on par 5s and chipping in for birdie on No. 8.

Day will be in the final group with Merritt, who won for the first time on the PGA Tour last year at the Quicken Loans National by three shots over Rickie Fowler. Stenson will be in the penultimate group with Chappell, who is playing his 150th PGA Tour event and still trying to win.

Chappell got sick on Thursday and still hasn't quite recovered, which in a way might have helped. With limited energy, he's been trying to keep it simple, and so far it has worked out nicely. Chappell was two shots behind going into the final round at Riviera, which he knew well from his days at UCLA, and he closed with a 76. He played in the final group at Sea Island last year, three shots behind, and was runner-up to Kevin Kisner.

Day, however, presents a strong challenge for everyone chasing him.

Justin Rose (71) and Derek Fathauer (69) were four shots behind and still capable of a rally. No one else was closer than five.

Adam Scott, coming off back-to-back victories on the Florida swing, was trying to at least give himself a chance when he was 9 under playing the 18th. He went into the water with his second shot and made triple bogey, posting a 70 to fall nine shots behind.

Rory McIlroy doesn't have much at stake, either. Whatever momentum he was trying to find ended with an approach into the water on the 18th (his ninth hole), and he made two more double bogeys on his way to a 75. He was 16 shots behind.

Day hasn't won in six months. Then again, this is only his fifth tournament since then. Even though he has experience with the lead - six shots at the BMW Championship, two shots at the PGA Championship - it felt good to feel the nerves of trying to protect a lead in the final round.

''It's good to be back in contention,'' Day said. ''I love the feeling of being in the lead. Now I have to push forward until Sunday is done.''

Day would love to get back to No. 1 in the world. A victory on Sunday would at least get him within range of Jordan Spieth with the Masters approaching.