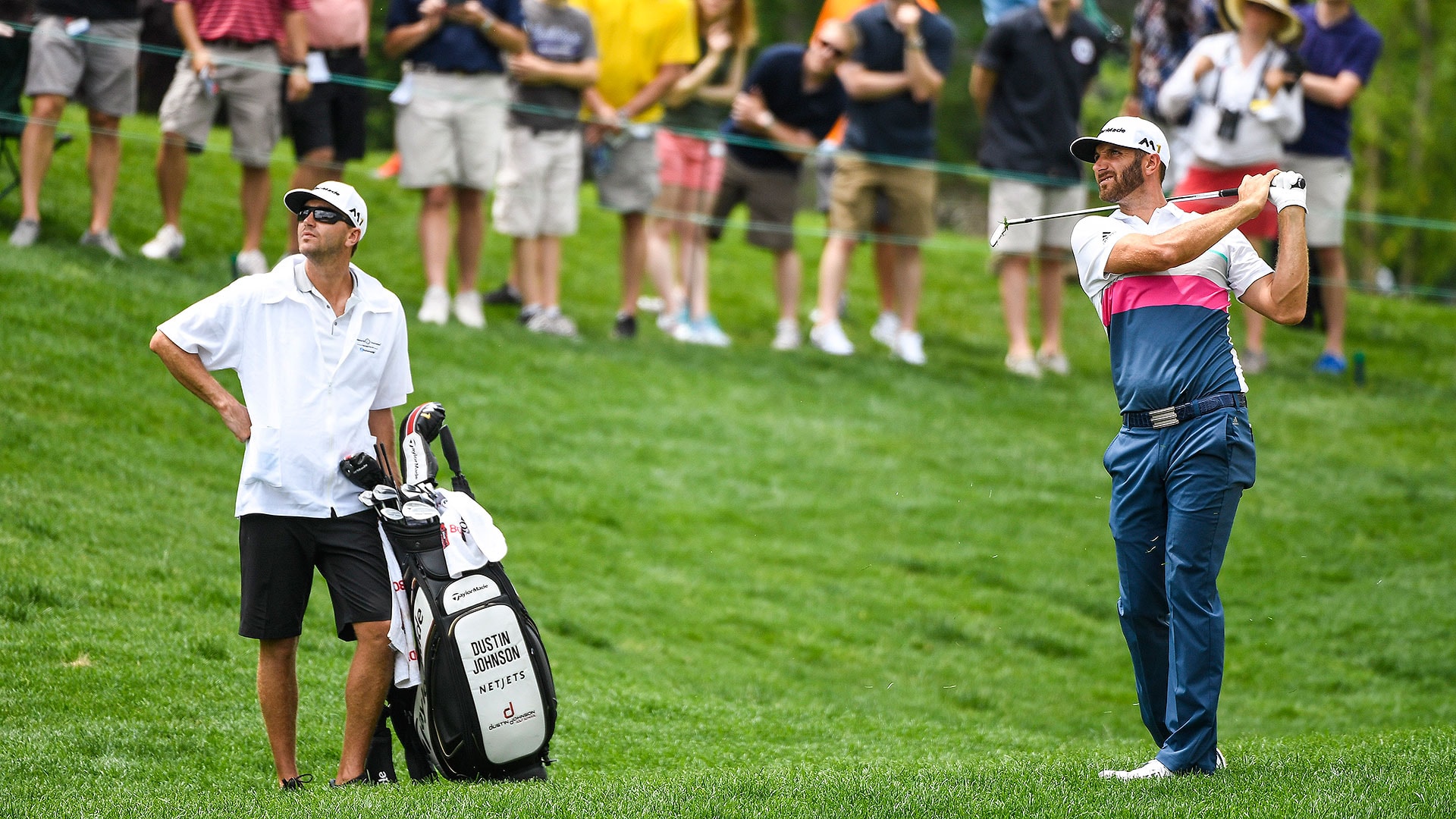 DUBLIN, Ohio - Dustin Johnson is one of the biggest hitters in golf, and he grabbed a little attention from the Big Three at the Memorial on Thursday.

But not all of them.

Johnson had three bursts of birdies and shot 8-under 64 for a one-shot lead over Brendan Steele.

Two shots behind was Jason Day, the No. 1 player in the world and a member at Muirfield Village. Day rallied with three birdies and an eagle on the back nine for a 66. That's his best score on this course.

The other part of the Big Three lagged behind.

Jordan Spieth's putter saved him in a scrappy round that he turned into a 70. Spieth one-putted his opening seven holes. Rory McIlroy went back to a conventional putting grip and shot a 71.