Haas leads DeLaet by 1; Spieth 6 back 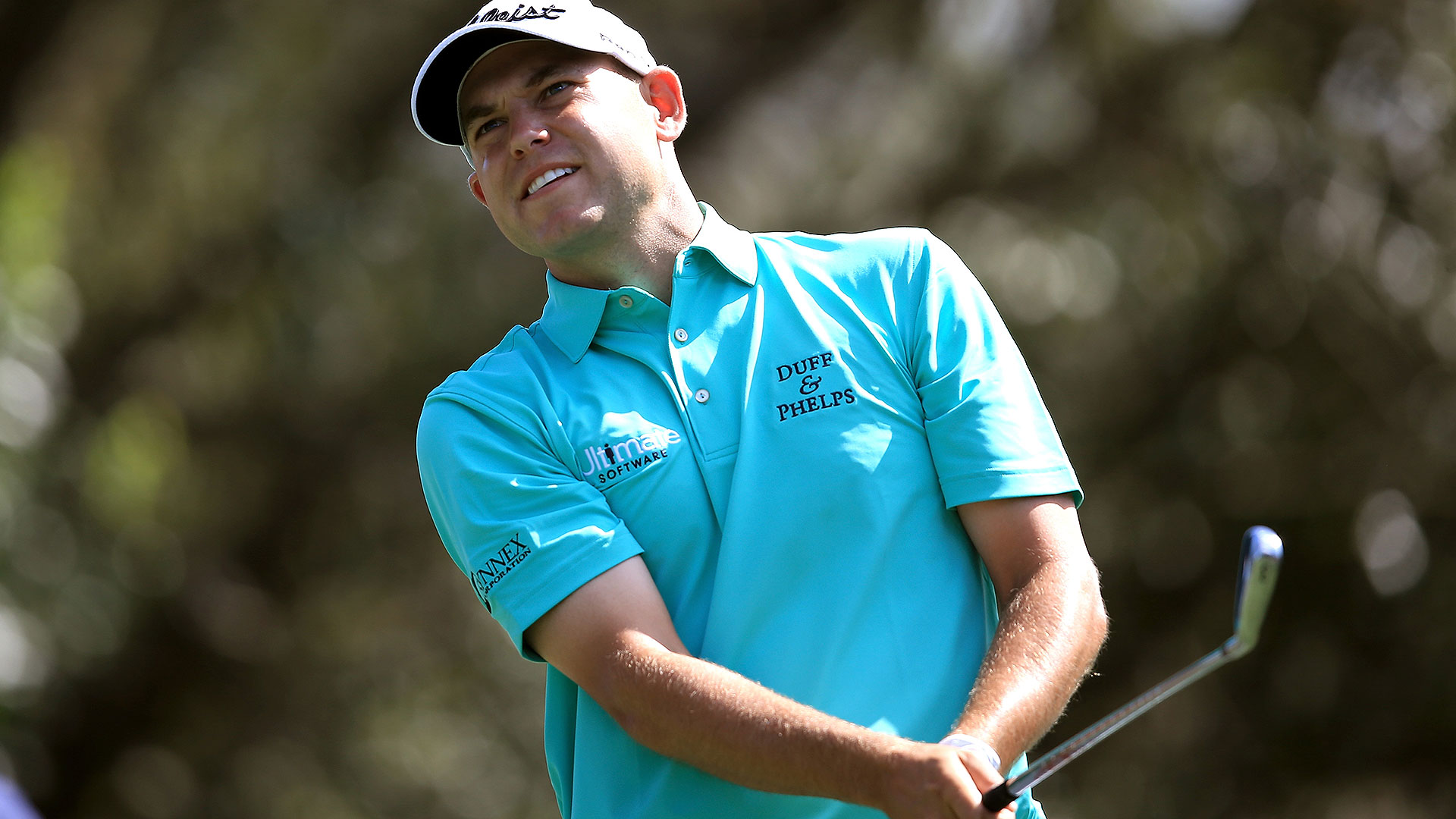 PALM HARBOR, Fla. - Bill Haas took a swing tip from his father on Tuesday and converted it into a 54-hole lead at the Valspar Championship.

Haas atoned for a three-putt bogey on the 13th by chipping in for birdie from behind the 15th green on his way to a 4-under 67 on Saturday at Innisbrook, giving him a one-shot lead over Graham DeLaet of Canada going into the final round.

Jay Haas, a nine-time PGA Tour winner and the Presidents Cup captain the last two times, had a week off from the PGA Tour Champions and spent three days with his son. It was on the par-5 fifth hole during a practice round that the father suggested Haas use a more abbreviated follow-through on his swing to get his hands moving faster.

It seems to have worked.

On a Copperhead course that has yet to yield a round lower than 66, Haas put together his second straight 67 to reach 8-under 205.

DeLaet, now sporting a beard that would make Old Tom Morris proud, pounded a shot out of the rough and over the water to 3 feet on the par-5 14th for an eagle that shot him up the leaderboard, and he finished with a 68 to get into the last group.

It's still up in the air on Sunday because of the nature of Innisbrook, which takes shots away more often than it gives up birdies. Six players were within four shots of the lead, and even Jordan Spieth believes he is still in the mix.

Spieth, who opened his title defense with a 76, made the cut with one shot to spare on Friday and moved into a tie for ninth on Saturday with a bogey-free 67 in which he holed a long eagle putt and made a pair of key par saves coming in.

"To think after the first round that I might be able to sleep with a chance to win the golf tournament, I'm very pleased with that," Spieth said.

Charley Hoffman (67) and Ryan Moore (69) were three shots behind.

Charles Howell III holed a bunker shot for birdie on No. 12 only to three-putt from 70 feet on the closing hole for a 70. He was four shots behind, though still has a reasonable chance to win and earn a return to the Masters, which motivates the Augusta, Georgia, native this time of the year.

He was amazed to still be this close to the lead.

"This course continues to surprise me in that it just doesn't give up good scores," Howell said. "What am I? Tied for fifth? I would have thought the lead would be 10 or 12 under, and more than one guy there. But maybe that's just me getting my head beat in."

Steve Stricker, who shared the 36-hole lead with Will MacKenzie, didn't make another birdie after the fifth hole and had to settle for a 72. He also was at4-under 209, along with Patrick Reed (68), whom Spieth beat in a playoff last year at Innisbrook.

In the group with Spieth was Lee McCoy, the Georgia senior who ran off five straight birdies around the turn and was headed for a rare low score at Innisbrook until he put his tee shot in the water on the 16th and took double bogey. He still shot a 66 and was six shots behind, and he gets to play the final round with Spieth.

Spieth is the defending champion. McCoy knows the course even better. He grew up near Innisbrook, describing his house as a par 5 away from the course. He played Saturday with Gary Woodland, and McCoy told him that he was in the gallery when Woodland won five years ago.

They will be chasing Haas, who is coming off a big moment in his career last October when he won the decisive point in the Presidents Cup with his father as captain. It hasn't carried over, at least not yet. Haas has a pair of top-10s this year, though he has not seriously contended.

"Half of it is these guys are really good," Haas said. "I'm trying to beat some really good players and they're beating me right now. I just haven't been sharp. When the Presidents Cup was won, being in the last match and handling some pressure, that was a great stepping stone for me. Hopefully, it will lead to better things. But I've still got to play well tomorrow."