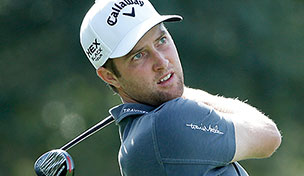 Getty Images
“Winning the Scottish Open was a huge factor in my success the next week at the Open Championship. I was able to acclimate myself to the time change, the weather, the wind, the links conditions and all in the heat of serious competition, which itself was a big added plus.” – Mickelson, in a press release, announcing he would be returning to defend his Scottish Open title this year.  -

ST. SIMONS ISLAND, Ga. – Chris Kirk and Briny Baird each made birdie on the 18th hole Saturday to separate themselves from the pack at Sea Island.

But not by much.

Kirk holed a 25-foot putt for a 2-under 68. Baird followed him with an 8-foot birdie putt for a 67. They were tied for the lead going into the last round of the McGladrey Classic, one shot ahead of Kevin Stadler (65), Brian Gay (66) and John Senden (68).

Asked what it would take to win, Baird flippantly replied, ''One less than the next best guy.''

Doing that remains the trick, and not just for Baird. This is his 365th event in his PGA Tour career, and he still hasn't won. Baird had a chance two years ago at the Frys.com Open when he had the first 54-hole lead of his career and wound up losing in a six-hole playoff.

The top eight players on the leaderboard have combined for seven career wins on the PGA Tour, and that includes Gay's four victories.

Stadler is 0 for 235 in his PGA Tour career, and he wasn't even planning to play Sea Island until realizing he had nothing better to do this week and that after next week in Mexico, the PGA Tour goes into a short winter's nap until January.

Brendon Todd is winless going into his third full season on Tour. He had a 67 and was in the group two shots behind. Jason Kokrak has never won. He had a 69 and was three shots behind. The winner Sunday gets an exemption to the Masters. None of the top eight are exempt to Augusta National.

Baird boosted his chances with three straight birdies at the end - a short iron to 3 feet on No. 16, a 5-iron to about 15 feet on the par-3 17th and a shot that took a reasonable bounce toward the pin for the 8-foot birdie.

''It's a great way to finish and it puts me in a better position going into tomorrow than if I'd have just finished with pars,'' Baird said. ''That would have made the work tomorrow considerably harder.''

Kirk also had to rally late, though he made his three straight birdies in the middle of his back nine. Despite having a birdie putt on every hole, Kirk was 2 over for his round when he three-putted the par-3 12th. He hit it close on the 13th for his first birdie, and then caught a big break after an errant tee shot to the right on No. 14.

The ball was on a cart path, and two drops that rolled down a slope and back onto the path allowed him to place the ball on the slope. Aiming around a tree and into the wind, he used the slope to accentuate his draw and belted 5-iron from 176 yards to 12 feet for birdie. He followed that with a two-putt birdie on the par-5 15th.

Kirk was one of the early residents at Sea Island until moving to Atlanta, though he knows the Seaside course as well as anyone. He also knows what it takes when the leaderboard is loaded with possibilities, a similar situation to when he won in Mississippi two years ago for his only win.

''It's not like you can just go out there and play conservative and try to hold on to your lead,'' he said. ''It's sort of anybody's game. Obviously, I'm happy to be tied for the lead right now because that's one less shot that I've got to go get tomorrow. But I've got to go play a really good round tomorrow, and hope that nobody plays a really great round tomorrow.''

The forecast was for less wind on Sunday, which could add to the element of a shootout. There was no wind in the opening round and the average score was 69.1. With wind on Friday, the course played three shots more difficult.

Kuchar, at No. 8 in the world the highest-ranked player at Sea Island, had his third straight round of 68 and had the largest following after tournament host Davis Love III missed the cut. He made a 10-foot par save on the last hole to stay within four shots of the lead.

''Pretty amazing to do three straight rounds of 68,'' Kuchar said. ''But looks like I'm going to have to go a lot deeper tomorrow to catch these guys.''

Divots: Michael Putnam received a trophy Saturday even though he was 13 shots out of the lead. He was voted the Web.com Tour Player of the Year award for leading the money list on the junior circuit. ... Only one player from the top eight - Chris Kirk at No. 93 - is among the top 100 in the world ranking.