Long road to the PGA Tour for some players 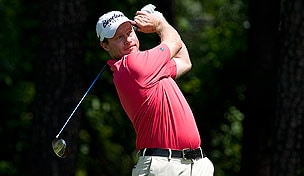 HONOLULU - Gary Christian is among 11 players at the Sony Open who are playing on the PGA Tour for the first time.

It’s a route to the big leagues unlike the others.

He worked as a pension administrator outside London when he finished high schools, two miserable years spared only by the fact his office was down the street from a pub, where he could extend his lunch hour.

He somehow landed at Auburn, where he couldn’t understand the fascination of “alleged amateur American football” until he was invited to his first tailgate party.

When he decided to see if he was good enough to play golf for a living, he supported himself by going door-to-door selling steak knives. And after toiling 15 years in the minor leagues, the 40-year-old finally gets his shot.